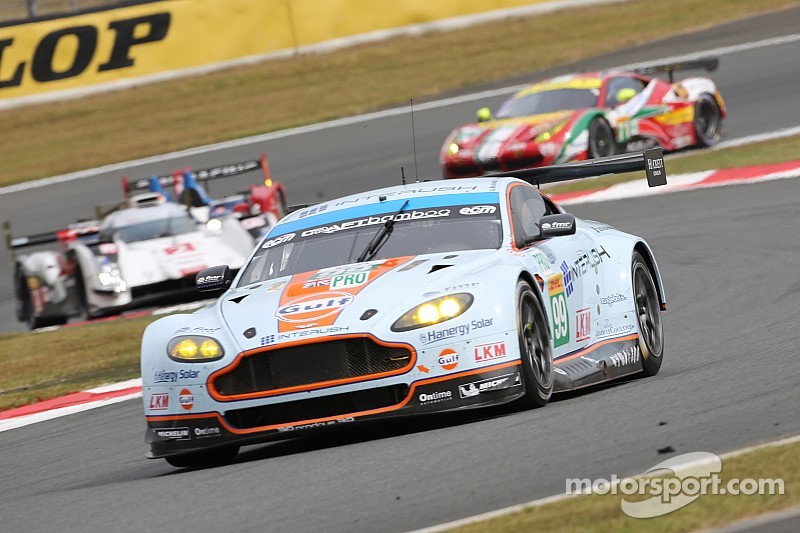 Hong Kong number one race driver Darryl O’Young took debut podium by claiming the second runner-up spot in the LMGTE Pro class at the 6 Hours of Fuji in the FIA World Endurance Championship (WEC) yesterday, taking home his first-ever WEC podium and 16 points for his team to remain sixth in the FIA Endurance Trophy standings.

Darryl and his Aston Martin Racing team started the race weekend in brilliant form, storming to the front to claim pole position in last Saturday’s qualifying. The 34-year-old Hong Kong-based driver, together with teammates Alex McDowall and Fernando Rees, then combined to produce some excellent driving to successfully fend off challenges from two Porsches and another Aston Martin to claim the final spot on the podium.

Speaking of the maiden podium this season, Darryl admits he now targets a stage win next. "It was a great effort by the whole team, everyone did exactly what we have to do and made zero mistakes, and that resulted in the podium finish. I am happy with my stint. I made consistent and quick lap times, and the car handled great. We are happy to grab the first podium and our next target will be for the victory," said O'Young.

The next episode of the “Asia Trilogy” will be held in three weeks’ time in Shanghai, China, where Darryl sees the race on the Shanghai International Circuit a “home” race to him.

Darryl’s FIA World Championship campaign is made possible with the support of his long-time sponsors LKM, FUSPEED, and INTERUSH.