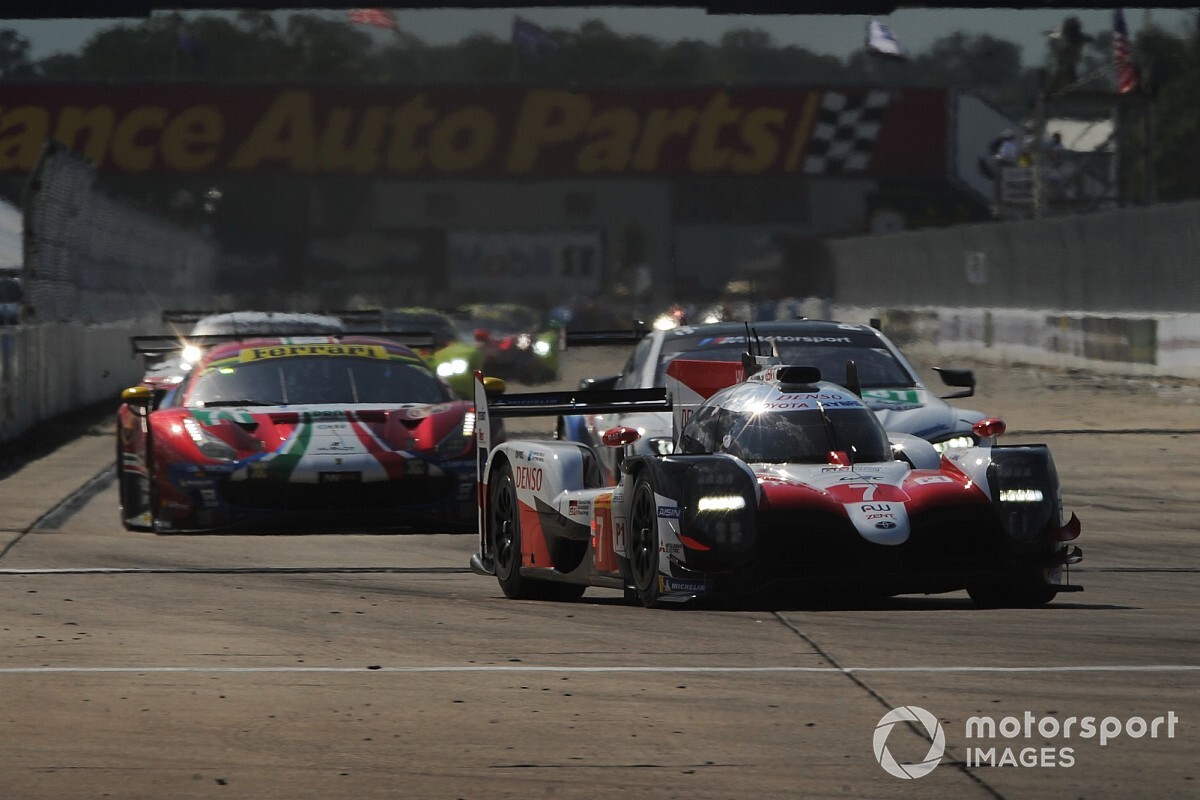 In a post-coronavirus world, motorsport series are going to have to work together more than ever to ensure their survival. That's why the FIA World Endurance Championship should deepen its growing ties with the IMSA WeatherTech SportsCar Championship.

Audi’s decision to leave the DTM at the end of this season should serve as a warning to any championship in motorsport relying on manufacturer involvement – and the WEC certainly falls into that category – that stagnation and failure to innovate, especially in a time of coronavirus-induced economic crisis, will ultimately result in disaster.

The past few years, the WEC has had a tendency to be rather buffeted by events. If concluding the season with the Le Mans 24 Hours was judged to be so desirable, why wasn’t this done before Porsche quit LMP1? Now the WEC has (rightly) moved back to a conventional calendar, claiming the format to be better for its stakeholders – so why it did take the coronavirus crisis for the change to be made?

In fact, this time last year, when uptake in the hypercar regulations was clearly falling short of what had been anticipated by the WEC, the idea of delaying the start of the campaign to the spring of 2021 in the hope of attracting more manufacturers was regarded as some kind of heresy. “We do not want to destroy the model of the championship,” said WEC boss Gerard Neveu when the notion was suggested.

So, given the existential threat that all of motorsport faces in these unsettling times, it’s time for the WEC to get proactive. This week's arrival of the LMDh regulations is no doubt a positive step, one for which the ACO deserves credit, but this can only be the start of a journey towards a more coherent sportscar racing universe that would benefit all concerned. 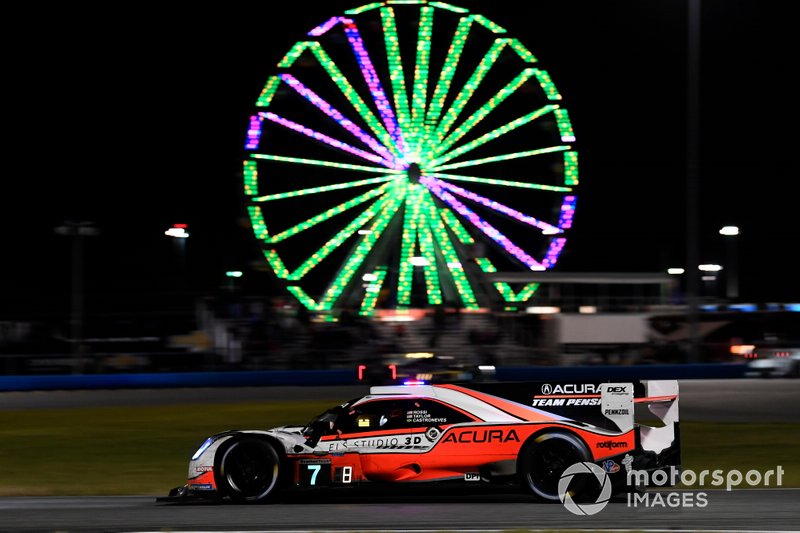 The next logical step would be for the ACO and IMSA to unify their championships’ class structures. The good news is that, once LMDh comes on stream in 2022, that job is mostly done. After all, both series feature LMP2 and GTE Pro (or GT Le Mans in IMSA parlance), which leaves just the GTE Am/GT Daytona split to deal with.

Given that GTE’s medium-term future looks a little hazy, the logical option here would be for the WEC to adopt GT3s, with GTE Am teams then having the option of either moving up to the Pro ranks with their existing machinery or switching to the cheaper GT3s.

Then, should manufacturer support for GTE dry up in a few years’ time, a big field of GT3s would be there to pick up the slack; think of what happened when the GT1 class was wound up after 2010 and essentially replaced by GT2 (rebranded as GTE). In such a scenario, GT3 could even be split into Pro and Am, with a bronze-driver mandate for the latter, and sped up slightly.

If both series were to run identical class structures (this scenario course assumes hypercars would run ‘BoPed’ against LMDh cars in IMSA), then that removes a major obstacle to running joint races. And I’m not talking about ‘Super Sebring’, with the two series merely sharing a bill, but the Sebring 12 Hours and the other blue riband events on the IMSA schedule becoming full-fat points-scoring WEC races with gigantic grids. 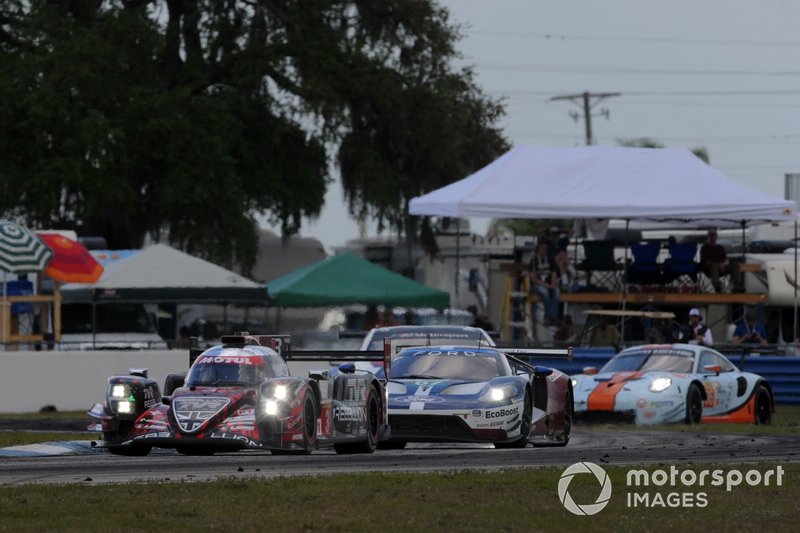 The holy grail would be to have Daytona, Sebring and Road Atlanta all on the WEC schedule, which at a stroke would make contesting the full WEC schedule a lot more compelling. Besides cutting travel costs, who wouldn’t want to see two classic enduros like the Rolex 24 and Petit Le Mans replacing identikit six or eight-hour races at uninspiring Tilkedromes?

Better yet, if the WEC calendar comprised, say, the above trio of iconic US venues, Le Mans and then perhaps Spa, Silverstone, and Fuji (satisfying the three-continent requirement), suddenly contesting the full WEC season wouldn’t be quite such a grand undertaking for a US manufacturer interested in doing both Le Mans and the full IMSA schedule.

But, if the WEC and ACO were really willing to bet the farm on their relationship with IMSA and LMDh, there’s an additional, highly radical step they could countenance.

The company behind the WEC, Le Mans Endurance Management, also operates the European Le Mans Series. Up to now, this has sat comfortably beneath the WEC on the sportscar racing pyramid, but when LMP1 is finally laid to rest at the end of the year to be replaced by the slower hypercars and, after that, LMDh machinery, a European-based series with LMP2 is as its top echelon will lose some of its distinctiveness.

True, the ELMS is designed to give the less experienced and well-funded LMP2 teams a home, but several existing LMP2 outfits have already expressed interest in LMDh, and if some of them make the step up, other teams will be needed in their place. And in a post-coronavirus world, there has to be some doubt as to whether there would be enough gentleman drivers with cash to spend to fill grids in both the WEC and ELMS.

So, my proposal is this, and bear with me on this one: merge the ELMS into the WEC.

To be sure, there would still be a WEC, with world championship titles on offer for drivers and manufacturers. But there would be no standalone WEC races outside Le Mans. Every other race making up the schedule would be drawn from either IMSA (Daytona, Sebring, Petit Le Mans), ELMS (Silverstone and Spa) or the Asian Le Mans Series (Fuji).

Equally, teams would have to be registered as full-time entrants in one of the above to be eligible for WEC competition. For example, Corvette Racing might want to field only two of its C8.R GTE cars, but target both IMSA title glory and the WEC. That would mean having at least the second car appearing at, Spa, Silverstone and Fuji as well as the regular IMSA races.

Perhaps another manufacturer would prefer to focus largely on the ELMS but taking in Le Mans and, say, Daytona, depending on its budget and its marketing objectives. The beauty of this system is that it allows manufacturers and teams to tailor their ideal programmes using the same cars around the world at relatively little additional cost.

You might reasonably ask what IMSA would get out of all of this. The answer is two-fold: increased interest in its own marquee races, as evidenced by the bumper crowd at last year’s ‘Super Sebring’; and more guaranteed grid slots at Le Mans for its teams. Because there would be no separate WEC field, 32 or more of the 62 grid slots at La Sarthe wouldn’t immediate be swallowed up, freeing up far more automatic berths for IMSA entries.

The main drawback of this arrangement would be that both the IMSA and the ACO wouldn’t be able to change anything about their own series without impacting the other. But maybe this wouldn’t be such a bad thing – it would effectively force the two sanctioning bodies to co-operate for the foreseeable future, providing stability on both sides of the Atlantic. 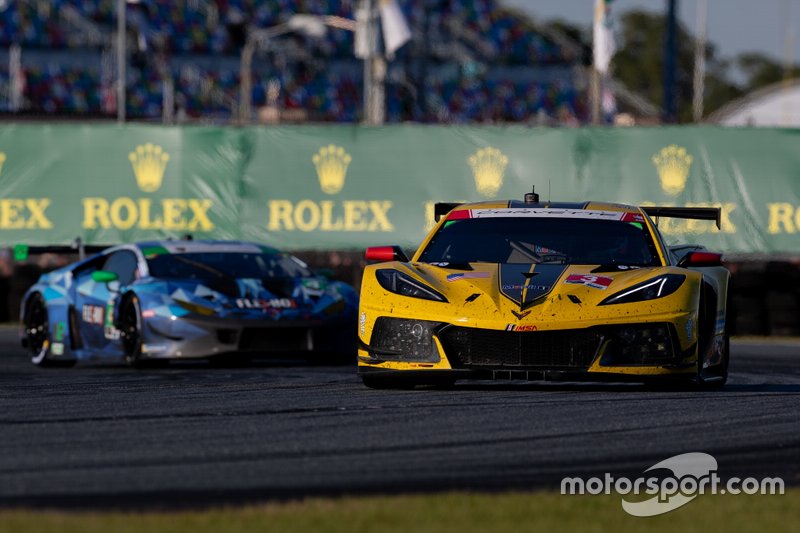 Even pre-pandemic, with the hypercar formula clearly flagging, it was hard to see a bright long-term future for the WEC as a completely distinct entity from IMSA. Adopting the LMDh rules – a clever rebranding of what we used to call DPi 2.0 – has put the championship back on a surer footing, so why not double down and borrow some more of the elements that have made the WeatherTech SportsCar Championship a success story?

In an ideal world, there would be enough manufacturer dollars floating around to sustain the WEC without having to resort to such measures, but that had already ceased to be the case even before COVID-19 made matters even worse. Every championship that hopes to survive, let alone thrive, in this new era is going to need to think radical, including the WEC.