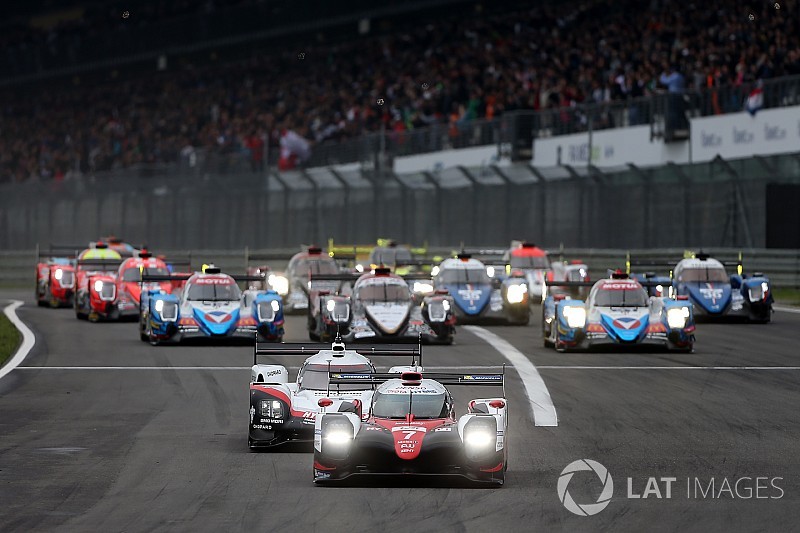 Following the announcement that Porsche will quit the FIA World Endurance Championship's LMP1 class at the end of this season, Jamie Klein looks at where the beleaguered global sportscar series can go from here.

For WEC fans, Friday morning's announcement that Porsche is to axe its LMP1 programme at the end of the season will have had an all-too-familiar feel to it.

A little under a year ago, sister brand Audi’s departure from sportscar racing’s top flight left the category in a difficult, albeit not impossible situation  – but now, the end of LMP1 as we know it is surely in sight.

The warning signs were there during this year’s Le Mans 24 Hours, which came dangerously close to being won outright by an LMP2 car amid a dismal showing from the contingent of five LMP1-H cars.

Had the #2 Porsche of eventual winners Timo Bernhard, Earl Bamber and Brendon Hartley spent another five minutes in the garage when it needed its front axle-motor replacing early in the race, Jackie Chan DC Racing would have claimed a historic overall win and the Automobile Club de l’Ouest would have been left with a lot of explaining to do.

As it was, their blushes were spared, but the sight of two LMP2 crews on the podium still raised plenty of eyebrows and left many wondering if 2017 will be remembered as the last hurrah for the outrageous, exotic LMP1 machines that have been responsible for this latest sportscar racing ‘golden age’. 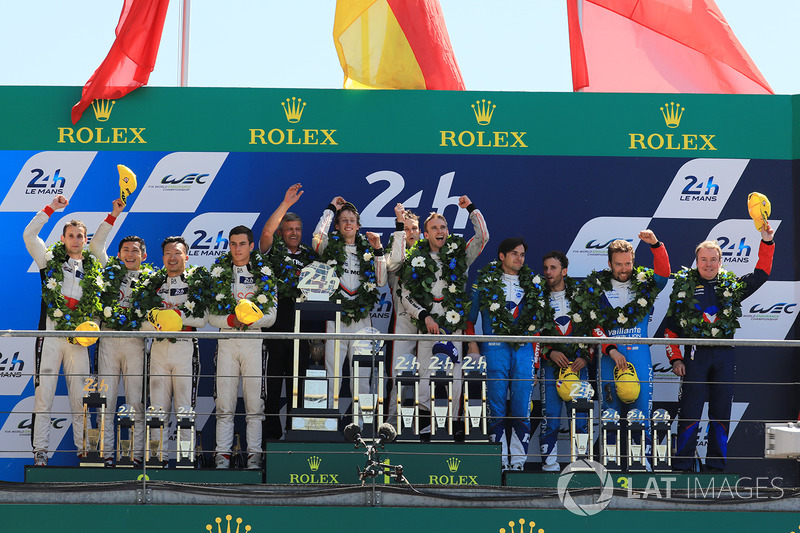 Looking back, the three-year period spanning 2014-16 will surely be looked back upon with great fondness in years to come – a rare era of three (even four, briefly) top-level manufacturers all doing battle, and doing so while on the very cutting edge of automotive technology.

But, so the saying goes, all good things must come to an end, no matter how much fans may have started taking such a historically rare level of manufacturer investment into sportscar racing for granted.

And given LMP1 budgets were pushing well into ‘midfield F1 team’ territory, in return for a much lower level of exposure than grand prix racing offers, in some ways it’s surprising it lasted as long as it did.

“It goes in waves,” Toyota’s Anthony Davidson told Motorsport.com last year, long before Audi was rumoured to be pulling the plug on its LMP1 programme.

“You see good eras of racing in sportscars as the manufacturers come. And when they go, the series struggles to survive.

“So, for me especially, I just have to enjoy this moment. I’m lucky to be here as a driver with three mega manufacturers fighting it out, spending a lot of money.

“It’s great for the drivers while it lasts, but we all know deep down it’s not going to last. It’s a ticking time bomb. History proves that it is.” 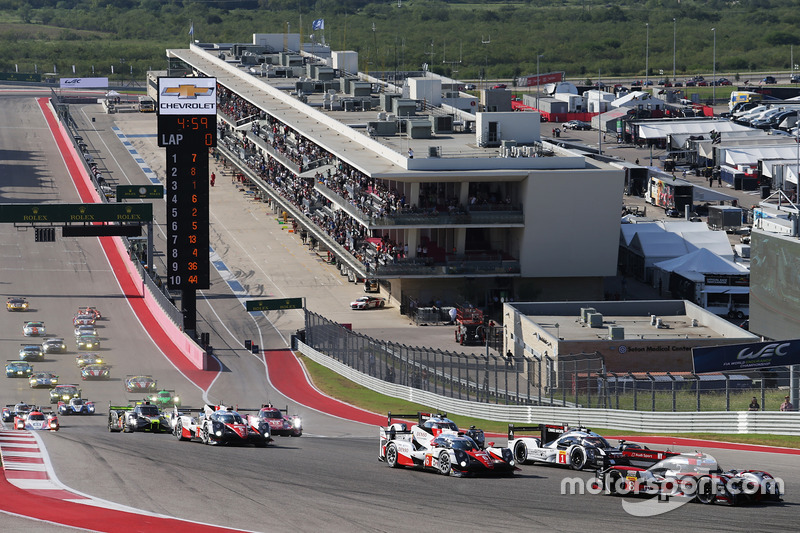 So now the party appears to be rapidly nearing its conclusion, what next for WEC?

It was at Le Mans this year that the ACO revealed its vision for the LMP1 ruleset post-2020, but in truth the much-vaunted plug-in hybrid rule felt like little more than a desperate final resort to appeal to manufacturers flirting with the idea of a Formula E entry.

Yes, there were cost-saving measures announced too, but not on the scale required to tempt any fresh manufacturers to the table, especially when the speed of the beefed-up LMP2s allows for precious little margin for error in the one race a year that really matters.

With Porsche on the way out, and nobody else seemingly ready to fill the breach, it leaves Toyota as the sole manufacturer left in LMP1, along with several privateer projects of varying degrees of viability.

And while Toyota at least still has the incentive of finally claiming the Le Mans win that has eluded it for so many years, a victory secured against feeble opposition would no doubt feel rather hollow.

The Japanese manufacturer has a big decision to make very soon – and if it concludes that being the only manufacturer in LMP1 simply isn’t worth it, then the ACO will have to figure it out what to do next. 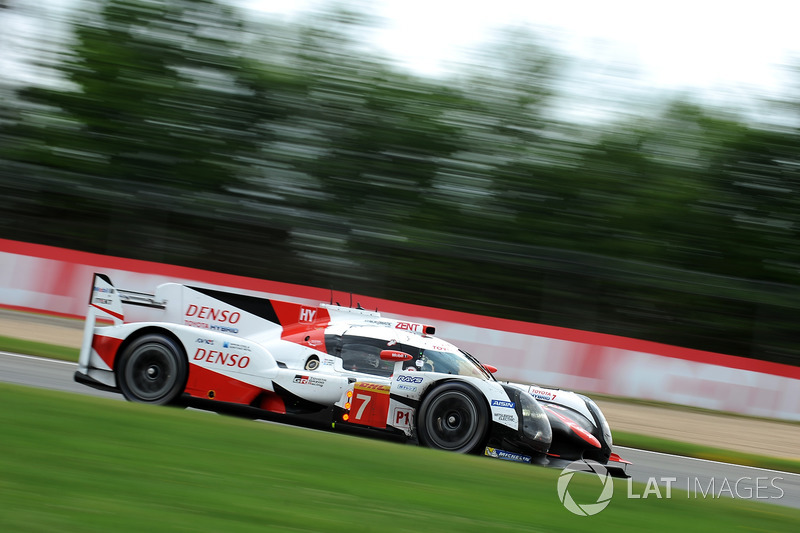 One option is to hope that enough of the privateers materialise to form a viable LMP1 grid, and try to tempt some more teams to make the step in 2019. But the obvious danger here would be that a thin field of unproven cars would often be embarrassed by the LMP2 runners.

Axing LMP1 entirely and making LMP2 the top class has its pitfalls too. That would mean a lot of good money will have gone to waste on preparing cars for 2018, and given LMP2 is a spec-engine class, it doesn’t leave the door ajar for any manufacturers who may wish to take the plunge in future.

At least the booming GTE class will most likely allow the series to get around the FIA's 'two manufacturer' requirement to maintain its world championship status, but these finely performance-balanced machines can hardly be expected to act as WEC's flagship category either, short of axing the faster prototypes altogether.

You’d forgive the ACO right now for taking more than a couple of jealous glances over the Atlantic, given the recent news of two powerhouse teams – Penske and Joest – signing up to race in the IMSA WeatherTech SportsCar Championship, partnering Acura (Honda) and Mazda respectively.

Their arrival will mean IMSA’s DPi division will boast no fewer than four manufacturers next year (Cadillac and Nissan being the other two) – a testament to the sheer cleverness of the concept, which allows manufacturers to field cars for a fraction of the cost of designing and building LMP1 machinery.

The ACO could certainly do worse than open its doors to DPi machinery, at least as a short-term solution, and then perhaps look in future at how the concept could be applied to the privateer LMP1 cars that are set to join the grid in the coming years.

One golden era of sportscar racing may be drawing to a close, but if WEC embraces a DPi revolution that dramatically slashes the costs of a top-level programme, the next one may not too far away. 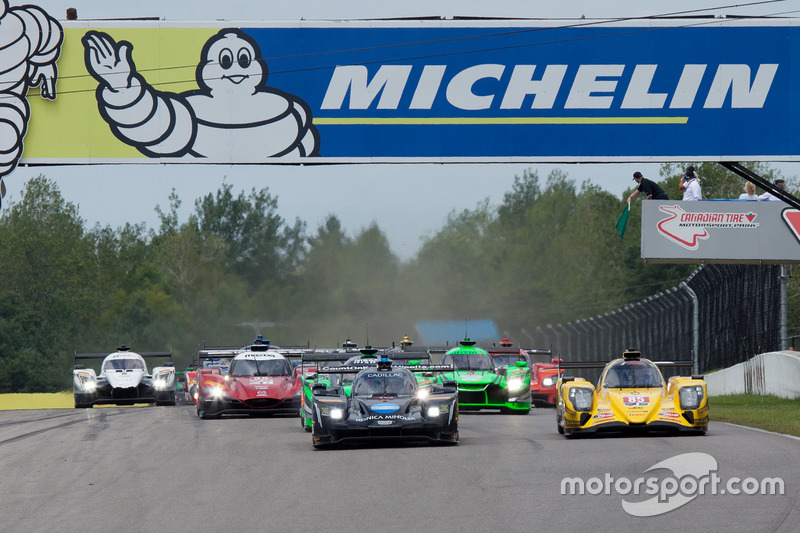