Legendary American racing team boss Roger Penske says his powerhouse organisation has “looked at” the FIA World Endurance Championship’s new hypercar regulations, as he seeks to fulfil his dream of racing once again at the Le Mans 24 Hours.

Penske has raced twice at Le Mans: once as a driver in 1963 (pictured below), and then as a team owner in ’71 – running Ferraris on both occasions. 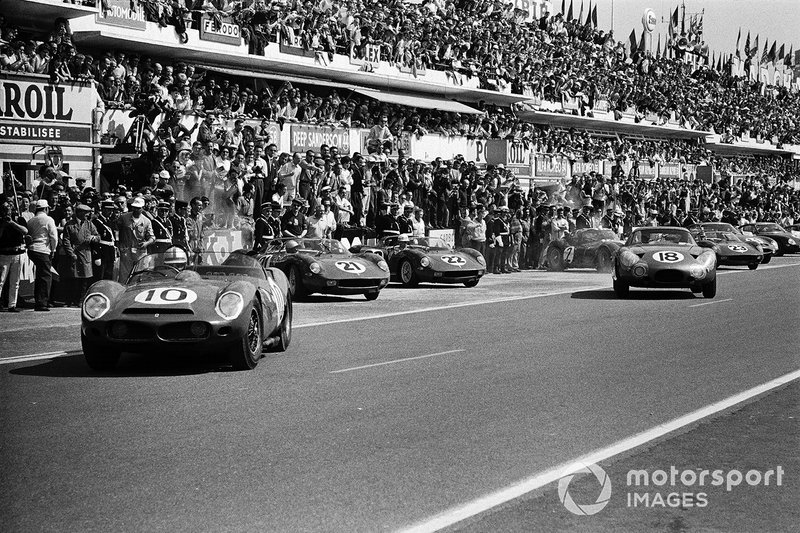 With new rules scheduled to be implemented from 2020, it would allow 82-year-old Penske a shot at overall Le Mans victory, if it was to run cars built by a suitable manufacturer.

“We’ve looked at it,” said Penske when asked by Motorsport.com. “It’s the one thing that I’d say is a target that we have up there, we’d like to go to Le Mans and compete there.

“But we’ve got to go with the right stuff. I don’t know yet. They said they were going to do it for a certain amount of money but what I’m hearing is that target isn’t what they expected it to be.

Penske is currently contesting the IMSA WeatherTech SportsCar Championship with a pair of Acura cars in its headline DPi class, racing against machinery from Cadillac, Nissan and Mazda. Along with his long-time team president Tim Cindric, Penske believes DPi would provide a perfect platform if it was adopted on a global basis.

“We’ve talked about DPi, but I don’t think they [the WEC rulemakers] want it,” said Penske. “That’s the problem. Then they’d have 10 or 11 or 12 manufacturers coming in at that point. But they’re just not interested in that, from what we understand.”

A clearly exasperated Cindric added: “That [DPi] discussion isn’t even worth spending time on. But that’s what it should be.”

Although he has stated in the past that his goal would be overall victory, Penske indicated that he would enter in a lower class division to gain experience before taking on the top class.

He said: “What we would do, if we were going to go run there at some point, we’d go run a year ahead of time in some GT car, just to learn. It’s like a golfer needing to play a new course a couple of times. There’s a lot of nuances at Le Mans, just like there is at Indy.”