Toyota drivers Kamui Kobayashi and Jose Maria Lopez have lost the pole for this weekend's Fuji round of the FIA World Endurance Championship. 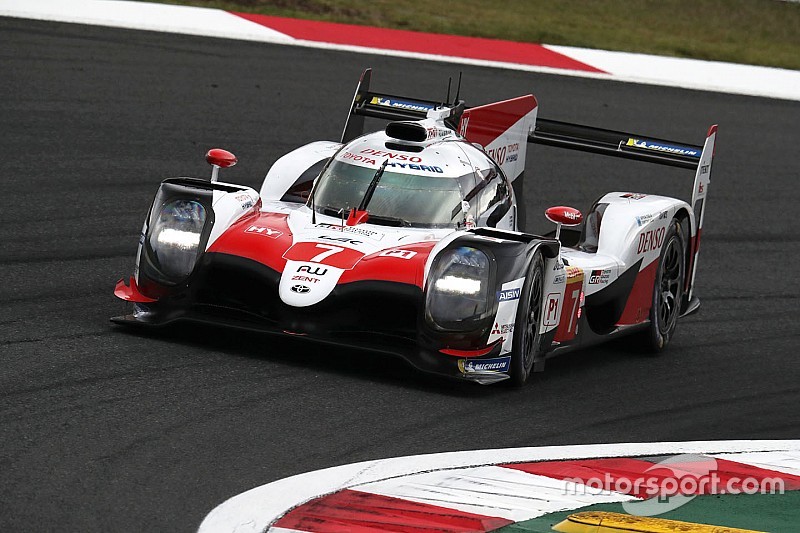 Lopez has had his qualifying time in the #7 Toyota TS050 Hybrid deleted for exceeding the pitlane speed limit after completing his run.

The decision means that the #8 Toyota qualified by Fernando Alonso and Sebastien Buemi will move up into pole position.

Their average lap time would have been good enough to top qualifying before Buemi lost his fastest time to a track limits violation at the final corner.

The #7 car, which Mike Conway races with Kobayashi and Lopez, is expected to start from the back of the grid in tomorrow's Fuji 6 Hours.

A final decision on the car's starting position rested with the stewards of the meeting, who determined that the #7 Toyota crew will start at the back of the eight-car LMP1 field.

The #1 Rebellion-Gibson R-13 qualified by Andre Lotterer and Neel Jani is promoted to second position on the grid as the result of the exclusion, followed by the sister #3 car qualified by Gustavo Menezes and Thomas Laurent.