Porsche: No team orders if we're ahead of Toyota 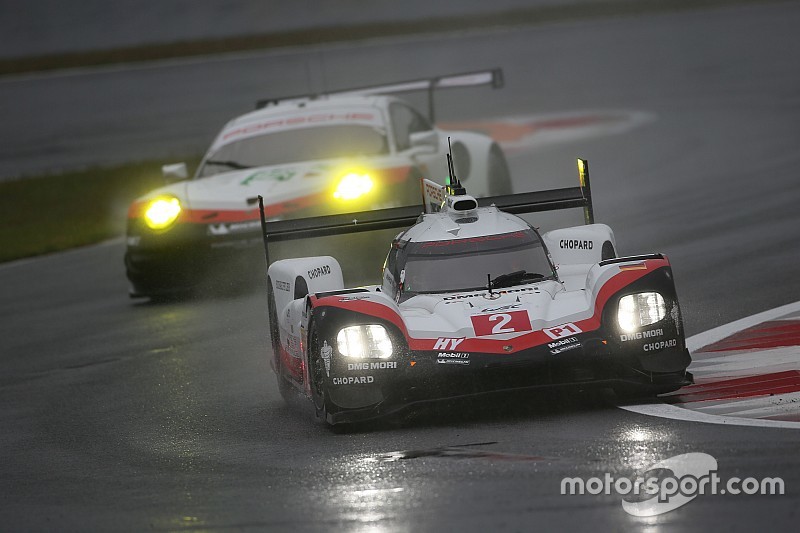 Porsche will not invoke team orders in the Fuji round of the FIA World Endurance Championship, as long as its two cars are running ahead of the Toyotas.

Points leaders Timo Bernhard, Brendon Hartley and Earl Bamber only need to finish ahead of the #8 Toyota driven by Sebastien Buemi, Kazuki Nakajima and Anthony Davidson to take the title.

Porsche LMP1 team principal Andreas Seidl told Motorsport.com: "First we need to be ahead of the Toyotas and then there will be no need for team orders.

The drivers of the #1 Porsche 919 Hybrid, Andre Lotterer, Neel Jani and Nick Tandy, have twice had to cede position to the sister car since effectively dropping out of contention for the title with a non-finish at the Le Mans 24 Hours in June.

Lotterer was given extra fuel at the car's final pitstop at the Nurburgring to allow Bernhard to move ahead, while Tandy moved over twice for Bamber at Austin in September.

Bernhard and his teammates now lead the title race by 52 points after Hartley and Bamber won the point for pole position in qualifying at Fuji.

That is the maximum number of points available over the final two WEC races in Shanghai and Bahrain next month.

Should neither the #2 Porsche and #8 Toyota finish at Fuji, Bernhard, Hartley and Bamber would become champions.

Two maximum scores for the Toyota and two non-finishes for the Porsche would result in Buemi and Nakajima losing the title on countback.

Both sets of title protagonists would have four victories, but the Porsche drivers have one second-place finish while Buemi and Nakajima's next-best result is a third.

Lotterer, Jani and Tandy lie 10 points behind Davidson, who missed the Austin race last month, and 25 behind Buemi and Nakajima.