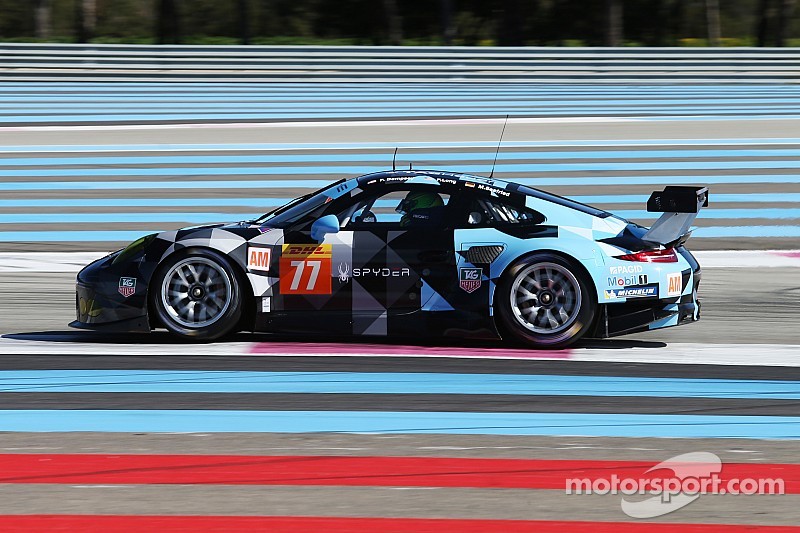 Stuttgart. With the six-hour race at Silverstone on 12 April, the new Sports Car World Endurance Championship (WEC) season gets underway. The Porsche Manthey squad, who celebrated a double victory in the GTE-Pro class last year, campaigns two Porsche 911 RSR sports cars on the storied circuit in the British Midlands. Many details on the 470 hp winning racer from Weissach, which is based on the seventh generation of the iconic 911 sports car, were modified over the winter months. Recently, the 911 RSR posted impressive lap times at the official WEC Prologue at Le Castellet in southern France.

Four works drivers contest the GTE-Pro class for the Porsche Manthey outfit with the Porsche 911 RSR at Silverstone: Michael Christensen (Denmark) and Richard Lietz (Austria) contest their first WEC season together at the wheel of the #91 Porsche 911 RSR. Their works driver colleagues from France Frédéric Makowiecki and Patrick Pilet share driving duties in the number 92 vehicle. The American actor and race driver Patrick Dempsey tackles the GTE-Am class with factory driver Patrick Long (USA) and Marco Seefried (Germany) in the 911 RSR fielded by the Dempsey Proton Racing customer team. Only vehicles that are homologated to the previous year’s GTE-Pro class are eligible to compete in this class.

The Porsche 911 RSR is based on the seventh generation of the iconic 911 sports car – and it is the fastest nine-eleven ever. The insights gained during the vehicle’s development and at race outings are also directly incorporated into the design of future 911 generations. In its maiden 2013 season, the winning racer from Weissach, mounted with a 3995 cc six-cylinder boxer engine in the rear and producing 345 kW (470 hp), clinched a phenomenal double victory at the Le Mans 24 Hours. Last year it won three of America’s most prestigious long distance classics: the Daytona 24 Hours, the 12 Hours of Sebring and Petit Le Mans.

Victories at the WEC races in Silverstone and Shanghai also went to the 911 RSR. For the 2015 season, the 911 RSR underwent modifications over the winter months and is characterised by a consequent lightweight design and sophisticated aerodynamics. The revamped aerodynamics at the front and the adapted suspension kinematics ensure enhanced balance and improved control at its handling limits. Thanks to minor tweaks, the reliability of the drivetrain was further improved. Single point refuelling greatly contributes to additional safety in the pit lane: The refuelling system utilises one hose for both filling and venting, leaving only one refueller to work on the car.

Dr Frank-Steffen Walliser, Porsche Head of Motorsport: “We are well prepared for the season and we’re looking forward to the season opening and the first acid test against the competition. Our main aim this season is of course the 24 Hours of Le Mans, so during the first two races we’ll be working towards this race with total concentration. The entire team and drivers are feeling positive and highly motivated.”

Marco Ujhasi, Overall project leader GT works motorsport: “Our cars ran very well at Silverstone last year. Over winter, we have worked very hard towards achieving this again. The grip on this track is very high and that puts special demands on the vehicle setup. To make the best use of the tyres and to put a good car on the track – that’s the key to success at Silverstone.

Michael Christensen (Porsche 911 RSR #91): “I look forward to my first WEC season. It’s great that we start in Silverstone. I like this circuit. I’ve driven loads of different cars there and I always felt good – also because of the enthusiastic British fans.”

Richard Lietz (Porsche 911 RSR #91): “Our Silverstone victory in 2014 was a great way to start the season. I hope we’re able to repeat this result. At any rate, we’re well prepared and, thanks to the improvements to the 911 RSR’s aerodynamics, we should already see a positive effect at Silverstone.”

Frédéric Makowiecki (Porsche 911 RSR #92): “It’s high time we got racing again. We’ve worked hard over the winter months and we’re well prepared. I’m confident that we’ll be competitive right from the outset. It won’t be easy to repeat our win from last year, but we’ll definitely be trying our very best.”

Patrick Pilet (Porsche 911 RSR #92): “Silverstone is an awesome track. It’s not easy but it’s really interesting and that’s just what I like. I’m keen to see how we stand against the opposition. I’m looking forward to the race and I’m already in qualifying mode.”

OAK Racing: Having fun is what really matters!