Andy Priaulx says he would "love" to be part of a semi-works Ford GT programme in future, now that the Blue Oval's factory involvement is coming to an end.

Ford Performance boss Mark Rushbrook confirmed to Motorsport.com earlier this month that the American manufacturer, which races the GT in both the FIA World Endurance Championship and IMSA WeatherTech SportsCar Championship, will no longer continue as a works team in either series beyond the end of the current season of both series.

However, Rushbrook has left the door open to the prospect of the Chip Ganassi and Multimatic teams that operate the cars receiving limited backing to keep the GT on track.

"In these coming months we will be making decisions about what we do with our GT race cars," he said. "Do we continue to support them racing in some way or do we sell them to private individuals to go racing?"

On whether he could see himself racing for a semi-works Ford effort in future, Priaulx told Motorsport.com: “The car’s definitely got another good season or two in it, so I’d love to see it happen.

"This team’s a Pro team, it’s got a Pro driver line-up, so it would be nice to see it do another year.

“I always took the WTCR drive [with Lynk & Co] as ‘as well as’, not ‘instead of [Ford]’. I’ve got a few good races left me in sportscars, actually I’ve been in a really good period these last three years.

“Maybe it’s not a bad idea to quit while you’re in a good place but ultimately, if I had the choice, I’d carry on, definitely.”

Rushbrook also revealed that Ford is looking at how the GT could be adapted into a hypercar for the top class of the WEC, when the new rules come into force for the 2020/21 season.

However, Priaulx believes that GTE Pro - which currently boasts five manufacturers, albeit with Ford and potentially BMW set to exit after this season - could easily act as the WEC's premier category in its own right, with tweaks to boost performance.

“I don’t know how many horsepower they can go to, 700 maybe? Then give it carbon brakes, bigger wings, you could be a good five, 10 seconds [a lap] quicker.

"It doesn’t need to be a lot quicker. These GT cars are so fast now, it’s difficult to see the difference between this car and the LMP2 [trackside].

"It has all the right ingredients to be the premier class. All the manufacturers would love that." 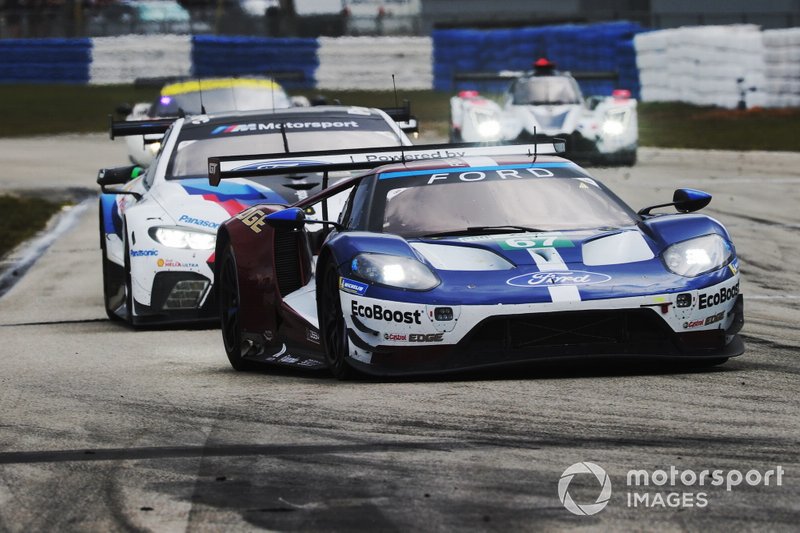