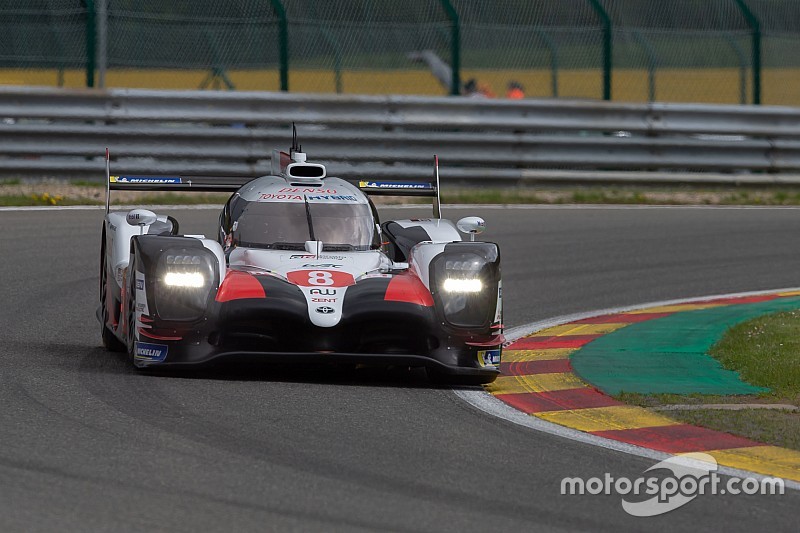 The FIA World Endurance Championship has revealed a reduced 30-car entry list for this month's Prologue test at Barcelona.

The unveiling of the entry list follows SMP Racing's announcement that it has withdrawn its pair of LMP1 entries from the 2019/20 season.

As a result, just six LMP1s appear on the entry for the Prologue on July 24-25, with two Toyota TS050 Hybrids joined by a pair of Rebellion R-13s and two Team LNT Ginetta G60-LT-P1s.

All six of Toyota's 2019/20 drivers are named, while Ginetta factory drivers Charlie Robertson and Mike Simpson are the only drivers listed across the two LNT entries.

Rebellion has not yet named any drivers for the test amid continued question marks over whether the Swiss outfit will choose to race both cars next season.

All eight LMP2 cars entered for the new campaign will be present, with five squads having named full line-ups. Only High Class Racing, Signatech Alpine and Jackie Chan DC Racing have slots to fill.

In GTE Pro, only five cars appear on the entry list as Aston Martin is opting to run all four of its works drivers in a solo Vantage GTE.

Porsche will run both of its regular driver pairings in two all-new 2019-spec 911 RSRs, while Ferrari will likewise run two 488 GTEs, albeit with only Davide Rigon listed in the #71 entry.

All 11 eleven GTE Am entries contesting the 2019/20 season will be present for the test, three of which have full line-ups named.

These include both AF Corse Ferraris, with Thomas Flohr, Francesco Castellacci and Giancarlo Fisichella having been confirmed for another season in the #54 car and Nicklas Nielsen having been named as partner to class returnees Francois Perrodo and Emmanuel Collard in the #83.