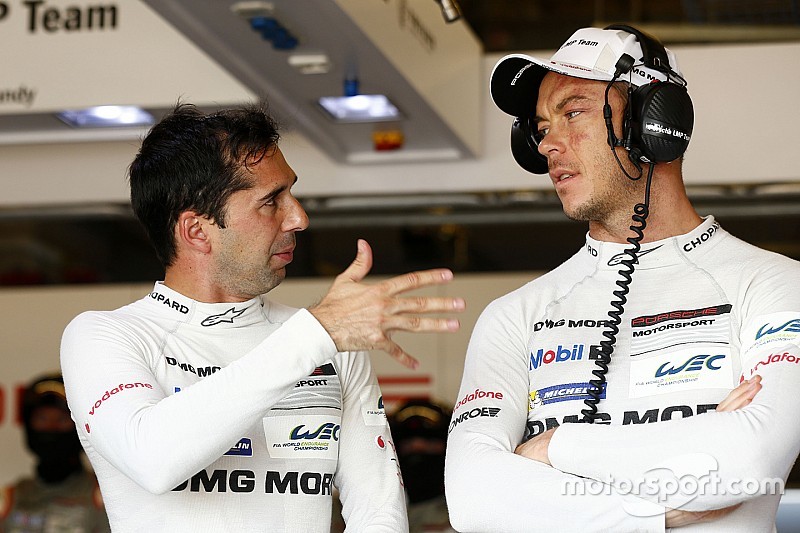 Former Le Mans 24 Hours winners Andre Lotterer and Neel Jani will line up together in one of Rebellion Racing's new privateer LMP1s in the FIA World Endurance Championship.

New signings Lotterer and Jani, who both remain contracted to Porsche, will share the #1 Gibson-engined R13 with existing team driver Bruno Senna on the Anglo-Swiss team's return to the P1 ranks in the 2018/19 WEC superseason.

The second of the Oreca-developed cars, which will run as #3, will be driven by Mathias Beche, Thomas Laurent and Gustavo Menezes.

A statement from the outfit said that the decision followed "weeks of interviews" and that the "two teams appeared the most complementary".

The Anglo-Swiss squad announced its drivers in December without revealing how they would team up across the two cars.

The announcement of the driver line-ups in each car follows on from the confirmation earlier in the week that Rebellion would be continuing its long-standing partnership with French constructor Oreca.

Oreca is developing the new P1 for Rebellion around the monocoque of its successful 07 LMP2 tub.

The R13 is scheduled to be unveiled at the Geneva motor show in early March and is due to be given a shakedown immediately prior to the official WEC Prologue test at Paul Ricard at the beginning of April.

Rebellion has also explained the nomenclature of its new P1, which follows on from the R-One of 2014-16 also developed by Oreca.

Team owner Alexandre Pesci's favourite number is '13' and the name also reflects the fact that the team's two entries will race as #1 and #3 in 2018/19.