© 2021 Motorsport Network. All rights reserved.
TV Buy tickets Store
Previous / Toyota yet to make a call on Buemi FE/WEC clash Next / Doonan: “A lot of work to do” to bring sportscar regs closer
WEC / Analysis

Why Shanghai could be Rebellion’s last chance to win

Rebellion Racing appears bullish of its chances of finally giving Toyota a real challenge in next month's Shanghai FIA World Endurance Championship round. But as Jamie Klein explains, the chance it has been given by the LMP1 handicap system is one it cannot afford to waste. 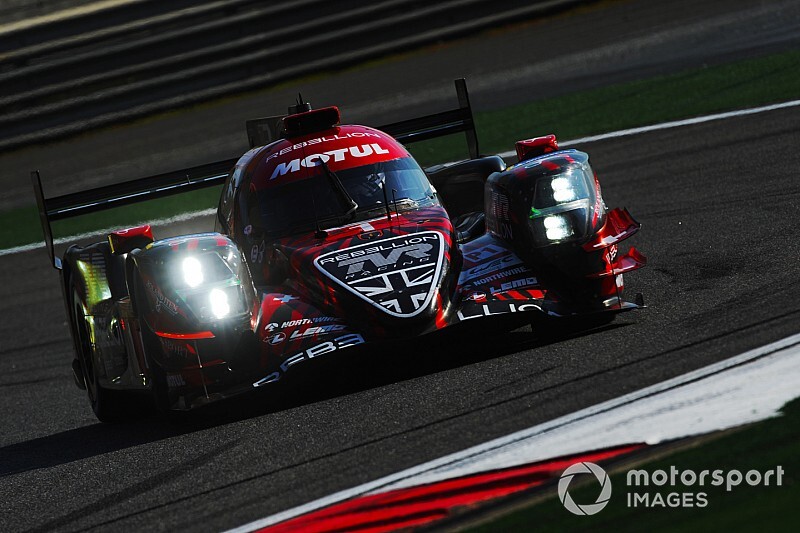 When the LMP1 handicap system was first revealed, it was Toyota’s belief that the system would make it almost impossible for it to win three races in a row. In just under a month from now, that particular theory will be put to the test.

In fact, November’s third round of the 2019/20 WEC season in Shanghai has to offer Rebellion Racing in particular a good chance to finally do something it has failed to do since it stepped back up to LMP1 – give Toyota a real race.

September’s Silverstone curtain-raiser was always going to be a Toyota cakewalk without any handicaps in place, while Fuji has always been a happy hunting ground for the Japanese marque, and a race it would be pulling out all the stops for. Despite the penalties they carried, Toyota’s two cars still finished two laps up on the third-placed Rebellion R-13.

In the event, a theoretical 1.37s a lap advantage was just about enough to allow the Rebellion to race the slower of the Toyotas on a clear track. But once the two cars hit traffic, it was essentially game over; the #7 TS050 Hybrid soon disappeared up the road. 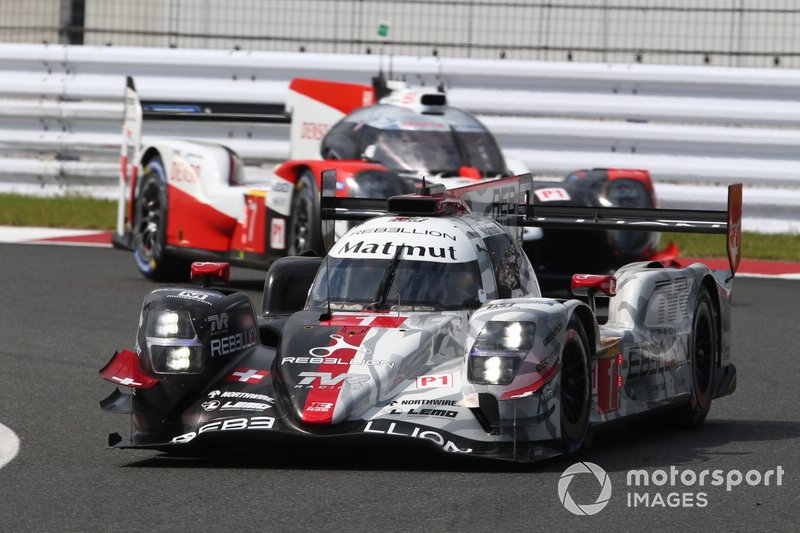 Shanghai, regardless of success handicaps, is potentially a different story. Last year, the Chinese track provided the one qualifying session where Toyota was really threatened, with the #1 car of Bruno Senna and Andre Lotterer coming up only 0.287s shy of pole.

And that was when the TS050 Hybrid was running at 904kg; now the base weight for the Toyota is 932kg, before any penalties are applied.

Even at Silverstone, Rebellion driver Gustavo Menezes admitted that Shanghai was likely to be the Swiss squad’s first real opportunity to win a race on merit, and at Fuji Senna suggested things would be much more even with the Toyotas in China.

“As long as it doesn’t rain, hopefully we can race them,” Senna said in Japan. "Shanghai is a very different track to Fuji. We were right there with the Toyota last year.

“As long as the conditions are not crazy for any reason, hopefully we can be more on pace. We are going to push, and we will see what we can do.”

While Rebellion will have a larger handicap in Shanghai by dint of its third-place finish, increasing the gap to the last-placed LMP1 car in the points (currently the #6 Ginetta), the Toyotas will be affected worse.

Assuming that the co-efficient used to calculate the penalties remains unchanged from the 0.012s used at Fuji, both the Toyotas – now on 44 points each – will carry a per-lap penalty of approximately 2.6s a lap, while the Rebellion will only be penalised to the tune of 0.95s a lap, a difference of 1.65s – three tenths more than the equivalent gap in Fuji.

But if this proves insufficient to finally challenge Toyota properly, the trouble for Rebellion is it may not get a better chance to do so all season. That might sound like a counter-intuitive thing to say, but the specifics of the system mean that 1.65s is about as large a gap as there is likely to be between the Rebellion and the Toyota.

Remember that the handicap system only continues to apply penalties up to a maximum of 40 points in relation to the last-placed car in the LMP1 standings. For Shanghai, both Toyotas have already hit that cap, because they are both 41.5 points clear of the #6 Ginetta, which has scored just 2.5 points in two races.

It means – except in the unlikely event the Ginetta outscores the Toyotas in Shanghai – the Toyotas won’t get any slower in the subsequent races. For the following race in Bahrain, whose track length is almost identical to that of Shanghai, their handicaps are likely to stay pretty much the same. 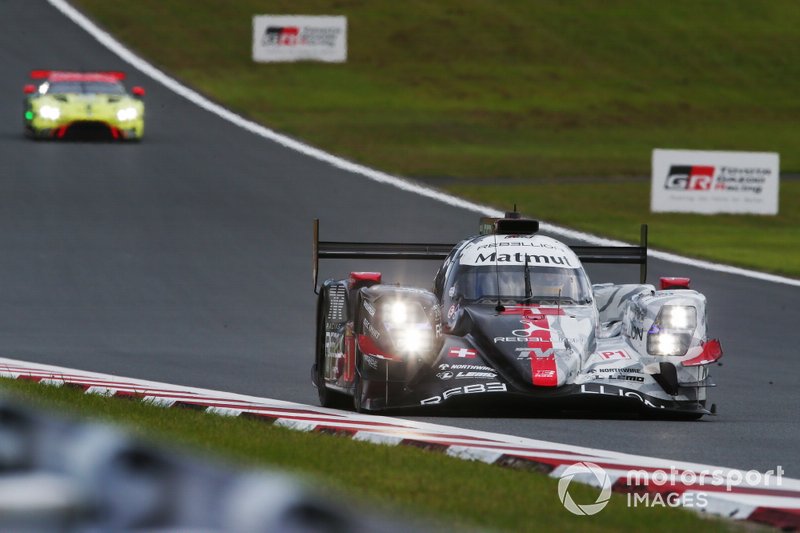 Rebellion on the other hand is only 14.5 points clear of the #6 Ginetta heading to China, so any extra points the solo R-13 scores will give it a larger handicap for Bahrain.

For example, let’s say that Toyota finish 1-2 again and the Rebellion comes home third – and for argument’s sake that both Ginettas finish, with the 'faster' #6 car coming fourth. This would put Rebellion on 32 points, 17.5 clear of the last-placed LMP1 car, giving the R-13 a penalty of 1.14s a lap for Bahrain (again, assuming the co-efficient isn’t changed).

In this scenario, Rebellion’s per-lap advantage would narrow from 1.67s in Shanghai to 1.46s – almost the same as it was in Fuji, where Toyota romped to a two-lap victory. And given Bahrain and Fuji are fairly similar tracks in terms of their characteristics, it seems doubtful the outcome would end up being massively different.

It gets a lot worse for Rebellion if the #6 G60-LT-P1, as it has had in the first two races, has more issues that drops it down the order. If the car doesn’t score, and Rebellion is third, then the gap between the cars grows to 30.5 points, and the gap between the R-13 and the Toyotas for Bahrain would be a mere 0.62s a lap.

The best-case scenario in terms of penalties would of course be if the Rebellion didn’t score, and the Ginettas both finished well, making the #1 the reference car. In that case, the per-lap advantage for Rebellion relative to Toyota would grow to its maximum of 2.6s a lap.

But Senna was adamant in Fuji that Rebellion had no intention of ‘screwing around’ to game the system to give them a better chance of a win. And besides, where else other than Shanghai is going to be a more suitable circuit for the Oreca-built R-13?

Looking beyond Bahrain, Sao Paulo is likely to favour Toyota and Ginetta, given its altitude helps turbocharged cars and penalises normally-aspirated ones. Sebring was a Toyota whitewash last season, with its notoriously bumpy surface giving the Rebellion problems and allowing the TS050’s complex suspension systems to come into their own.

That only leaves Spa, where Toyota has destroyed the opposition in both of the last two runnings, and the Le Mans 24 Hours, where the penalties won’t apply at all.

In summary, Rebellion had better make the most of the opportunity it has to give Toyota a challenge in Shanghai, because – barring further changes to the co-efficient, or the 40-point ceiling being raised – the current system is probably not going to give it a better shot. 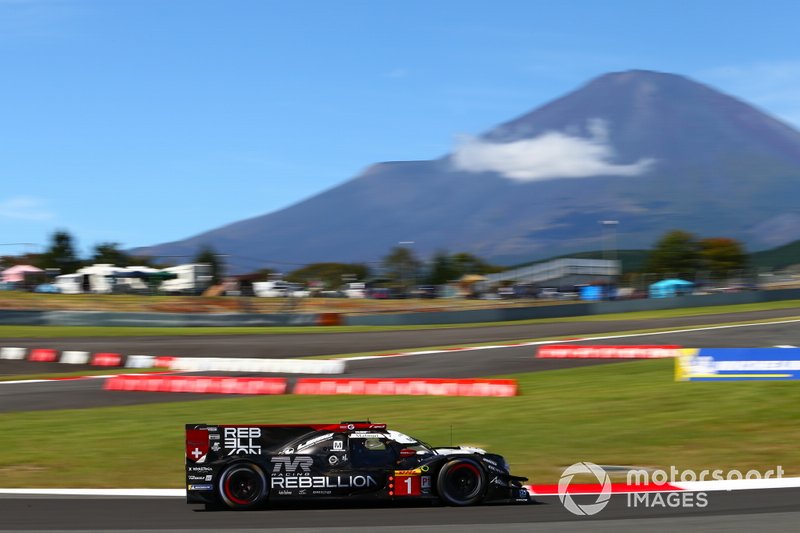 Toyota yet to make a call on Buemi FE/WEC clash

Doonan: “A lot of work to do” to bring sportscar regs closer