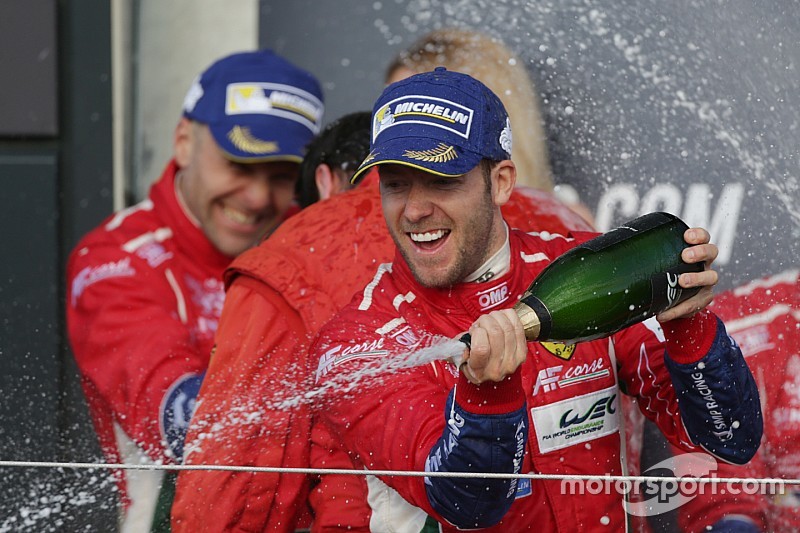 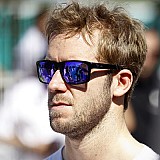 In his first column for Motorsport.com, Ferrari's new boy Sam Bird recounts his experience of winning on his debut with the Italian marque in the World Endurance Championship.

I'm really pleased to be sharing my 2016 FIA World Endurance Championship campaign with the Motorsport.com readers. It is a big year for me with my first season as a factory Ferrari driver competing with the AF Corse team.

And, as you will read in my first column, it could hardly have started any better for myself and my team mate Davide Rigon in the #71 Ferrari 488GTE.

Not a lot of testing

We arrived at Silverstone having spent the winter testing and developing the new Ferrari 488GTE car. My first impressions when I saw and drove it were what a beautiful piece of engineering it was - it looks stunning!

I actually didn't have a massive amount of testing under my belt with the car before we got to Silverstone. In fact, the longest stint I had done prior to last weekend, on one set of tyres, was just 12 laps, so although we were prepared, it wasn't as if I had thousands of kilometres experience in the cockpit.

This in itself bodes well because personally I know I can extract a lot more pace from myself and the car going forwards. I'll get more comfortable and confident in the car and we should be looking very good as the season goes along.

I also had not driven the Ferrari 488 GTE in the wet, so the track time I had on Friday and also in qualifying made for a challenge. But it all worked out really well and we were able to start at the front.

Granted, the sister 488 GTE of Gianmaria Bruni and James Calado had an issue in qualifying and they would have been tough to beat without that, but there we were on pole position.

Davide [Rigon] drove magnificently in the race and I was so happy for him because it was his first WEC win. I was also really chuffed for Brice Laforge, our engineer, who also won for the first time. For me, it was a first win in a Ferrari, and to do it on home soil made it very special.

From the outside I guess it looked easy but it never is in WEC, especially in LMGTE Pro. Yes, we led every lap, but the Dempsey-Proton Porsche wasn't far behind for the first few hours before it hit issues and that relieved some pressure from us.

I managed to pull a good gap to the Porsche in my first stint and from there we brought the car home with a decent margin. The pace between Davide and I was really good and consistent and we ended with our fastest laps just 0.044s apart.

It's worth mention that this year I'm using a completely different set of skills in the WEC. Last year in LMP2 I was focussing ahead and looking at carving a way through traffic, whereas this season I am looking in the mirrors a bit more and placing the car in the best manner on the track to not lose time when the prototypes come through.

You have to say that Gimmi and James did a great job fight through to second place. It is what you expect from drivers of their calibre and I know they had fun coming racing from the back.

When Davide crossed the line I was elated and really proud of the team. Then I started to think of Jules [Bianchi] because he would have been a Ferrari F1 driver and winning, I'm sure of that.

So I thought about him, and his family a lot. I sent out a tweet that evening and I just want people to remember what a great champion and bloke he was.

Now we go to Spa next month, but in our minds too is the big one at Le Mans in June. That is where the WEC title can be won or lost so it is vital that we keep pushing.

In Ferrari and AF Corse I know we have the best in the business to make 2016 a very memorable year. I look forward to telling Motorsport.com readers all about my season right here.

Inside WEC: The full story of Silverstone opener – video