The scheduled opening round of the 2021 FIA World Endurance Championship at Sebring set for March has been replaced by a new fixture at the Algarve circuit in April. 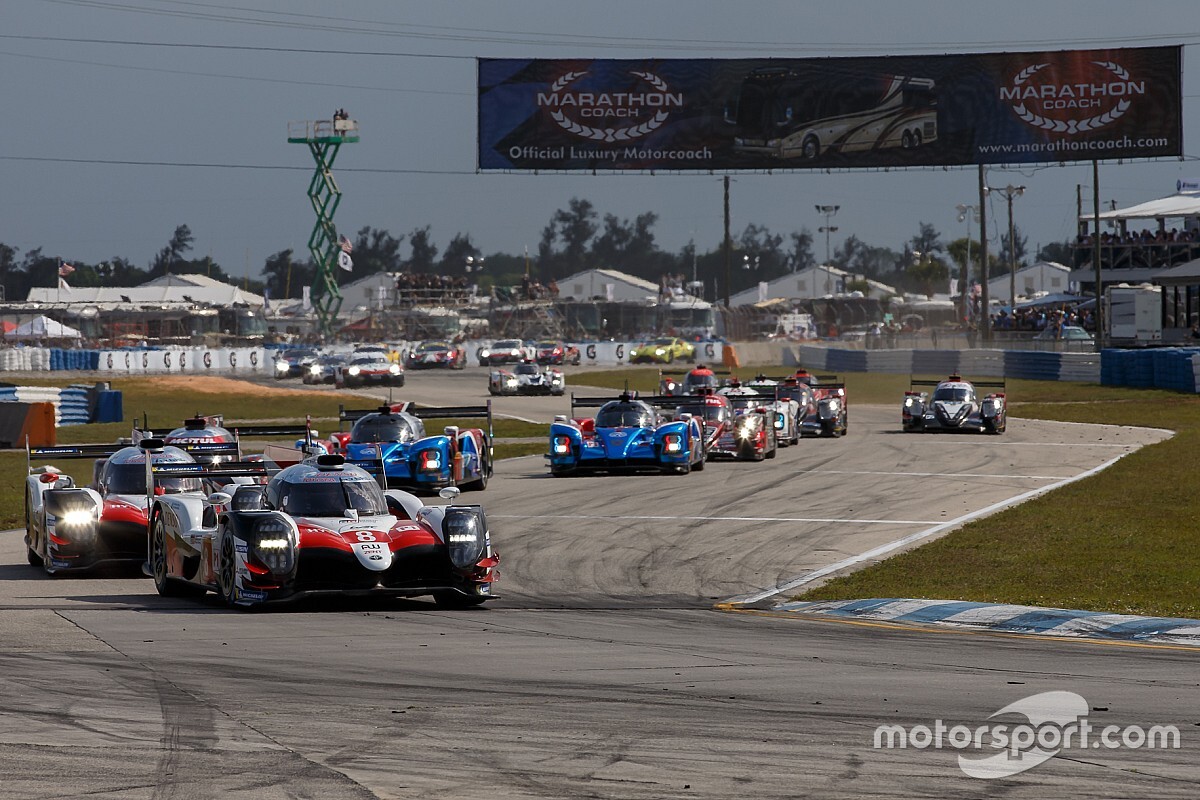 The season will now kick off with an eight-hour race at the Portuguese circuit near Portimao on April 4 rather than beginning on March 19 with the Sebring 1000 Miles on the bill of the 12-hour round of the North American IMSA WeatherTech SportsCar Championship.

The decision to shift the series opener, at which the new breed of Le Mans Hypercars will come on stream, was announced on Friday morning after mounting speculation over the viability of going to the USA while the COVID-19 pandemic continues to escalate.

"Due to the rapid evolution of coronavirus, as well as various changing directives from governments in different countries including travel restrictions, the WEC did not want to take any unnecessary risks," read a statement from the series organiser.

"With freight due to be sent to the USA imminently, a decision needed to be made early to help teams prepare for the 2021 season."

The statement explained that the decision has been made in consultation with IMSA, the Sebring International Raceway and the FIA.

The official pre-season test will take place one week ahead of the race at the Algarve circuit on March 30/31.

The WEC has stressed its intention for the remainder of the WEC to run as scheduled, with the series continuing at Spa at the beginning of May and then the Le Mans 24 Hours in its traditional mid-June slot.

Pierre Fillon, president of WEC promoter the Automobile Club de l'Ouest, said: "We are saddened not to see our American friends and can’t wait for the day when we can return to the USA to race alongside IMSA for SuperSebring.

"We remain focused on continuing to build our long-term relationship with both IMSA and the Sebring International Raceway, and the intention will be to return to Sebring in the future.”

New WEC boss Frederic Lequien, who was announced as Gerard Neveu's successor earlier this month, added: “Over the past few months we have seen that the pandemic is extremely unpredictable and after several discussions with key parties, the decision was made for the beginning of the season to remain in Europe where most of our teams are based.

"The consequences of a last-minute cancellation would have economic implications for the entire WEC family, so we took a responsible decision."

The decision means that the new Glickenhaus LMH contender could be on the grid for the first round of the championship.

The US niche manufacturer had decided not to travel to the USA and skip Sebring in order to focus on testing the new Glickenhaus-Pipo 007LMH in Europe.

But team owner Jim Glickenhaus stated earlier this month that his squad will be able to join the grid from the get-go should the series opener be shifted to Europe.

Another consequence of the revised calendar is that Toyota drivers Kamui Kobayashi and Kazuki Nakajima will miss the opening Super Formula round in Japan scheduled for Fuji on the same weekend as the Algarve WEC race.

Kobayashi and Nakajima are respectively driving for the KCMG and TOM'S squads in Super Formula.

It is the second time that the Sebring 1000 Miles, which took place for the first time in 2019, has dropped off the WEC calendar.

Last year, the WEC round was cancelled just over a week ahead of the race as the pandemic took hold.

It will be the first time that the Autodromo Internacional do Algarve has hosted a WEC round, although it has previously held European Le Mans Series and the FIA GT1 World Championship races.

The track also stepped in to run a round of the Formula 1 world championship last October.