Bruno Senna says he didn't expect the Rebellion to claim pole position for the FIA World Endurance Championship race in Bahrain, a track he described as the "worst-case scenario" for the Swiss privateer outfit. 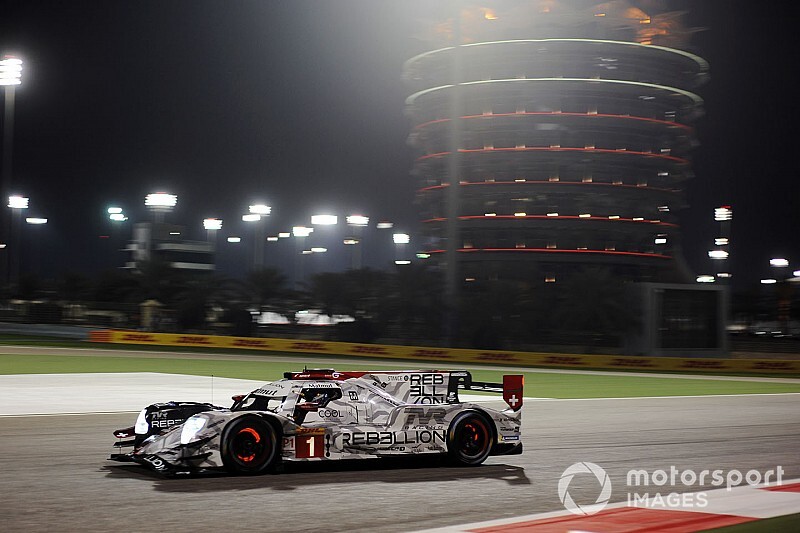 Senna and Norman Nato topped qualifying for the 8 Hours of Bahrain on Friday, beating the #5 Ginetta G60-LT-P1 of Charlie Robertson and Ben Hanley by 0.144s.

That result came despite the 1.12s difference between their respective success handicaps, borne out of Rebellion’s victory at the previous round in Shanghai.

Senna says even Rebellion was caught out by surprise by how qualifying panned out, having expected the two Ginettas cars to be much stronger than they turned out to be.

“We didn’t expect it to be on pole here,” Senna told Motorsport.com. “We were expected to be competitive, definitely not on pole.

“Our race pace looks good as well, not sure it’s going to be quite as good as Shanghai. Considering this track is a really almost worst case scenario for us, we are quite surprised to be where we are.

“And we put ourselves in the best position for tomorrow from a qualifying perspective because we only used one set of tyres [in qualifying]. We are gonna push hard, hopefully we can stay where we start.

“We expected [Ginetta] to be really close because they have big power. This is a power circuit but we know that they’ve been having few other issues, in FP1 they showed quite a few other issues.

“It’s a tough game this one. We know it. Because last year already we had a tough game with the Toyota but this year at least we can race them and hopefully continue racing.”

Rebellion will “shine" in cooler conditions

Bahrain has returned to the WEC calendar this season after a year’s hiatus, but the six-hour race has been replaced by an eight-hour fixture.

This means the race will end at 11pm local time, with the majority of the running expected to take place after sunset.

Senna expects the cooler conditions that will prevail in the final three-quarters of the race to strongly suit the R-13’s characteristics.

“Our car is going to shine," he said. "I have a feeling that in the beginning of the race I might struggle a little bit and then towards the middle/end of the race, we are gonna be strong again.

"Luckily for us it’s a cooler race than it would be if it was during the day. And this plays into our hands.

“It’s a long race tomorrow, it’s eight hours, a lot can happen in eight hours. Today we had a bit of scare with our car [with a rear axle failure in FP3]. Luckily it was today not tomorrow, so hopefully we can stay clear.

“We need to have a clean race like we did in Shanghai with no issues. We are confident we can hang on at the sharp end.”

Catch the 8 Hours of Bahrain LIVE on Motorsport.tv here. Some geo restrictions may apply.