The 60th anniversary 12 Hours of Sebring will take place in Florida on the 17 March 2012, with a grid of 30 cars for the FIA WEC being joined by a similar number from the American Le Mans Series (ALMS), which will provide race fans from around the world a sportscar extravaganza.

“The depth of driver talent on the entry list is truly representative of a World Championship.

Italian Luca Moro has been confirmed as the third driver at Lotus alongside Thomas Holzer and Mirco Schultis.

In GTE AF Corse have confirmed former FIA GT2 Champion Toni Vilander as the third driver in the line up for the nr51 Ferrari 458 Italia. 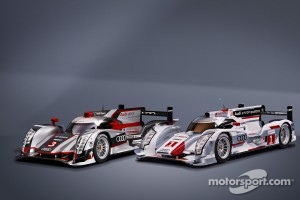 The Audi R18 Ultra and E-tron

“The entry list for the first race has been firmed up over the last week and the grid for the opening race of the season at Sebring looks fantastic,” said FIA WEC CEO Gérard Neveu. “The depth of driver talent on the entry list is truly representative of a World Championship, with race winners and champions from every level of the sport. I’m confident that on the 17 March the fans at Sebring, and those watching on TV around the world, will see one of the best ever races held at the track in the 60 year history of the event.”

Pescarolo Team ready for first race of 2012 in Sebring

A new era begins for Audi at Sebring