This will also be the first test in racing conditions for the new Porsche 919 Hybrid, with the German manufacturer looking to take the challenge to reigning world champions Audi and WEC race winners Toyota.

An impressive thirty one car grid has been announced for the opening round of the FIA World Endurance Championship, the 6 Hours of Silverstone.

This will also be the first test in racing conditions for the new Porsche 919 Hybrid, with the German manufacturer looking to take the challenge to reigning world champions Audi and WEC race winners Toyota, who are travelling to Silverstone with their new 2014 hybrid challengers.

The LMP1-H class has a full complement of six cars and eighteen of the world’s best endurance drivers, including reigning champions Loic Duval and Tom Kristensen, who be joined by Lucas di Grassi in their bid to add their names to the Royal Automobile Club Tourist Trophy for the second year running.

British fans will not only have Toyota’s Anthony Davidson to cheer on but also UK based Australian Mark Webber, who will be making his return to sportscar racing for Porsche in front of an enthusiastic British crowd. 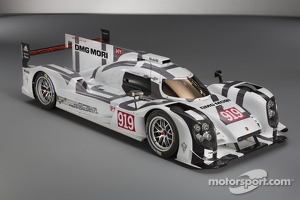 In LMP1-L for privateer teams Rebellion Racing will be starting the season with last year’s car as the brand new R-One is still undergoing testing ahead of its race debut. Lotus are also scheduled to bring their new 2014 LMP1-L challenger, the Lotus T129-AER, to Silverstone but the Romanian team are still preparing their car for the start of the 2014 season.

In LMP2 there are no less than seven British drivers out of the twenty-one drivers on the class grid. Strakka Racing, who were LMP1 Privateer winners at the 2013 24 Hours of Le Mans, return to the WEC with a Nissan powered Dome Strakka S103 and retain an all British driver line up of Nick Leventis, Danny Watts and Jonny Kane.

Silverstone based Middle Eastern team Millennium Racing are running a pair of Oreca 03-Nissans with two British drivers in the line up. ELMS race winner Oliver Turvey is graduating to the world championship in the no22 car and Toyota’s newly appointed reserve driver Mike Conway sharing the no23 car with former F1 drivers Stefan Johansson and Shinji Nakano.

Matthew Howson and Richard Bradley are the final two British drivers racing in LMP2 at Silverstone for the Hong Kong based KCMG team. The final three LMP2 cars are all representing Russia, with multiple race winners G-Drive Racing switching to Morgan-Nissan for 2014. SMP Racing have also graduated to the FIA WEC after competing in the ELMS last season and have entered a pair of Oreca-Nissans.

In LMGTE Pro the driver line ups for most of the entries will be confirmed after The Prologue at Paul Ricard. Reigning driver’s champion Gianmaria Bruni will once again drive the nr51 AF Ferrari 458 Italia, while Davide Rigon will race in the no71 Ferrari. Britain’s Darren Turner will once again be joined by Stefan Mucke in the no97 Aston Martin Racing Vantage V8, while fellow Brit Alex MacDowall will race the no99 Vantage for the home race of the British manufacturer. 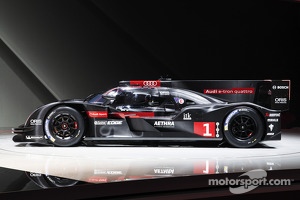 The single LMGTE Pro entry from reigning ELMS LMGTE Champions Ram Racing, who are also based at Silverstone, with Northampton based Irishman Matt Griffin joined in the Ferrari by Portugal’s Alvaro Parente. The line ups for the two factory Porsche 911 RSRs have yet to be confirmed but Patrick Pilet and Marco Holzer have been named as the lead drivers in the no91 and no92 cars respectively.

The LMGTE Am class has the largest grid, with eight cars due to start the 6 Hours of Silverstone. British team Ram Racing have one car with two British drivers. Reigning ELMS LMGTE Driver’s Champion Johnny Mowlem will be joined by Ben Collins, the former ‘Stig’ from BBC’s Top Gear.

Aston Martin Racing will also be fielding two Vantage V8’s in the LMGTE Am Class together with their two Pro class cars. The all Danish crewed no95 Vantage will be running alongside the no98 car of Canadian Paul Dalla Lana for the British team.

The class will be made up of three Ferrari 458s, including the reigning team champions 8 Star Motorsports. The other two Ferrari’s will be entered by AF Corse.

The final two entries are for the two Porsche 911s of race winners Proton Competition and 24 Hours of Le Mans regulars Prospeed Competition, with former Tourist Trophy winner Emmanuel Collard forming an all French driver entry in the Belgian team.

The 6 Hours of Silverstone takes place on Easter weekend from the 18-20 April. The weekend also includes the opening round of the European Le Mans Series on Saturday 19 April and three races for the FIA F3 European Championship.