Toyota extended its gap at the front of the field in second free practice for this weekend's Silverstone FIA World Endurance Championship round. 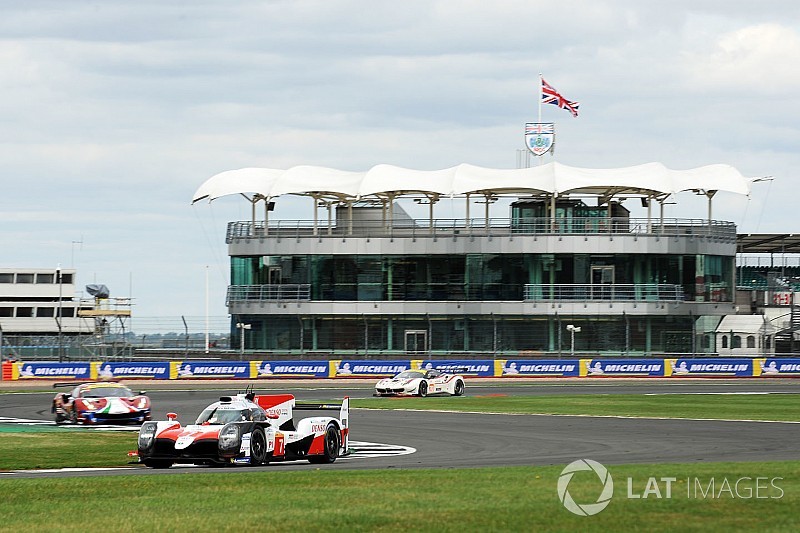 The #7 Toyota TS050 Hybrid, this time with Jose Maria Lopez at the wheel, beat the sister car by 1.3 seconds and ended up 1.6s clear of the fastest privateer.

Lopez posted a 1m38.536s early in the 90-minute practice period, which compared with Kazuki Nakajima's session best of 1m38.893s.

The fastest of the LMP1 privateers was the #17 SMP Racing BR Engineering BR1.

Egor Orudzhev recorded a 1m40.179s in the AER-powered car, which later stopped on-track with an electronics issue, to end up more than a second ahead of the next best privateer, the #3 Rebellion-Gibson R-13.

Thomas Laurent's 1m41.369s was four tenths down on the first session best from the car in the hands of Gustavo Menezes.

The second of the SMP entries took fifth with Vitaly Petrov ahead of Ben Hanley in DragonSpeed's Gibson-engined BR1.

The #1 Rebellion, in which Bruno Senna suffered a fractured ankle after crashing in the opening session, did not run as it continued to undergo repairs.

The ByKolles ENSO CLM-Nissan P1/01 also didn't take to the track after suffering an oil leak in first practice.

The Jota-run Jackie Chan DC Racing squad topped the LMP2 class times, as Gabriel Aubry ended up fastest in the team's #38 Oreca 07 with a 1m45.311s.

The Signatech Alpine Oreca took second with a 1m45.751s from Nicolas Lapierre, which just edged out Matthieu Vaxiviere's 1m45.818s in the TDS entry.

Ford returned to the top of the GTE Pro times in the closing minutes of the session courtesy of 1m56.898s from Harry Tincknell.

That vaulted him ahead of the two Aston Martin Vantage GTEs, which had headed the times in the middle of the session first with Marco Sorensen and then Alex Lynn.

Ferrari led the chasing pack courtesy of a 1m58.190s from James Calado as the Italian manufacturer and Porsche filled out the next four positions in class.

Matteo Cairoli was again fastest in GTE Am in his Dempsey-Proton Porsche 911 RSR.

Winning Toyota drivers expected to be third at Spa