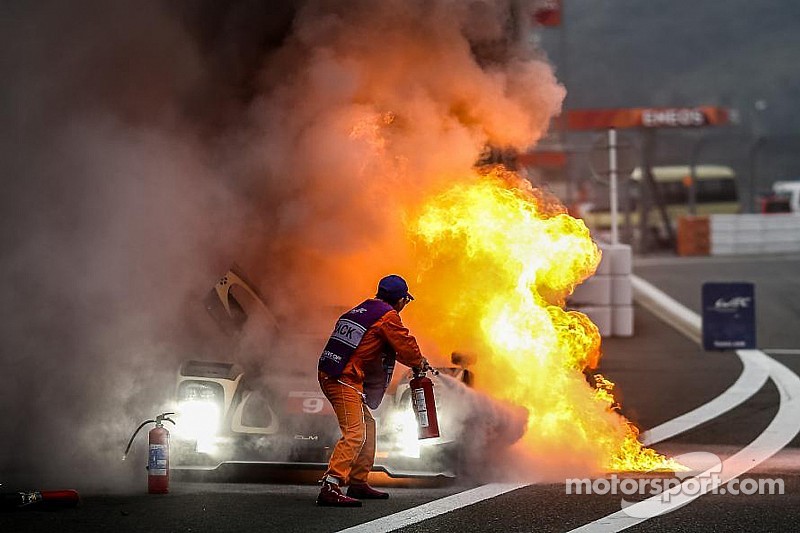 We've learned the reasoning behind the strange fire that suddenly engulfed the LMP1-L car.

During the Six Hours of Fuji, Christophe Bouchut was forced to quickly bail out of his Lotus when, with little warning, a fire erupted on the car.

He was on pit road after reporting smoke in the cockpit when the flames really started to intensify. It seemed like an eternity before safety crews were finally able to control and extinguish the raging inferno, which severely damaged the machine. Bouchut was promptly checked over by the medical team and escaped with minimal burns. He was running second at the time of the incident.

A failure in the fueling system is to blame, according to AER Engineering Manager Andrew Saunders. Motorsport.com took a look at the story behind the mysterious new LMP1 car a couple weeks ago, a piece you can read HERE.