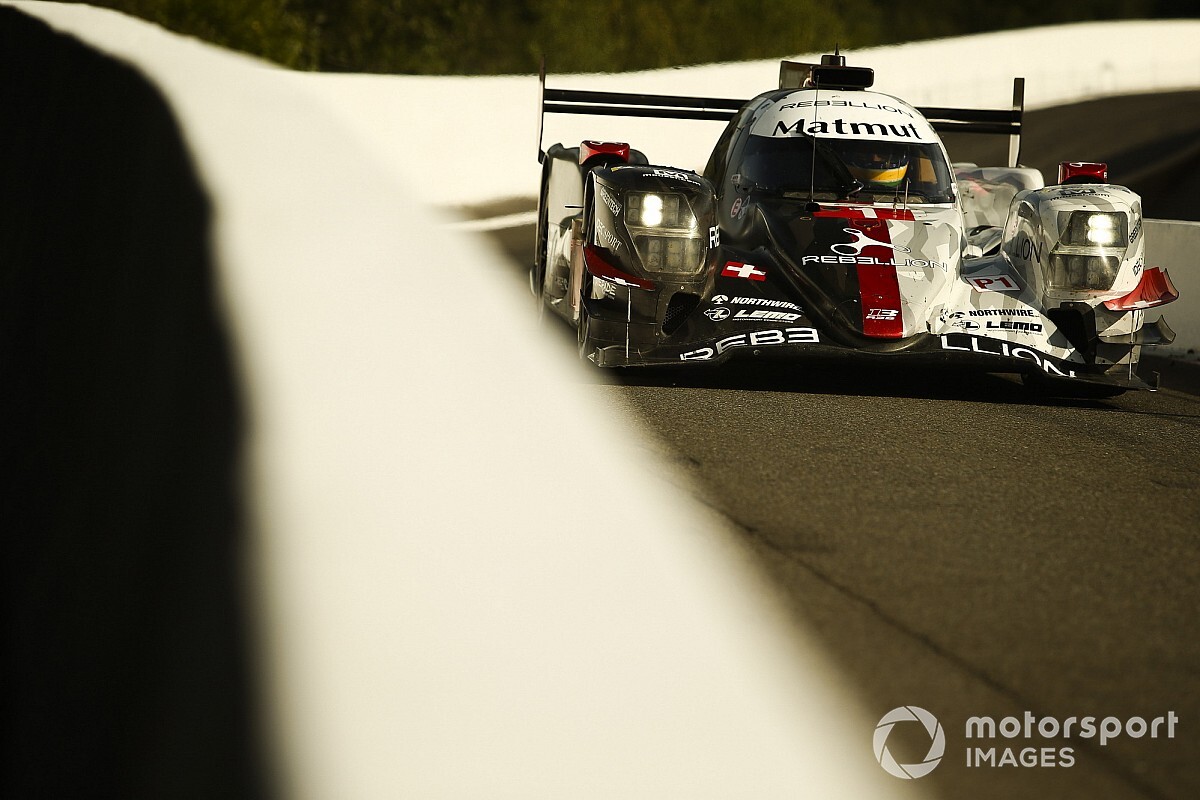 Gustavo Menezes ended up quickest aboard Rebellion's solo R-13 with a 2m00.878s lap that put the car half a second up on the best of the Toyotas TS050 Hybrids.

The pair of Japanese cars led the way initially before Norman Nato went fastest in the Rebellion with a 2m00.987s, which Menezes then improved upon by a tenth.

A qualifying simulation lap from Brendon Hartley produced a 2m01.438s right at the start of the session, which put the #8 Toyota second in the final times.

Kamui Kobayashi was only four hundredths slower on a 2m01.480s without going for a qualifying run to end up third in the sister #7 car.

The ByKolles ENSO CLM P1/01 brought up the rear of the LMP1 pack in fifth position overall behind the fastest LMP2 car. Tom Dillmann posted a 2m03.503s, a small improvement on the time with which Oliver Webb put the car second in first practice.

Third fastest in class was the United Autosports Oreca on a 2m04.533s set by Paul di Resta.

Martin posted a 2m14.678s on his home track with just over 20 minutes of the session to go aboard his Vantage GTE, which compared with Thiim's 2m15.345s.

The improvement by the Astons pushed the AF Corse Ferrari 488 GTE in which Miguel Molina had led the class order with a 2m16.044s down to third.

Matteo Cairoli jumped to the top of the GTE Am times in the fastest of the Project 1 Porsches with a 2m16.991s, which put him nearly half a second up on AF Corse Ferrari driver Giancarlo Fisichella.

Motorsport.tv will show qualifying and the race live HERE. Not available in USA/Canada.