Corvette Racing was left to wonder if the final outcome of the 2022 FIA World Endurance Championship would have been different if it wasn’t taken out by an LMP2 car at the Le Mans 24 Hours.

The General Motors-owned brand entered the full WEC season for the first time this year in the moribund GTE Pro division, going up against European rivals Ferrari and Porsche with a single Corvette C8.R shared by factory drivers Tandy and Tommy Milner.

Despite limited experience in the championship, Corvette outgunned its rivals on fuel efficiency in the fourth round at Monza to claim its first WEC win outside of Le Mans, while Tandy and Milner scored further podium finishes on both ends of the campaign in Sebring and Bahrain.

The Pratt & Miller-run squad was also leading at Le Mans in the last-ever running of the GTE Pro class at Circuit de la Sarthe, only to be denied a memorable victory with just six hours to run when third driver Alexander Sims was side-swiped by Francois Perrodo's AF Corse Oreca LMP2 car.

The resulting retirement for Corvette elevated eventual GTE Pro champions Alessandro Pier Guidi and James Calado (Ferrari) to second behind the race-winning Porsche, resulting in a 56-point swing between the two crews in the title fight.

The final margin between Corvette duo Tandy/Milner and Ferrari’s Pier Guidi/Calado after last weekend’s Bahrain finale was just 33 points in the latter’s favour.

Speaking during the Bahrain weekend, departing Corvette driver Tandy said he is proud of the effort put in by the American manufacturer during its first WEC season, but felt it was a year of ‘what could have been’ as Corvette lost a number of points to an ill-timed red flag at Spa and the blameless Sims's Le Mans crash.

“The Le Mans weekend was the best I've seen this team operate at, up to the crash,” Tandy told Motorsport.com ahead of being announced as a Porsche 963 Hypercar driver for 2023. “We were locked on for the victory and it got taken away.

“The problem with having a six-round championship with double points at one round [is that] effectively we were out of the championship after round three.

"It is tough to take because in a five-car class if you finish fifth it's not too bad, but if you DNF in a double-points race it kills your season.

“This is maybe something that could be looked at in the future to keep teams in a championship position.

“There's been lots of highlights and lots of ‘what could have beens’. If I think of two small instances, the red flag at Spa and the crash at Le Mans.

“With those two situations being opposite, we would be quite comfortably leading the world championship, looking to come [to Bahrain] to win the championship. But looking back at it, it's been a really good season.” 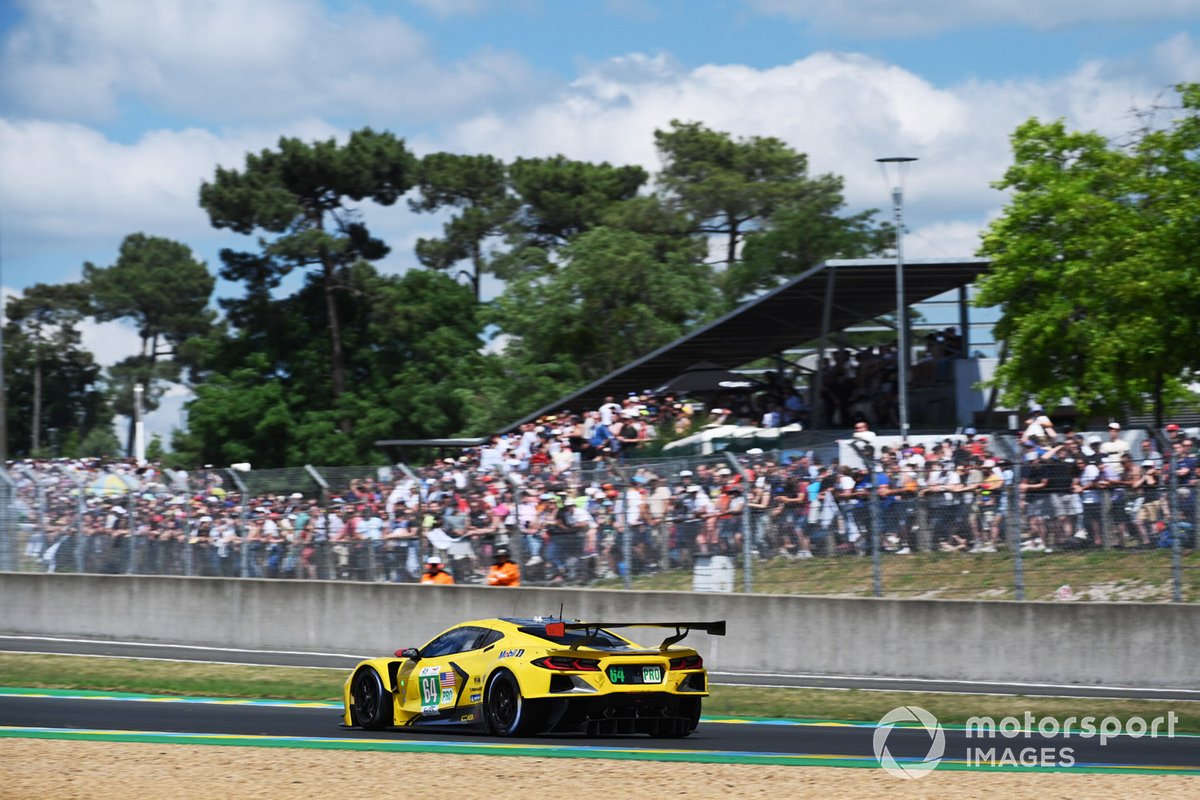 Heading into 2022, Corvette had to get a handle on the WEC’s sporting regulations and other processes, which are very different to what the manufacturer is accustomed to from its time in the IMSA WeatherTech SportsCar Championship.

While lamenting the unfortunate incident at Le Mans, General Motors’ sportscar manager Laura Wontrop Klauser hailed the entire Corvette crew for showing what the team is capable of in the WEC.

She hopes the lessons Corvette learned this year will benefit it in 2023, when it will compete in GTE Am with Nicky Catsburg, Ben Keating and a yet-to-be-named third driver.

"I definitely would call our first WEC season a success,” said Klauser. “Everyone at Corvette Racing can be satisfied with a win and two runner-up finishes.

“You always want more though, and we're always going to be left with a feeling of 'what-if' around what happened at Le Mans.

“Still, it's safe to say that everyone on the team enjoyed the experience of being in a new championship and part of the WEC paddock throughout the year.

“This experience and knowledge we gained will make us better not just in WEC next year but also in IMSA and as we press on with the Corvette Z06 GT3.R.

“The list of the things we learned throughout this year could fill a notebook. There are different processes and procedures that are different than what we experience racing in the US, and our team did a phenomenal job being on top of all of that.

“There is always room for improvement, and we will work to identify those areas ahead of next year's opener at Sebring."

Peugeot to complete first 24-hour test with 9X8 before Christmas

The World Rally Championship is working on delivering a desert rally event in the Middle East in 2024 after plans for next year failed to come to fruition.