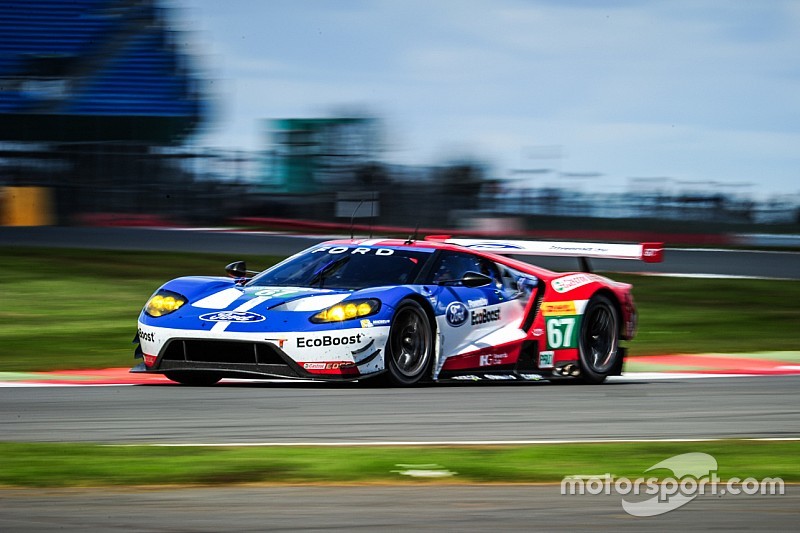 It was a positive achievement considering the Silverstone race, the opening round of the 2016 WEC, marked the series debut and maiden race in Europe for the new Ford GT that has contested just three races – all in North America. For Harry himself, who next races the Ford GT in the 6 Hours of Spa on 7 May, it was a promising debut with the “factory” Ford squad having only driven the GT for the first time in mid-February.

The Tincknell/Franchitti/Priaulx Ford started the race from fourth in class on the grid courtesy of Harry and Priaulx in qualifying the previous day despite gear selection issues. Co-drivers Priaulx and Franchitti both took hits during their respective stints behind the wheel in the race before Tincknell took over for a near two-hour stint to the chequered flag. Harry, who had won the opening 4 Hour race in the European Le Mans Series the previous day, races the Ford GT for a third and final time in 2016 at the 24 Hours of Le Mans (18-19 Jun).

“I’m absolutely delighted with what we achieved. I enjoyed a great run and personally it was mega to be first Ford home after coming out on top of a good battle with ‘Oli’ [Olivier Pla]. Both Fords clocked up 165 race laps equating to over 1,200 miles which gives the engineers loads of important data to plough through. I enjoyed a mistake-free run while setting good average lap times. The Ford Chip Ganassi Racing guys did a great job in the pits and everything ran pretty smoothly with the Ford GT which was great for its first WEC race.”

Nissan kicks off FIA WEC and ELMS campaigns at Silverstone