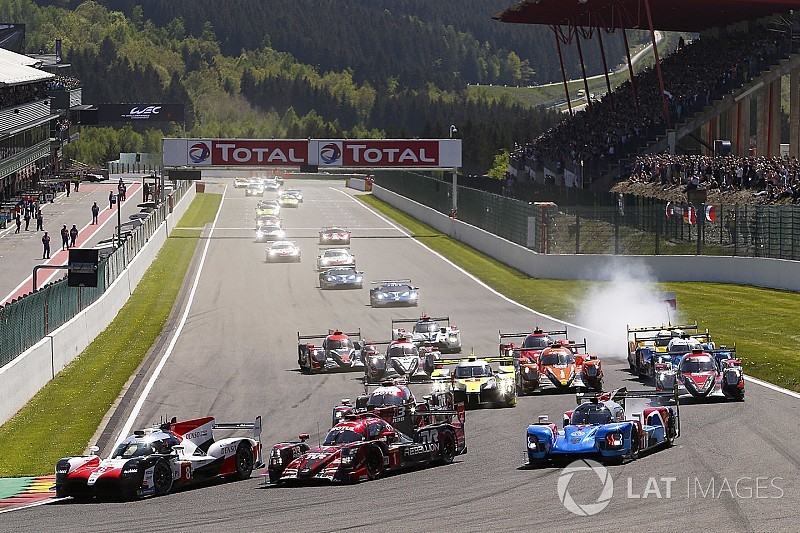 Todt believes that the new class, dubbed GTP, currently under discussion requires a trio of car makers to be in at the start.

The Frenchman claimed that the drive to reduce costs could result in more manufacturers joining the top class of the WEC over time.

"I would say to start considering doing something, you need a minimum of three manufacturers," said Todt.

"We have some very good ideas to drastically reduce the costs of participating at the highest level of the endurance championship that will be very attractive to manufacturers.

"Without being over-optimistic, I could see five to seven manufacturers in the top category of the WEC. A success would be 10; we have other categories of motorsport where there are 10 manufacturers involved."

Series promoter the Automobile Club de l'Ouest's original agreement with the FIA was to have a minimum of two manufacturers in LMP1.

This was modified for the current season after the withdrawal of first Audi and then Porsche, which has resulted in the disappearance of the manufacturers' championship in LMP1.

WEC boss Gerard Neveu has yet to be drawn on how many manufacturers the series is targeting for year one of the new rules, only saying that he wants "between one and 10".

There are currently five manufacturers actively involved in the discussions on the new rules, the broad outline of which should be announced during the week of the Le Mans 24 Hours next month.

Ferrari, Aston Martin and Ford have all confirmed they are participants in this process, joining Toyota and McLaren. Porsche is understood to be an observer.

The new rules will allow manufacturers to give their GTP cars the look of their road going machinery, while maintaining present performance levels at a lower cost.

Lotterer: Privateers being unable to race Toyota is "sad"