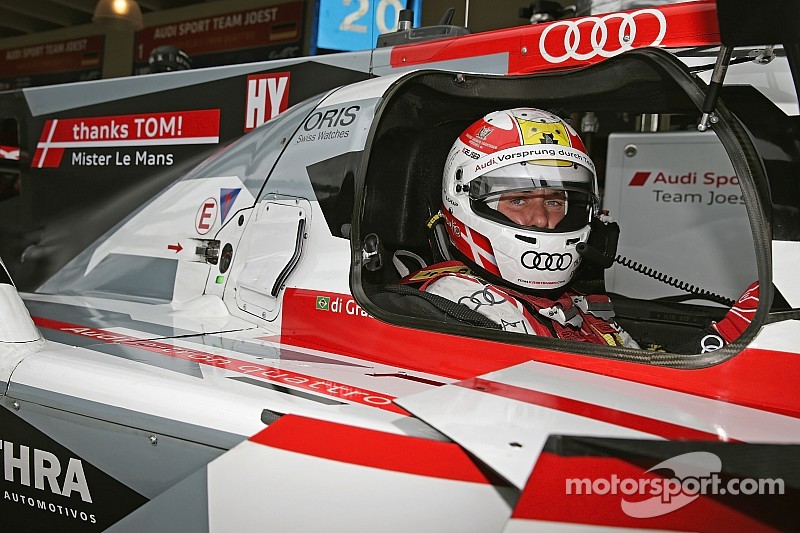 Looking back over the top moments of 2014, we hit #11, and the emotional announcement that Danish driver Tom Kristensen would be leaving motorsports after 2014.

They called him Mr. Le Mans.

And for good reason. He has an unrivalled statistical career at the classic race, complete with a career spanning 18 years at Circuit de la Sarthe.

Tom Kristensen announced his retirement from racing on November 19.

“I’ve had the privilege of driving for the best team and the world’s coolest automobile manufacturer for 15 years,” he said during the announcement.

“I’ve had great team-mates and worked together with fantastic people. My string of victories in the Le Mans 24 Hours would not have been possible without Audi. Leaving this team as a driver is hard for me. But the day had to come at one time or another.”

And a string he has. In 18 starts at the historic 24 hour event, if the car he was competing in was running at the finish, he found himself on the podium. 14 times on the rostrum, 4 DNFs. But, even more impressively, he holds 9 overall victories at the 24 Hours of Le Mans, with 6 coming consecutively from 2000-2005.

With storybook stats at the worlds biggest auto race, and an entire racing career that spanned 26 years, he won in every single automobile he sat in, and even claimed championship titles in German F3 in 1991, Japanese F3 in 1993, the American Le Mans Series in 2002 and the FIA World Endurance Championship in 2013.

During his final race at Sao Paulo, a win was just out of reach for the Danish driver, but a serious chance to fight for a podium was at hand.

“I finished my first race with Audi at Sebring in 2000 on the podium and ending my career I’m on podium again after a difficult race,” he said after his final event.

And even in defeat, with such a competitive LMP1 field, Mr. Le Mans congratulated his rivals.

“Congratulations to Porsche on their first victory and to Toyota on winning the title. And I'm happy to have spent my career at Audi with the best team in the world. Emotionally, this was the best weekend in my career.”