The drivers of the second-placed Toyota in Sunday's Fuji round of the FIA World Endurance Championship say they were powerless to overcome their handicap against the winning sister entry. 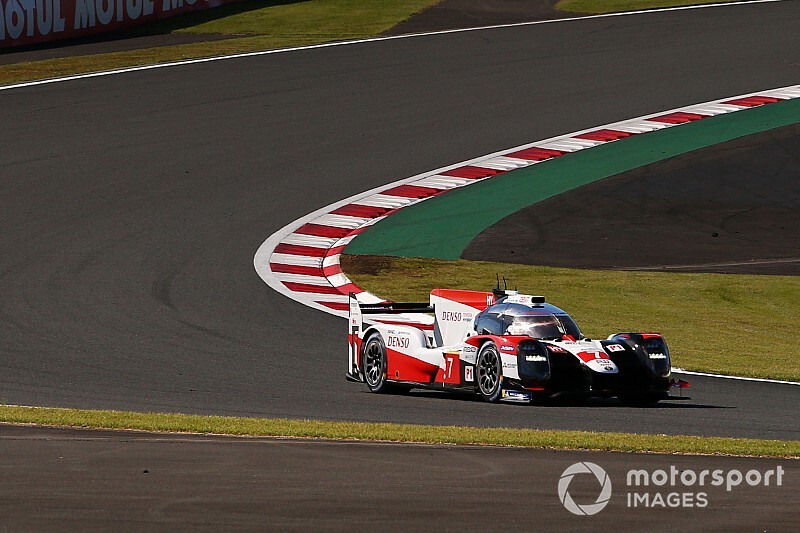 Kobayashi and his teammates in the #7 TS050 Hybrid, Jose Maria Lopez and Mike Conway, ended up 33.9 seconds down on the race-winning #8 Toyota at Fuji, hobbled by their theoretical success handicap of 0.4s a lap after their Silverstone triumph.

The gap between the Toyotas had been as large as 50 seconds before the #8 car picked up a drive-through penalty for pitlane speeding.

Kobayashi admitted after opening practice on Friday that he felt "demotivated" because he knew he had no chance of winning, but after the race said he was satisfied to have finished closer to the #8 car than team simulations had forecast.

"I don’t feel [we had any chance] at all," Kobayashi told Motorsport.com. "But I feel we managed well.

"The calculations said in theory [we would be] 90 seconds slower than car #8. We finished 33 seconds [behind], so we did a good job. Unfortunately this is the handicap in the end.

"I think in future we know as soon as we have a gap in the points [between the cars], if we do a mistake in the race or we are not scoring points, the next couple of races we’ll be very quick. We’ll know the result [beforehand]."

Asked if he felt the current system was bad for the fans, the Japanese driver replied: "Yeah. It’s hard for them to know how much [of the gap] actually is the handicap.

"I would say it’s so hard to calculate how much the handicap is really. The team calculates as much as possible but in the end the calculation was not accurate. We can say sometimes maybe we see four tenths, sometimes six tenths, we don’t know what it is in the end."

Lopez echoed Kobayashi's sentiments, and admitted that while "the motivation changes" as a result of the handicap system, he is looking forward to a fairer fight next month at Shanghai now both Toyotas are level on points - and will therefore have the same penalty.

"I think overall the performance was good, sometimes we were quicker than car #8," said Lopez. "Considering the handicap, arriving 30 seconds [behind] was a good result for us.

"When we put on the helmet we try to adapt and take the maximum out of the car. That’s our job, no matter what the penalty is or the regulations. You have to try.

"Now we come back again in Shanghai, we’ll be the same. If they are better in Shanghai we’ll be better in the [following] race. The system is designed for that, you’ll never be able to pull away in the points because another car will always be quicker.

"The important thing is to not have a DNF, keep scoring points, and get to Le Mans, which I think the race that will make the difference."