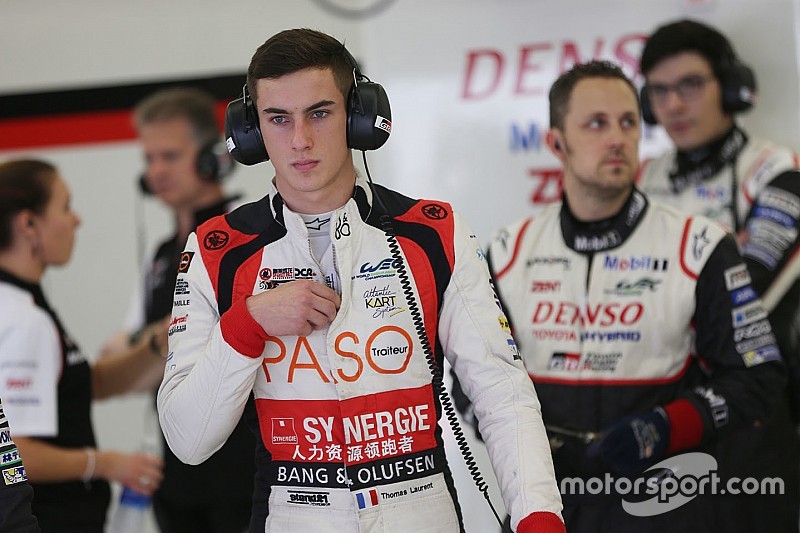 The 21-year-old Frenchman will begin work with the Japanese manufacturer after next month's Le Mans 24 Hours 2018/19 series finale and will participate in its pre-season test programme.

The deal follows a run in a Toyota TS050 Hybrid at the WEC rookie test at Bahrain at the end of 2017, the season in which he finished on the overall podium at Le Mans and was runner-up in the LMP2 points with the Jota-run Jackie Chan DC Racing squad.

Laurent said: “It is an honour to become an official Toyota Gazoo Racing driver, joining a manufacturer team for the first time in my career.

"My focus at the moment is to enjoy a successful end to the WEC season with my current team at Le Mans, but naturally I am looking forward to driving the TS050 Hybrid again and being part of a world championship-winning team.”

Toyota team president Hisatake Murata described Laurent as as a "talented and consistent driver, which is particularly impressive considering he is still a young man".

"Based on his performances so far, I am sure he will continue his rapid development and become a real star of endurance racing for many years to come," he added. "Everyone in the team is excited to see his progress.”

It is unclear whether Laurent, who lies third in the LMP1 points with Rebellion teammate Gustavo Menezes going into Le Mans, will undertake a WEC race programme alongside his Toyota duties.

He has been linked to a move back to LMP2 with the Signatech Alpine squad.

Toyota has retained five of its current WEC race drivers for the 2019/20 season, with Brendon Hartley replacing Fernando Alonso to fill the remaining slot in the line-up.