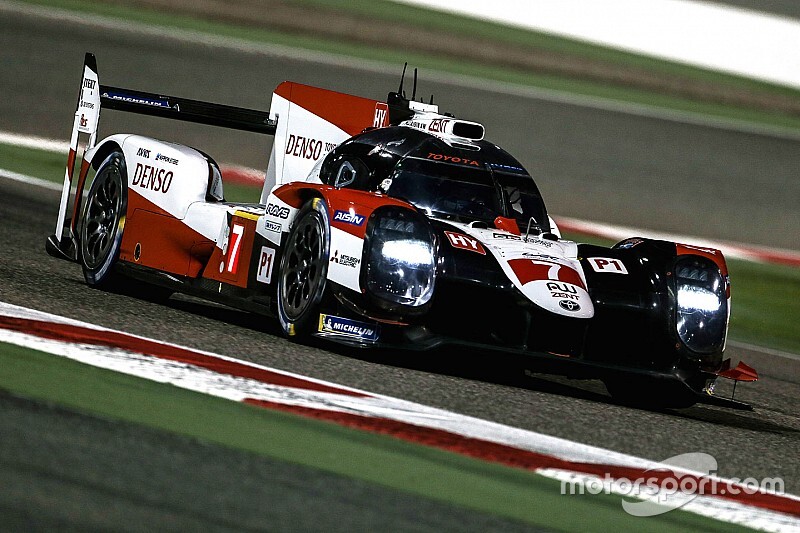 Toyota has been handed its largest success handicap of the FIA World Endurance Championship season so far for next weekend's race at the Circuit of the Americas.

The Japanese manufacturer's points-leading #7 TS050 Hybrid has been slowed to the tune of 2.77 seconds a lap for the 'Lone Star Le Mans' event on February 23.

That outstrips the 2.74s by which both Toyotas were penalised for last November's Shanghai race, and the 2.72s handicap given to the #8 car for the most recent round in Bahrain. This is because, at 5.513km (3.426 miles), COTA is slightly longer than either of those venues.

Given the eight-point difference in the points standings between the two Toyotas, the #8 TS050 Hybrid heads to Austin with only a 2.21s penalty, half a second less than the sister car.

Although handicaps cease to apply beyond a 40-point threshold, they are calculated from a virtual reference car that is always 40 points down on the championship-leading car.

The only other LMP1 car present for the COTA race is the #1 Rebellion R-13, which has been slowed by only 0.55s a lap after falling 32 points off the lead Toyota in the standings.

Ginetta has pulled out of the event, but had its two G60-LT-P1s been present, they would have raced with no penalty as they are both more than 40 points behind the #7 car.

The British marque's absence from Austin leaves the WEC with its smallest-ever LMP1 field of just three cars - one fewer than the previous lowest tally.