Toyota has revealed that its Le Mans Hypercar is powered by an all-new twin-turbo V6 engine on the official launch of its latest FIA World Endurance Championship contender.

The 3.5-litre internal combustion engine in the back of the Toyota GR010 Hybrid is significantly bigger in displacement than its predecessor in the TS050 LMP1 car.

This increase from the 2.4 litres of the previous V6 introduced with the TS050 Hybrid in 2016 reflects changes in the WEC technical regulations with the arrival of the LMH class for the coming season.

These set a maximum power output of 670bhp (500kW), a figure that includes the boost from the single front-axle hybrid system, which can produce up to 268bhp (200kW).

The 2.4-litre V6 of the TS050 was rated at approximately 500bhp, a figure that was nearly doubled when the twin hybrid systems on the front and rear axles were at full boost.

The new car's electronics reduce the power of the direct-injection V6 developed in Japan at Toyota's Higashi-Fuji technical centre according to the amount of hybrid boost deployed. 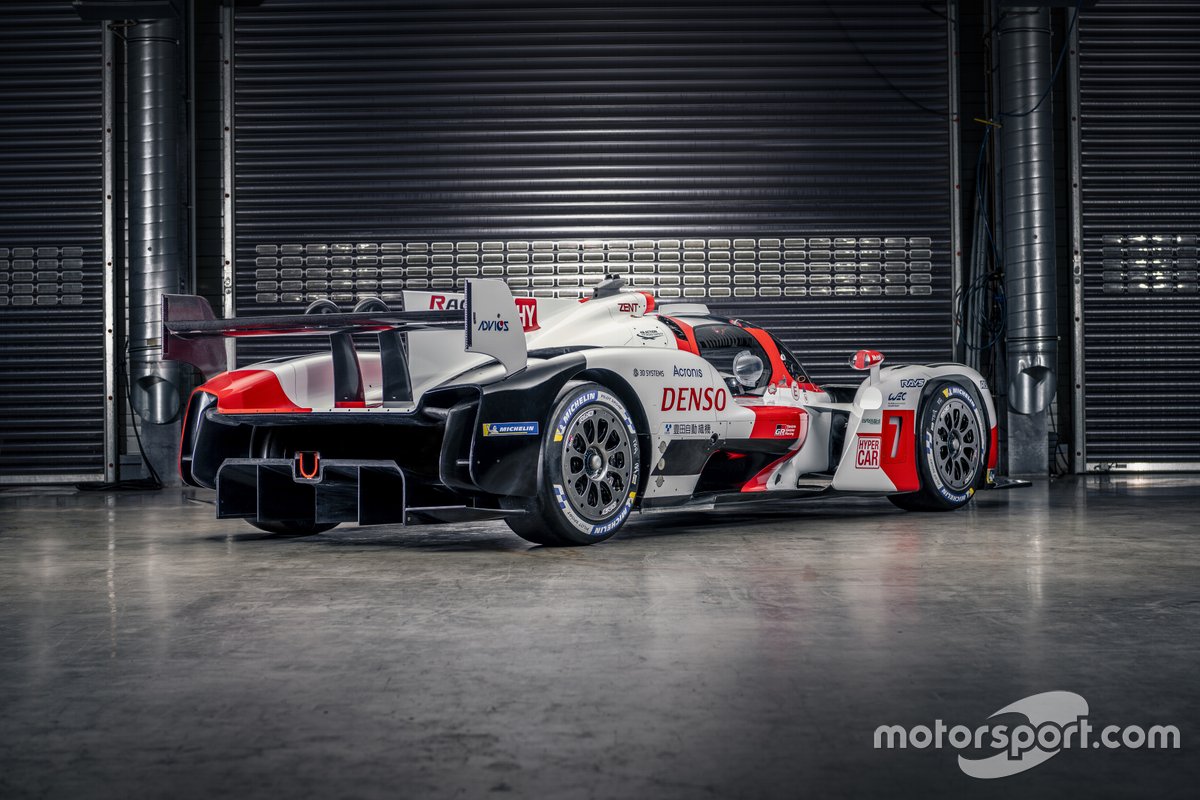 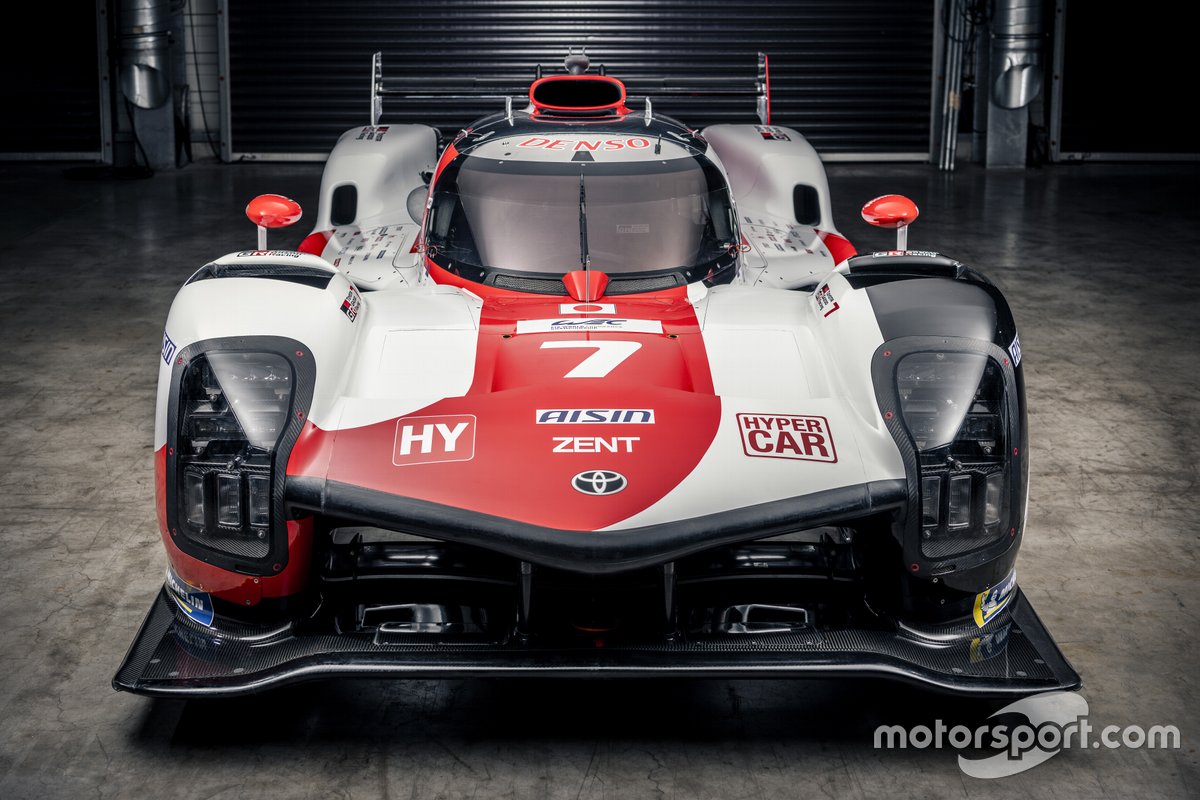 Toyota's LMH contender was launched in a new livery that incorporates the GR lettering of its Gazoo Racing sporting sub-brand. It reflects the appearance of the GR Super Sport road-going hypercar demonstrated at last year's Le Mans 24 Hours.

The Japanese manufacturer has confirmed that it will defend its WEC drivers' and manufacturers' titles, as well as its Le Mans crown, with an unchanged driver line-up.

Mercedes Formula E driver Nyck de Vries will continue as test and reserve driver. No mention was made of Kenta Yamashita in the announcement. 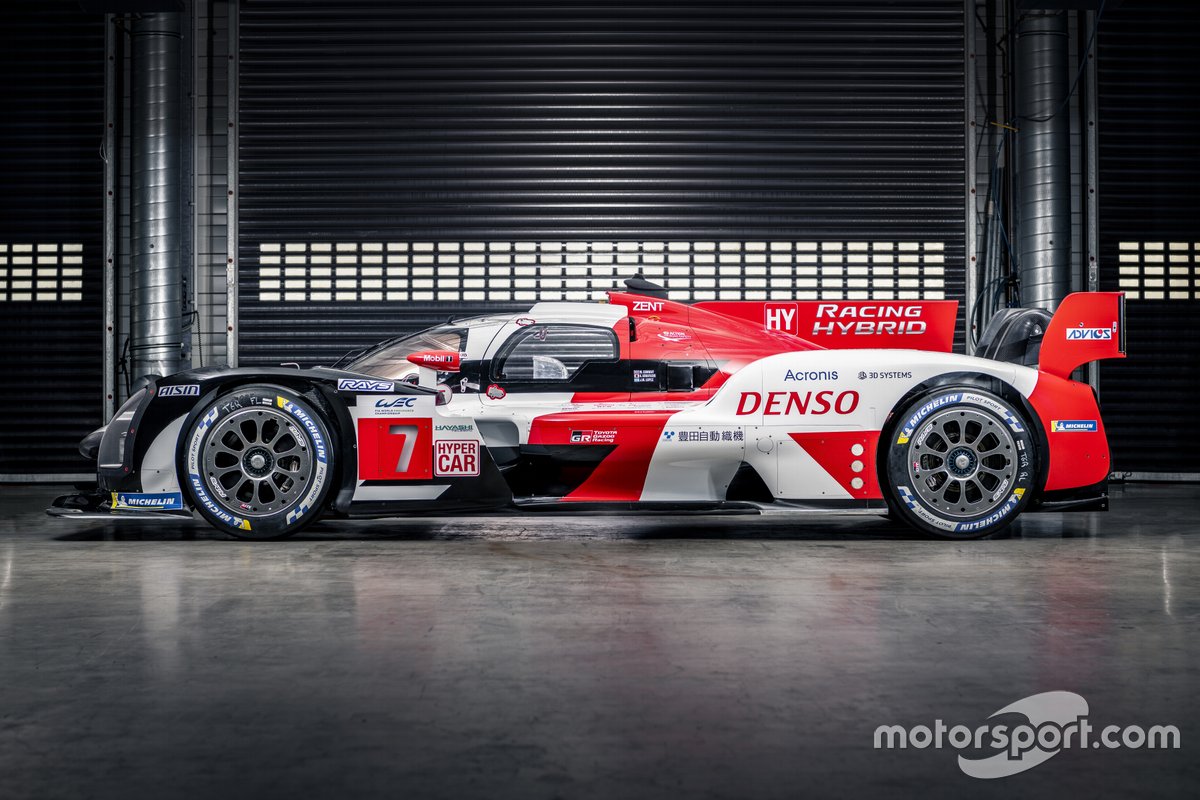 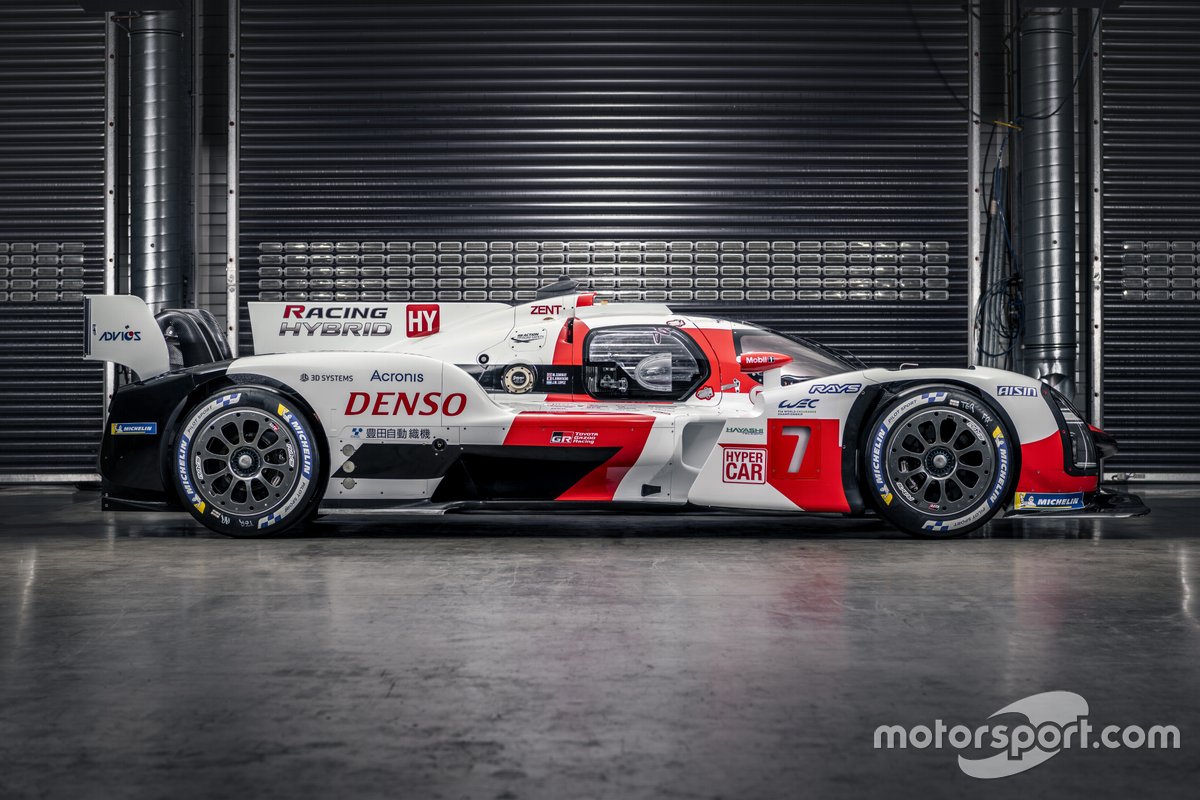 The new GR010 is significantly bigger than its predecessor: it is 250mm longer, 100mm wider and 100mm higher. It is also heavier as per the regulations: it weighs 1040kg compared with the 878kg base weight for Hybrids under the P1 rules.

A single aerodynamic configuration, with only one adjustable aerodynamic device, is allowed under the new rules as part of the drive to reduce costs.

That means the GR010 will race in the same specification at high- and low-downforce tracks, with an adjustable rear wing modifying its aerodynamic characteristics.

Maximum downforce and minimum drag numbers are set by the LMH regulations.

John Litjens, chassis project leader at TGRE in Cologne, explained that the new regulations meant there is "more freedom allowed for the bodywork shapes and concepts" and that "you can see the result of this freedom clearly on the GR010 Hybrid".

"There is a similar principle on the powertrain side as well, with a given power curve but a lot of freedom in terms of configuration," he said.

"The biggest change for us here was to move to only a front motor generator unit. The packaging for the hybrid system was more challenging on this car because of updated safety standards.

"The combustion engine is a more powerful on the GR010 Hybrid compared to the TS050 Hybrid, so it is a very different car both in appearance and in how it sounds.”

Toyota was due to undertake a third test with the GR010 at Aragon this week, but this had to be called off due to heavy snow at the Spanish venue.

The GR010 is due to make its race debut at the scheduled first round of the 2021 WEC at Sebring on March 19.

Spa WEC: Toyota leads the way with 1-2 in final practice