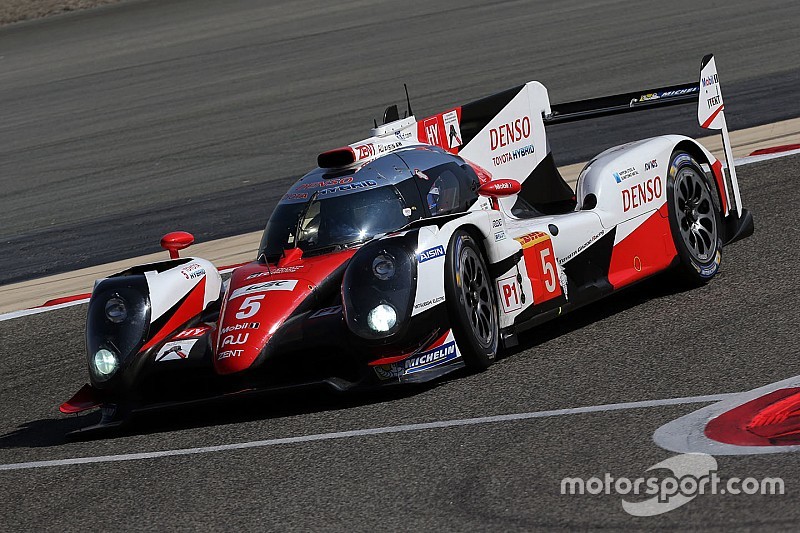 Following Audi's withdrawal from endurance racing, Toyota and Porsche have been left as the only two manufacturer entrants in the top class of the FIA World Endurance Championship.

Toyota enjoyed a major step forward in performance this season after a disastrous 2015 campaign, thanks to a brand-new TS050 Hybrid equipped with a turbo engine and a 8MJ lithium-ion hybrid system.

While Vasselon admits next year's step won't be as large, he told Motorsport.com Toyota has set itself "quite ambitious" performance targets in a bid to ensure it comes out on top against Porsche in both the championship battle and the race for victory in the Le Mans 24 Hours.

"We're not expecting as big a performance gain as from 2015 to 2016," Vasselon said, "because some elements are going to stay the same.

"For instance, our hybrid system already is 8MJ. We got there in a satisfying way, so even though we're going to improve some details, there won't be as big a step in terms of the hybrid system.

"Regarding the engine, I'd say that the big step towards turbocharged technology – which caused some difficulties for us because it's quite a big step in many areas – we've mastered it.

"However, we're still aiming at quite a big gain in performance for next year. We don't exactly know what Porsche will do, so we thought we'd avoid getting surprised and set quite ambitious performance goals.

"Will we reach them? Some of them are risky. But we set quite an ambitious performance goal which, if achieved, should make us more than competitive."

Although Toyota is believed to be strongly considering entering a third car for Le Mans this year, Vasselon said that no decision has yet been reached - and that the withdrawal of Audi has changed nothing for its plans.

"There is no correlation between what happened [with Audi] and our decision [on a third car], although we obviously should support the series and Le Mans by entering as many cars as possible," Vasselon stressed.

"Apart from that, our decision will be what it will be, but it won't be directly influenced. We are not yet ready to finalise it or set the definitive plan. I think it will be made in January at the latest."

Ginetta poised for LMP1 return in 2018