Brendon Hartley says Toyota has not given up on scoring an unlikely FIA World Endurance Championship victory in Shanghai, despite admitting that the success ballast has proved to be “brutal” for the Japanese manufacturer so far. 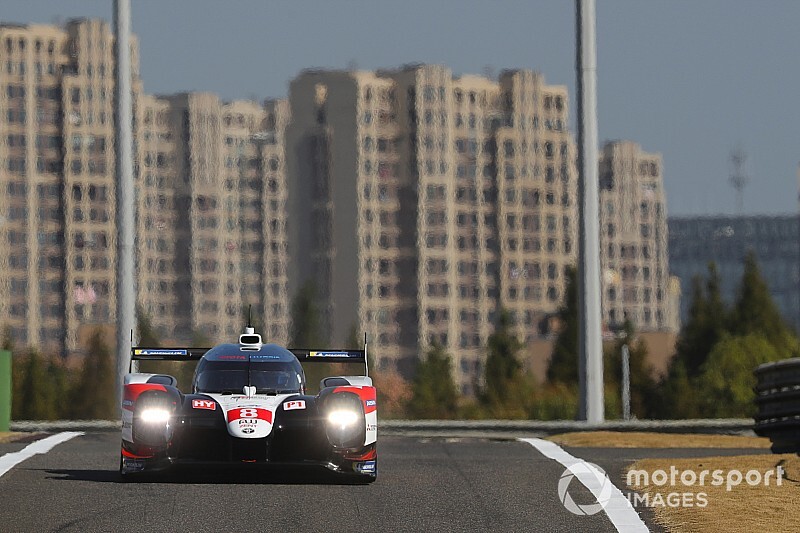 The two TS050 Hybrids sat at the bottom of the LMP1 times in qualifying, Kamui Kobayashi, Mike Conway and Jose Maria Lopez taking fourth in the #7 car ahead of sister crew of Hartley, Kazuki Nakajima and Sebastien Buemi.

The average times of the two Toyotas were a second apart, with Hartley’s best lap of 1m49.318s even slower than some of the leading LMP2 cars.

Asked to explain why the #8 Toyota was significantly slower than the sister car, Hartley told Motorsport.com: “We didn’t have the best run. After the first set [of tires] with Kazuki and Kamui it was clear that pole position was impossible.

“So we decided to just use one set and save a new set for tomorrow to try and have the maximum chance tomorrow if the pole position was impossible.

“In my run I had to abort my first lap and had some issues on the second lap. I didn’t really do a representative lap time. On top of that we didn’t have new tyres.

"We thought fourth and fifth was possibly the best we could do, maybe third was on the cards.”

Toyota has been penalised to the tune of 2.74s in Shanghai 4 Hours, the maximum ballast possible under the Equivalency of Technology rule that was introduced at the beginning of the 2019/20 season.

That meant the lead Toyota ended up 1.3s down on the pole-sitting Rebellion, with the two Ginettas also qualifying ahead of the #7 car in second and third positions.

However, Hartley believes Toyota still has an outside shot at denying Rebellion its first victory of 2019/20, highlighting the Japanese manufacturer’s superior pitstops and strategy.

“I still think there is a chance to fight tomorrow, particularly if we don’t make any mistakes,” Hartley said. “We know our team is incredibly slick on the pitstops, strategy. Clearly the success handicap has been pretty brutal here.

“But if we just focus on doing our very best race, see if the others make some mistakes or have some issues, maybe we can still fight at the pointy end. Let’s see.”

Lopez also didn’t rule out a third straight Toyota victory of the season, but admitted that success ballast has reduced the TS050’s straightline speed to such an extent that it might prove to be difficult for Toyota drivers to even pass the GTE cars.

“It’s hard. It’s really hard,” Lopez told Motorsport.com. “You always find yourself on the limit, even with the GTs if you overtake because we not only lacking power, we also lacking fuel.”

He added: “It’s gonna be tough. Still there is chance that we can execute a perfect race like we did before. The privateers they lose a little bit of time in pitstops or maybe mistakes, we’d be still there fighting.

“For us obviously it’s tough with everything because difference is huge, we have no power. If you look at Brendon’s lap time, we were P4 on the LMP2s. So you are talking about slower than P2s. it’s going to be a tough race.”