Toyota's WEC advantage "not fair on the public"

Rebellion LMP1 driver Thomas Laurent says the size of Toyota’s advantage at the front of the FIA World Endurance Championship field is “not fair” on the public watching the series. 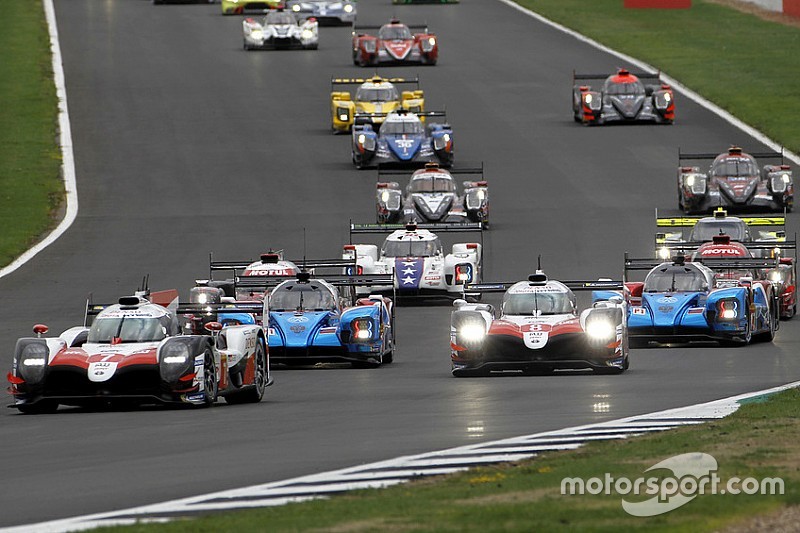 Laurent and his teammates in the #3 Rebellion R-13 Gibson, Mathias Beche and Gustavo Menezes, finished four laps down on the two Toyota TS050 Hybrids in last weekend's Silverstone round, but were promoted to victory when the Japanese marque's cars were excluded.

Toyota's continued domination came after tweaks to the Equivalence of Technology rules aimed at closing the gap to the non-hybrid privateer LMP1 squads, after the third-placed Rebellion finished 12 laps down on the winning car in the Le Mans 24 Hours.

But Laurent said the changes made "absolutely no difference" to the balance of power between the two types of car.

"We need to improve again the EoT again," said the 20-year-old, who became the youngest ever outright winner of a WEC race after Toyota's double exclusion.

"I spoke to [WEC boss] Gerard Neveu, he told me, 'Yeah we need to improve, but little step by little step'. But compared to Le Mans it's not enough.

"At the end of the season, we will arrive at Le Mans [in 2019] and we will still have a two-second gap between our cars.

"They need to do something, because it's not fair, for us and for the public. It's not fun to watch."

Just 20 minutes into the six-hour Silverstone race, the two Toyotas had pulled away to the tune of 30 seconds from the best non-hybrid, and 11 minutes later they had pulled one minute clear.

The third-placed #1 Rebellion dropped off the lead lap after 54 minutes, although the sister #3 car took even less time to be lapped after it was delayed in a Turn 1 incident with the #17 SMP Racing BR Engineering BR1.

"At the beginning we lost one lap in 30 minutes," Laurent added. "The first 30 minutes was amazing to watch, and not in a good way. For me it's a bit too much."

DragonSpeed BR1 driver Renger van der Zande believes any further EoT changes would be a waste of time and that closing the gap between Toyotas and the privateers is impossible.

"I think Toyota wasn't even on the limit," the Dutchman told Motorsport.com. "If they want they can go even faster. Their competition is themselves.

"When you're behind one of those Toyotas, you can see how smooth and easy they can drive around traffic, where they go off-line with [tyre] pick-up and how soon they can pick up the pace again.

"It's a different class, let's be fair. You cannot blame them for being so advanced or having the biggest budget. I don't think there's a chance of bringing them together [with the privateers], really."