Toyota will beat the LMP1 privateers by a margin as large as four laps in this weekend’s Silverstone FIA World Endurance Championship race, predicts Jenson Button.

Both races of the 2018/19 campaign so far have proved Toyota walkovers, with the Japanese marque finishing two laps up on the third-placed Rebellion at Spa before winning the Le Mans 24 Hours with a crushing margin of 12 laps.

The championship made several Equivalence of Technology tweaks ahead of the Silverstone race in order to try and close the gap between Toyota and the privateers.

But the two TS050 Hybrids still proved two seconds quicker than the best non-hybrid, the #11 SMP Racing BR Engineering BR1 shared by Button and Vitaly Petrov, in qualifying at Silverstone.

“[Toyota] will be four laps ahead [by the end of the race], I reckon,” said Button after qualifying.

“If it's a clear track and there's no traffic, we're probably two seconds a lap slower.  But we can't overtake like they can cause we don't have the boost.

“In traffic, we're four seconds a lap slower. So it's tricky. I guess we'll be four laps down. We're not racing them, they're racing each other.

“We've got the Rebellions, which is fun, and I don't know what the DragonSpeed [customer BR1] will be like in the race either. So that's going to be a good little race, I think.”

Asked whether the EoT had made any difference, Button said balancing the hybrid-powered Toyotas with their privateer counterparts would be impossible.

“They [the privateers] are never going to be as quick as the hybrid, factory team,” the 2009 Formula 1 champion conceded.

“They're spending over a hundred million [dollars], and we're minuscule compared to what they would be spending, development and what have you.

“There's no comparison. Then they've also got four-wheel drive; the tyres that we use are built for a Toyota. So we overheat the rears and we never get the fronts working because the fronts are built to be driven by power.” 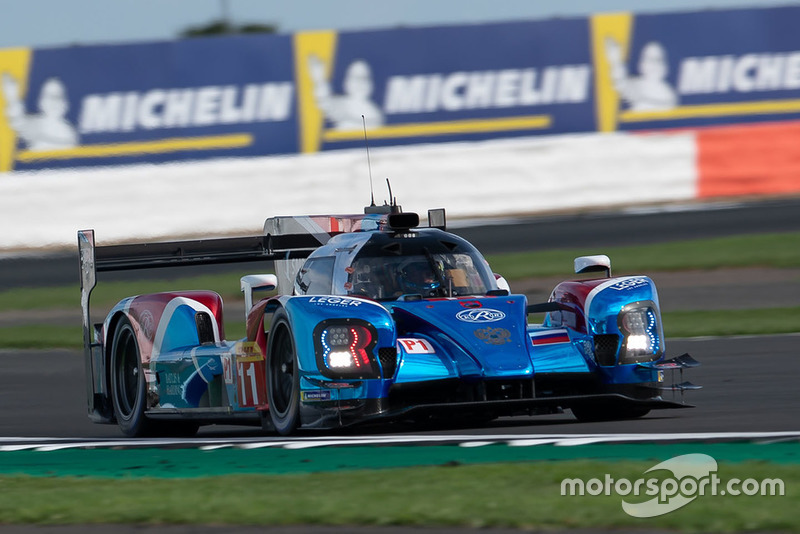 Mike Conway, who along with teammate Jose Maria Lopez put the #7 Toyota on pole at Silverstone, said he expected the non-hybrid cars to be closer given the EoT change.

“If they could do the same laptime as us in the race, that would be great. We’d like to see them be that close.

“We still have the advantage of managing our boost, getting around traffic, that’s where our advantage is.

“We want them closer, for sure. But looking at the longer runs yesterday, we still have a decent advantage, so we’ll see.”