The United Autosports team co-owned by McLaren boss Zak Brown is moving towards an expansion into the FIA World Endurance Championship next year.

The British-based team is aiming to begin a full-time WEC campaign in the LMP2 class alongside a continued European Le Mans Series programme at the start of the 2019/20 season next September.

United chairman Brown said: "I'd like to see us doing the WEC and we are making good progress to be there.

"I really like the ELMS and I see us being a permanent fixture in that paddock for years to come."

Richard Dean, United's managing director, added: "The WEC was always something we've wanted to do, but something has come about that means it is looking more possible for next season.

"There is an opportunity coming up that is in discussion."

Dean said that should the WEC move come about for 2019/20 it would be with a single entry.

United currently runs two LMP2 Ligier-Gibson JS P217s in the ELMS, as well as a pair of Ligier-Nissan JS P3s in the LMP3 division of the championship.

Brown re-iterated that United has no plans to return to the IMSA WeatherTech SportsCar Championship in which it contested three of the enduros this season.

The programme included giving McLaren Formula 1 driver Fernando Alonso the opportunity to race a prototype for the first time at the Rolex 24 at Daytona in January ahead of the start of his WEC campaign with Toyota. 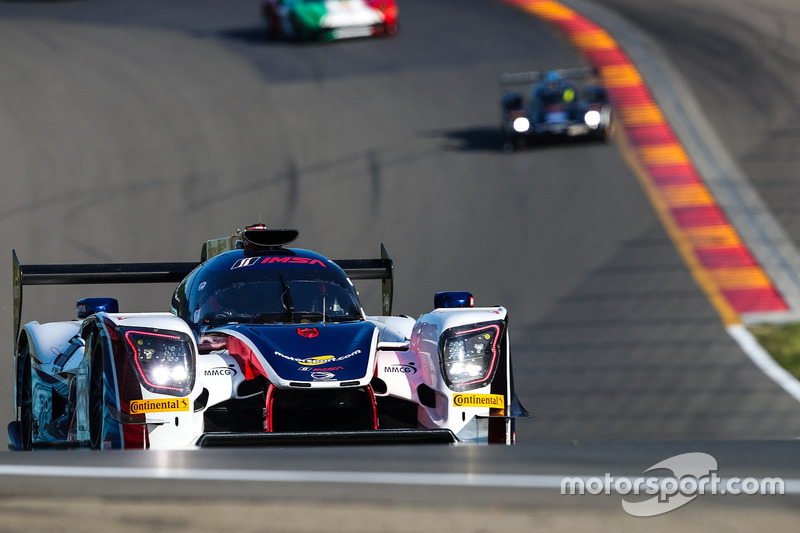 The team revealed last month that IMSA's decision to make LMP2 a pro-am class secondary to DPi would mean there would be no return to the big races in 2019.

Dean hinted that the team had aspirations to run a DPi programme in the future, but Brown said there was "more likelihood that we will do WEC rather than starting a team in America".

It is unclear whether United will continued with the Ligier chassis in the long term, even though it sells the French constructor's cars in Britain through its Ligier UK arm.

Dean stressed that he and Brown "looked at the two as two separate businesses".

"Nothing is off the table, because if you don't have a competitive car as a race team you cannot survive, so you either have to stop or continue with a different chassis," he said.

The comments follow a push by Ligier and Dallara to be allowed further upgrades to their P2 cars to put them on a par with the benchmark Oreca chassis.

Ligier and Dallara were allowed to make modifications to their homologated designs for 2018 under the so-called 'joker' rules, but claim that they weren't allowed to go far enough.