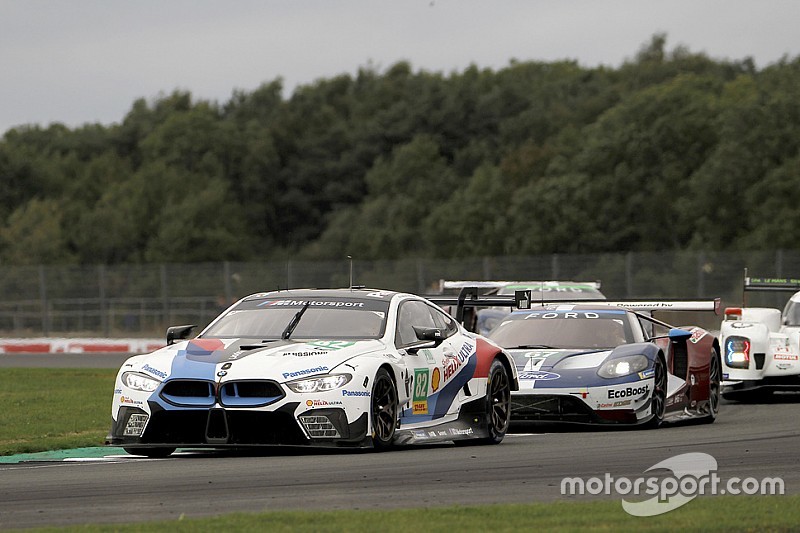 The first round of automatic changes to the GTE Pro Balance of Performance in the FIA World Endurance Championship have been made on schedule for next weekend's Fuji round.

It had appeared that the initial adjustments might be delayed until November's Shanghai race after the Aston Martin Vantage GTE and the Ferrari 488 GTE Evo were given performance breaks for Silverstone in August outside of the auto system under the so-called 'black-ball rule'.

But the other cars in the class, the BMW M8 GTE, the Ford GT and the Porsche 911 RSR, have been given a revised BoP for the Japanese WEC round on October 14.

The MTEK-run BMW is the big beneficiary for Fuji, as the two M8 GTEs have been given a 20kg weight break and more power courtesy of increased boost through the rev range.

Ford's pair of Ganasi GTs will run 18kg heavier than at Silverstone and with slightly less boost, while Porsche will be 2kg heavier and has had the diameter of its engine air-restrictors reduced by 0.3mm.

Aston Martin and Ferrari have unchanged BoPs for Fuji.

The auto BoP system works on a two-race rolling average calculated on the six-hour WEC races, and the changes for the BMW, Ford and Porsche are based on data accrued at the Spa WEC opener in May and Silverstone.

The absence of any adjustments for the Aston and Ferrari suggests that the first auto adjustments for those cars has been delayed until Shanghai, which means they will be based only on data gathered after the black-ball changes.