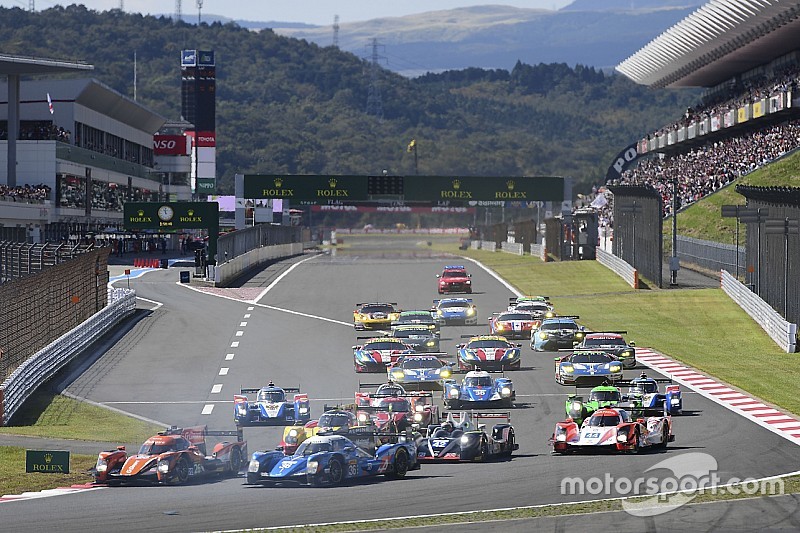 The LMP2 class enjoyed its strongest season yet since the inception of the FIA WEC, and there were countless candidates that enjoyed excellent campaigns.

LMGTE Pro is a minefield when it comes to assessing who was at the top of their game. The Balance of Performance and all of its pantomime gamesmanship makes it almost impossible to gauge who was hot and who was not this season, although five drivers nonetheless stood out.

Rene Rast is very fast: The mantra had been a familiar one in the world of sportscar racing for many years now, and the rapid German can count himself very unlucky to have not been chosen to be a fully-fledged LMP1 driver this year after his taster at Spa and Le Mans in 2015.

This season, he was head and shoulders the quickest LMP2 driver, laying down marker after marker in both qualifying and races. It was a measure of just how much bad luck the G-Drive squad suffered that he only scored his first victory in the class at the season finale in Bahrain, after skipping the Fuji and Shanghai races.

In 2016, Rast raced in LMP2, GT and DTM, and he was quick in all of these disciplines. Having impressed Audi during his Hockenheim cameo in the latter series, the 30-year-old has earned himself a spot on the German marque's full-time roster for 2017 alongside another sportscar ace, Loic Duval, and is sure to be a major asset. 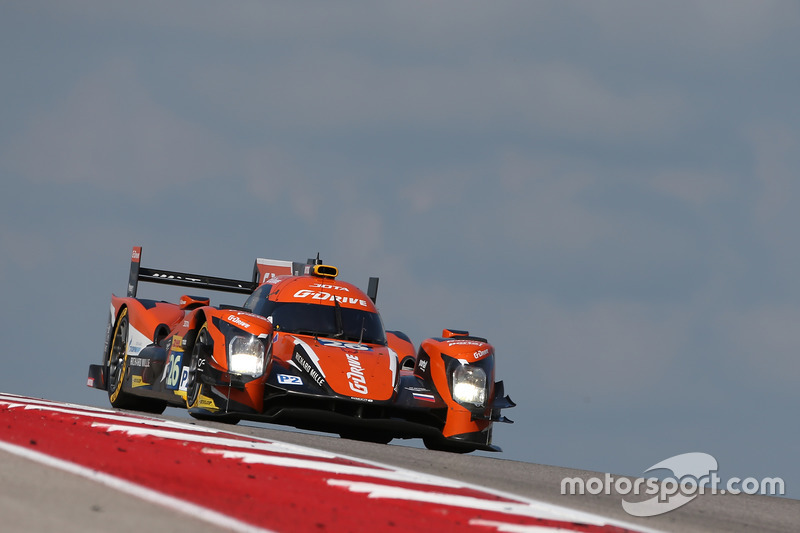 The circumstances of Lapierre’s messy departure from the Toyota LMP1 squad is still something of an opaque memory, but the Frenchman has shown that it is the Japanese manufacturer's loss. Two straight Le Mans LMP2 titles, this year's class WEC crown and four further victories in 2016 underlined what a master Lapierre is at endurance racing.

Together with LMP2 rookies Gustavo Menezes and Stephane Richelmi, Lapierre conducted the pace and the killer instinct in races superbly. A vital component in the development of the Oreca 05, he is a highly-prized resource for any squad in the higher echelons of sportscar racing.

It is unlikely to happen now, but purely on the evidence of the last two seasons, Lapierre deserves another berth in the highest category. 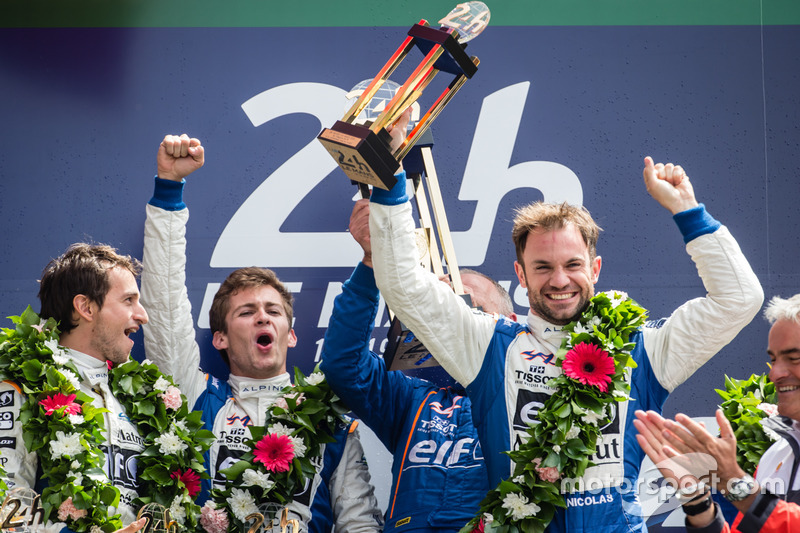 The 2016 season was a breakthrough campaign for Derani, who takes his racing as seriously as any in the paddock. Taking Daytona and Sebring crowns at his first attempt, the first driver to ever achieve this, was super-impressive.

Still, his year wasn't entirely overlooked, as he earned a spot in the Toyota TS050 for the Bahrain rookie test, with the Japanese marque noting Derani's "great potential". 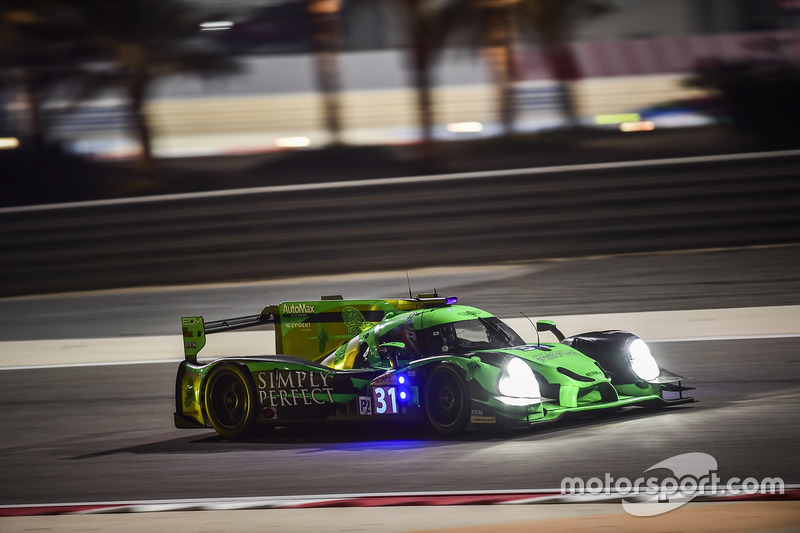 Menezes had as good a rookie season in LMP2 as you could have hoped for, winning both Le Mans and the WEC title at his first attempt. Not bad for a 22-year-old who was an also-ran in European F3 just a season ago.

The Californian gelled immediately with teammates Nicolas Lapierre and Stephane Richelmi, and was immediately on the pace, instantly proving quicker than the considerably more experienced Richelmi. The way Menezes dealt with his first Le Mans experience was highly accomplished, and then two further wins victories sealed the deal as far as the LMP2 title battle was concerned.

Yes, there were grumbles about his silver classification, but that hardly Menezes’ fault. His season was pretty much error-free, and he made the most of a chance to drive the title-winning Porsche 919 Hybrid at the Bahrain rookie test. 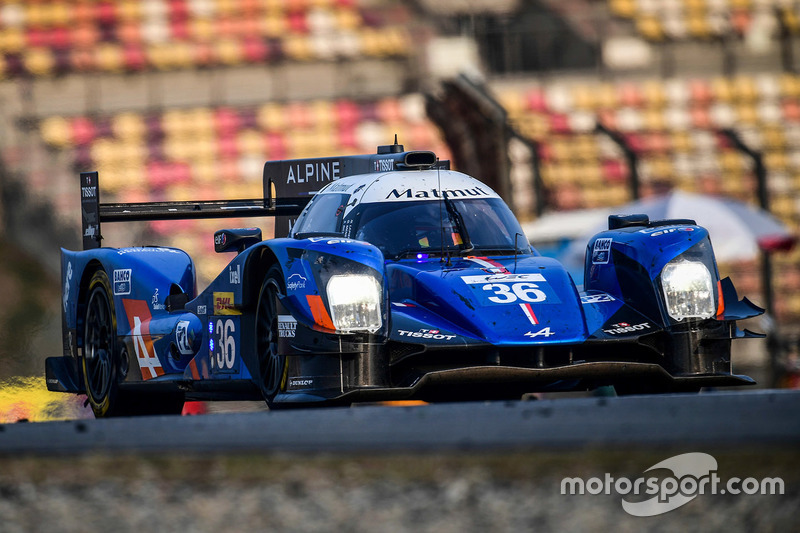 The signs were there at Shanghai in 2015 that Brundle’s enforced absence from the cockpit for most of that year through injury had had little effect on this intelligent racer's talent and ambition.

And so it proved. 2016 was his best season in racing, with an ELMS LMP3 title secured early and then a second-half campaign with G-Drive Racing that indicated greater things to come.

A succession of brilliant performances peaked in Shanghai, where he scythed through the field and vanquished Alex Lynn and Nicolas Lapierre with apparent ease.

Even his errors in qualifying at COTA (when he inflicted multiple ‘track limits’ violations upon himself) were soon forgotten after another mighty ‘burn from the stern’ performance in the first stint in stultifying conditions.

It may be a touch trite, but the similarities between Alex and his father Martin’s intelligent method of endurance racing are striking. That parallel can only be a very good thing for his future ambitions. 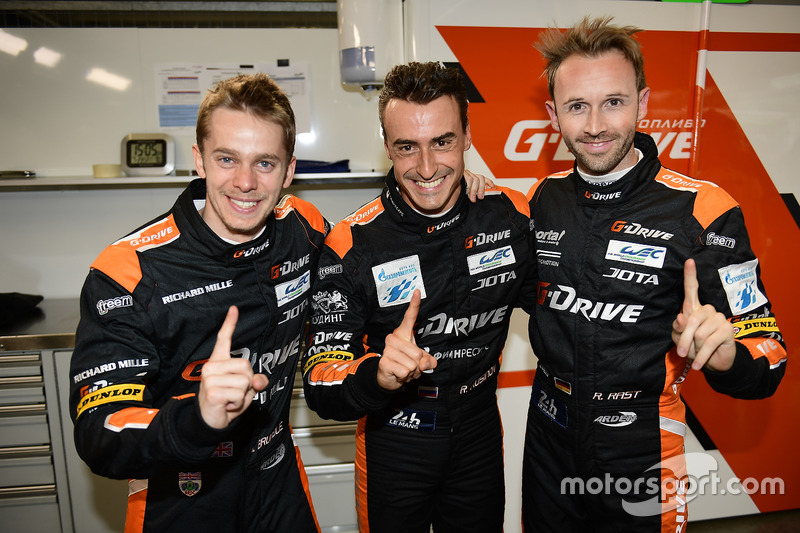 As if being the son of Danish cult hero Kurt was not cool enough, Nicki Thiim has carved his own individual niche in endurance racing over the last few seasons.

The former Porsche Supercup champion and GTE Am Le Mans winner truly arrived in 2016, as he executed several blockbuster performances in the #95 Aston Martin he shared with fellow countryman Marco Sorensen.

Victories at COTA and at the Bahrain finale were backed up by a trio of other podium positions. Thiim was consistently brilliant in 2016, but what was almost as impressive as his performances was the way he shrugged off disappointments at Spa and Mexico when incidents compromised his races.

Throughout the vagaries of the Balance of Performance, Thiim never faltered and his partnership with Sorensen proved to be a fruitful one as the pair sealed the GTE Pro title in Bahrain. 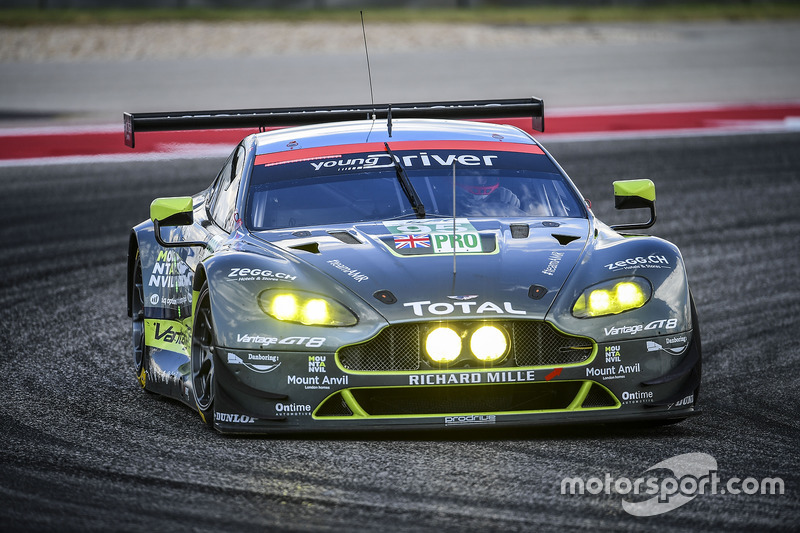 Is the Italian still the yardstick in global GT racing? Probably. Despite an erratic season result-wise (for which the team privately and later publically blamed an unfavourable BoP) Bruni was still at the top of his game in 2016, delivering some superb drives on the way to what were paltry results by his own lofty standards.

The highlights were Silverstone and the Nurburgring, where along with his increasingly impressive new teammate, James Calado, Bruni excelled with some insanely impressive lap times.

Now in his sixth season as a fully-fledged factory Ferrari driver, Bruni’s development work on the 488 GTE will become even more valuable as it prepares to try and wrest back the GTE titles the Prancing Horse won in 2013 and 2014. 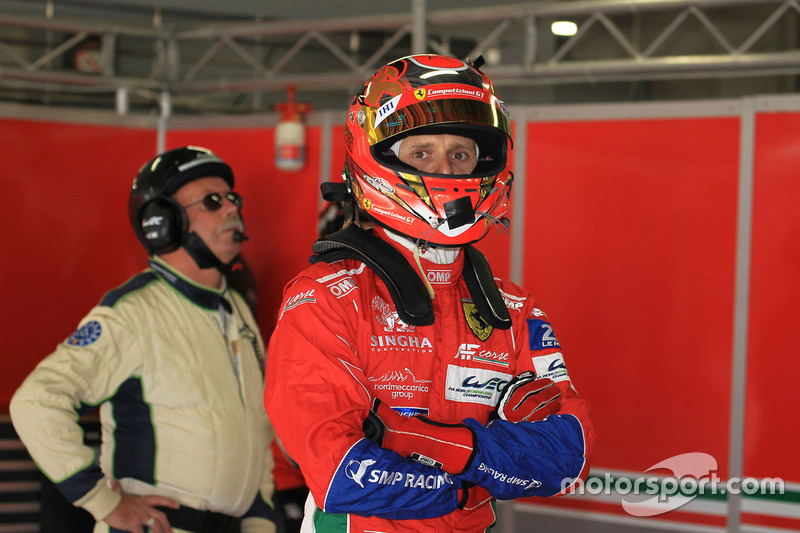 It seems odd to think that there are still some in the paddock that were surprised by Tincknell’s superb WEC debut season in 2016, as those that have seen him perform since his endurance debut at the 2014 Silverstone ELMS race have seen little other than sensational feats from him.

The fact is that Tincknell is currently one of the most decorated endurance drivers around: 2016 ELMS champion, 2014 Le Mans LMP2 champion and now a two-time race winner in WEC's GTE Pro class.

It was very much a season of two halves for the #67 Ford GT he shared with Andy Priaulx. But when famine relented, the feast was gobbled up as Tincknell went on a winning streak to savour. By his own admission, he was driving just as well when misfortune denied him results earlier in the year.

Tincknell is now an established endurance racing ace, capable of pulling off stunning moves like the one he put on Bruni at the Nurburgring in July. His positive confidence never becomes over-confidence, which was just one of the traits which made him so attractive to Ford in the first place. 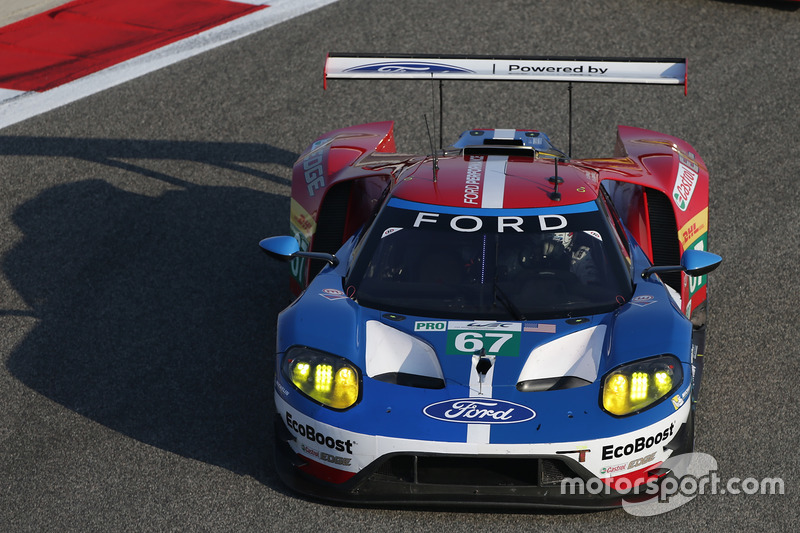 Pla’s demeanour changed significantly for the better in 2016, which is probably the understatement of the year after the nightmare he suffered last year at Nissan.

It was good to see the Frenchman smiling again and enjoying his racing once more. Yes, there were frustrations along the way, but Pla showed mastery of his craft on several occasions - notably at Le Mans, where was the shining star in the #67 Ford GT that finished fourth in class.

Pla also showed well at Fuji, where he was comfortably quicker than his teammate Stefan Mucke. A pair of second positions in Japan and China were poor reward for some sterling work by a driver who had as good a debut season in GT racing as has been seen in recent times. 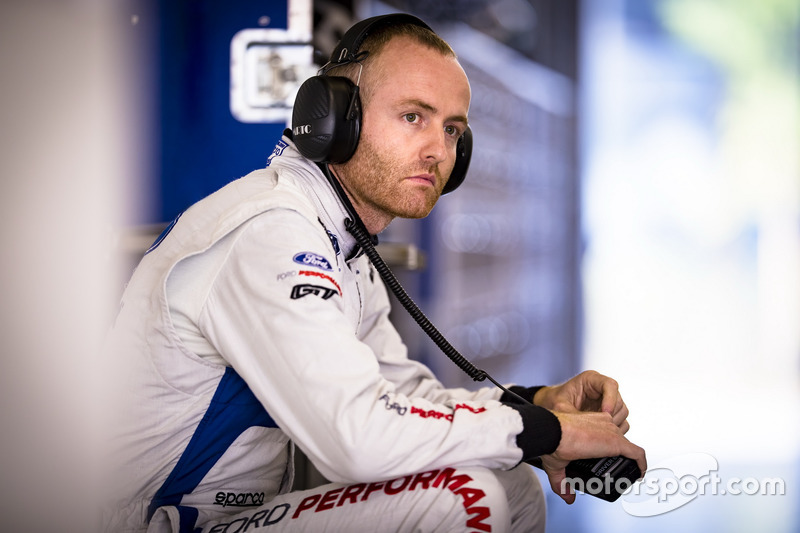 Calado was thrust into something of a make or break scenario in 2016 when paired with Bruni in the #51 AF Corse Ferrari. But the former GP2 race winner and Force India test driver fully embraced his new heightened role at the Prancing Horse and upped his game accordingly.

The heartbreak of Spa in May, when he was forced in to the pits while on the cusp of his first victory, only served to spur him on further. There was no post-Le Mans hangover after a disappointing showing from the works Ferraris at La Sarthe, and Calado knuckled down to put in a string of superb performances in the new 488GTE which both he and Bruni did so much to hone.

Calado struck up a close relationship with Bruni and on more than one occasion proved he could go to to-to-toe with the Italian veteran on pace. That first win came at Nurburgring, and there followed a succession of four further podium finishes as the pair fought gamely against the vagaries of BoP.

Along with Tincknell and fellow Ferrari ace Sam Bird, Calado proved that British endurance talent is in rude health as 2017 approaches. 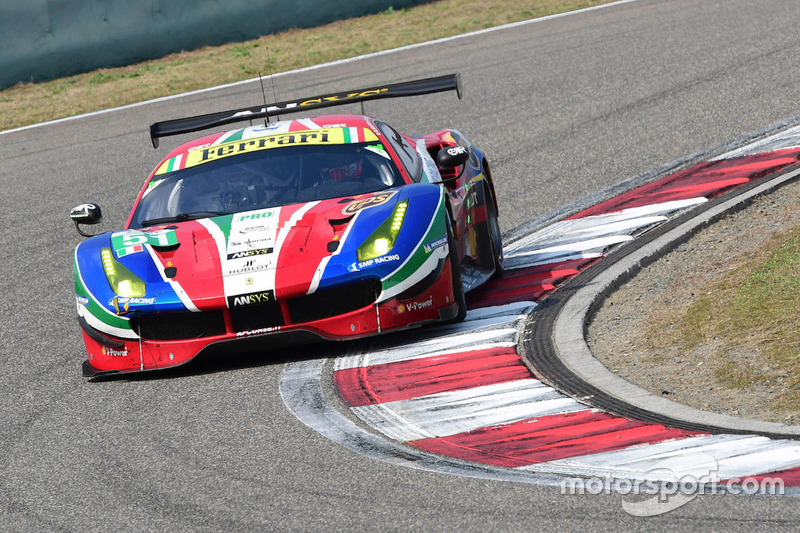 Analysis: Is this what the 2017 Audi would've looked like?