Toyota has agreed to take a performance hit for the first time this season in next weekend's Fuji round of the FIA World Endurance Championship.

The two Toyota TS050 Hybrids will run at an increased minimum weight and will no longer have an advantage on stint length over the privateer LMP1 opposition at the Japanese marque's home race on October 14.

FIA's endurance committee issued a bulletin outlining the moves states that "these changes were only possible thanks to the agreement of the LMP1H [hybrid] competitor".

The weight of the Toyotas has been raised by 26kg to 904kg under the Equivalence of Technology regulations, the mechanism under which the WEC rule makers are attempting to balance hybrid and non-hybrid P1 cars.

That means that the TS050s will be nearly 100kg heavier than the lightest privateer cars.

The two-lap refuelling advantage for Toyota originally enshrined in the agreements governing the EoT for the 2018/19 WEC superseason has also been removed.

The target stint length for the privateers has now been brought up to that of the Toyotas.

The changes follow Toyota's domination of the Silverstone WEC round in August prior to the exclusion of the TS050s for a technical infringement.

They finished four laps up on the best of the privateer P1s after six hours of racing, despite changes to the EoT, again agreed by Toyota, following the Le Mans 24 Hours in June.

WEC and series promoter the Automobile Club de l'Ouest made a promise of laptime parity to the privateers in the wake of Porsche's announcement last summer that it was leaving LMP1.

However, it was originally intended that the hybrid Toyotas would retain an advantage on stint length. 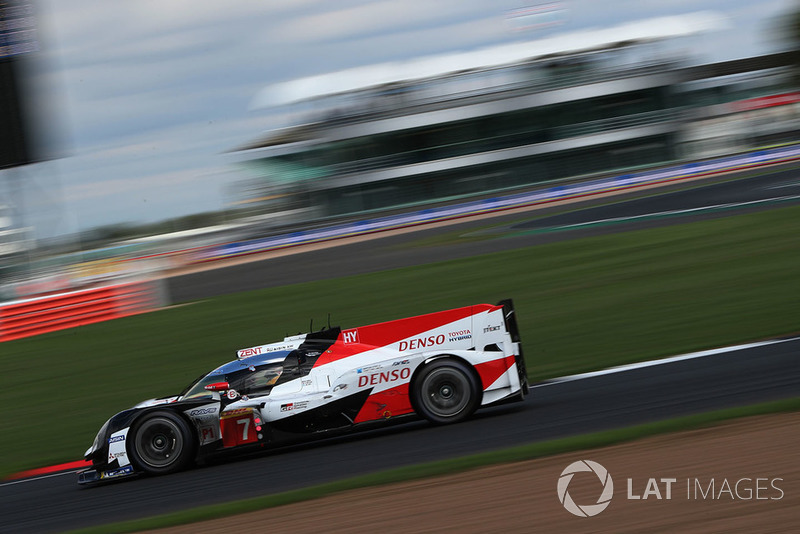