The FIA World Endurance Championship says it will investigate what it can do to avert an ‘unfeasible’ clash between its 2019 Fuji race and the Japanese Formula 1 event at Suzuka. 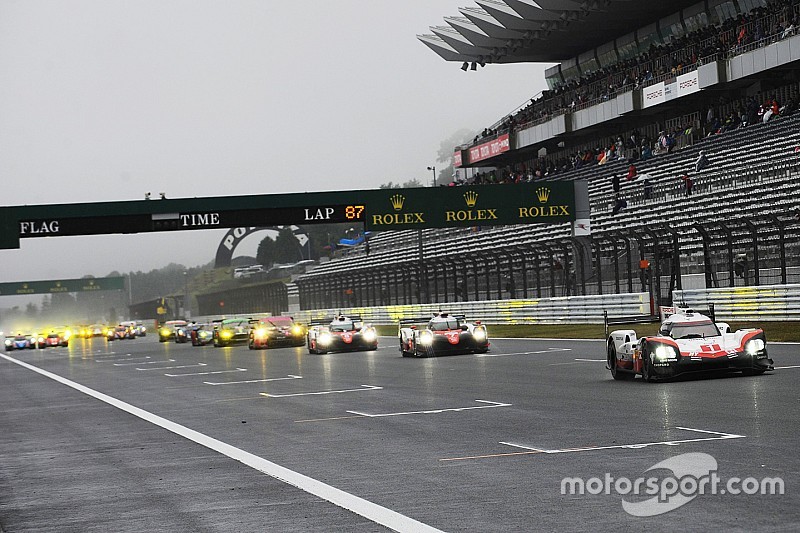 F1 released its provisional 2019 calendar on Friday, with the Japanese Grand Prix date moving back a week to October 14 – the same weekend announced two weeks ago for next year’s Fuji 6 Hours.

Motorsport.com understands that F1's desire to avoid a triple-header was a factor in picking the clashing Japanese GP date. It was also was selected in agreement with the race promoter.

Any move in the Fuji WEC date would mean it would no longer overlap with the IMSA WeatherTech SportsCar Championship’s Petit Le Mans season finale, allowing drivers to contest both events.

Asked about the clash with the Suzuka F1 race, a WEC spokesperson told Motorsport.com: “Gerard [Neveu, series boss] and the WEC team will be looking at this issue in the coming days.

“As he has said in the past, when we changed our Fuji race date this year, it’s not a feasible option for Japan to host two major FIA races on the same weekend.”

The date of this year’s Fuji WEC race, which takes place on October 14, was moved twice.

It was shifted back a week to avert an unpopular clash with Petit Le Mans, only to have to revert to its original date when Fernando Alonso signed up to contest the 2018/19 WEC season with Toyota, creating an awkward conflict on his schedule with the United States GP in Austin.

The Suzuka/Fuji clash is one of four conflicts between the F1 and WEC schedules next year.

Sebring’s 1000-mile WEC event will take place on the same mid-March weekend as the F1 curtain-raising Australian GP, while WEC’s Silverstone (September 1) and Shanghai (November 17) races are set to clash with the Belgian and Brazilian GPs respectively.

The Spa 6 Hours and Le Mans 24 Hours, however, both fall on free weekends for F1 next year.