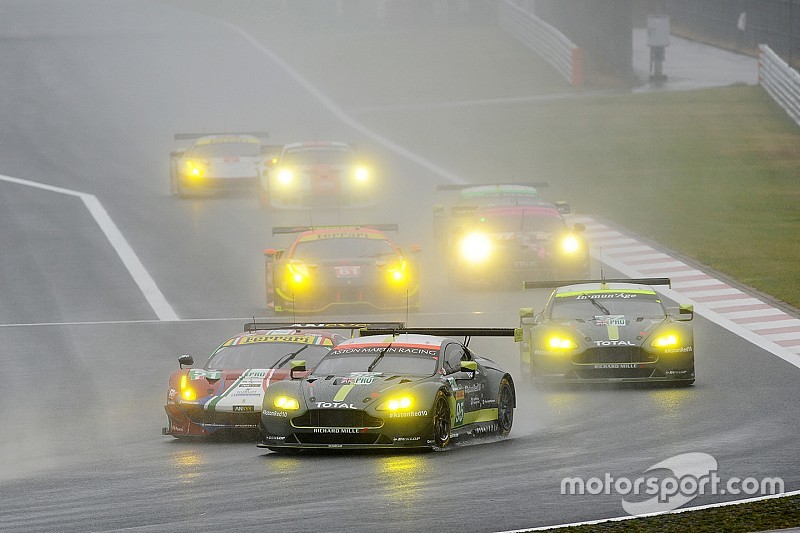 The Fuji round of the 2019/20 FIA World Endurance Championship season has been moved forward a week to avoid a clash with Formula 1's Japanese Grand Prix.

Japan's race on the first WEC calendar running to the winter-series format will now take place on October 6, one week earlier than on the original schedule announced during last month's Silverstone event.

The Japanese GP at Suzuka was subsequently announced for the same date of October 13, after which, according to a statement from the WEC, "it became apparent to the WEC promoter and the Fuji Speedway that a change would have to be made".

The switch of weekends also means that Fuji will no longer clash with the 2019 Petit Le Mans IMSA WeatherTech SportsCar Championship finale at Road Atlanta.

The date conflict between Fuji and Petit on the 2018/19 superseason calendar has proved controversial.

The WEC initially moved the race to avoid a clash with the IMSA fixture, only to move it back when Fernando Alonso signed for Toyota because the new date coincided with the United States GP in Austin.

The new date for Fuji has allowed the series to firm up its Chinese round in Shanghai for November 10 rather than than the originally-published November 17, which again clashed with the Macau weekend that includes the GT World Cup.

The earlier date will allow enough time for the WEC cars to be sea freighted from Japan to China.

WEC boss Gerard Neveu said: "Our 2019/20 season calendar features the same venues and race lengths we announced at Silverstone, but following the F1 calendar publication we have modified two dates.

"The knock-on benefit of this is that we will now avoid a clash with both IMSA’s Petit Le Mans and the Macau GT event, which is a bonus for both competitors and fans of endurance racing around the world.”

The Sebring round has yet to be confirmed on the 2019/20 schedule, as the WEC is waiting until after this season's event before making the event on the same bill as the Sebring 12 Hours a permanent fixture on the calendar.

The calendar remains subject to the approval of the FIA's World Motor Sport Council on October 12.