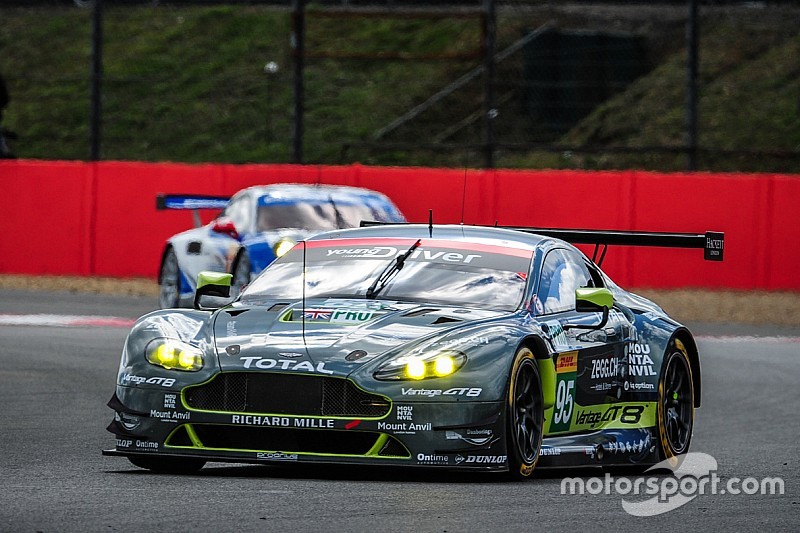 At Silverstone, the home track of Aston Martin Racing, the Young Driver AMR boys showed a perfect and flawless race and were en route to a podium finish during the entire race. After six hours of racing, Sørensen, Thiim and Turner finished third in the highest places Aston Martin behind two Ferrari. "We had a clean race and didn’t made any mistake. This was the key for our good result. In particular, during the pit stops, the team has delivered a super performance - Thanks to the guys“, says Jan Struve of Young Driver AMR.

After the free practise and qualifying took place in cold and wet conditions, it stayed dry during the race. This was also a key element in the race of Young Driver AMR. "The weather condition during the race helped us, we struggled a bit in the wet conditions. Our performance in the dry condition was really good. Now we will travel with a very good feeling to the next round in Spa-Francorchamps in three weeks.“

Marco Sørensen: "This is a very exceptional day for me. For more than one and a half years I have not been on the podium. Third place thus feels like a victory. All our Young Driver AMR-team did a great job today. The performance of our mechanics was world class. But that is only the beginning. "

Nicki Thiim: "Although it has not really looked good for us at the two previous days, we stayed calm and drove our race. The competition was incredibly strong and we are still in a learning phase. But both the crew and we three pilots gave their best. Together we have earned the podium. "

Darren Turner: "This is a great start to the new season. And for me personally is the result of something very special, because it was my first race in the #95 Young Driver AMR car. We had over the winter tests good with our tire partner. Of course we have to learn a lot, but the new package feels promising. I look forward to the next races. "

Rebellion Racing starts 2016 season on a high at Silverstone