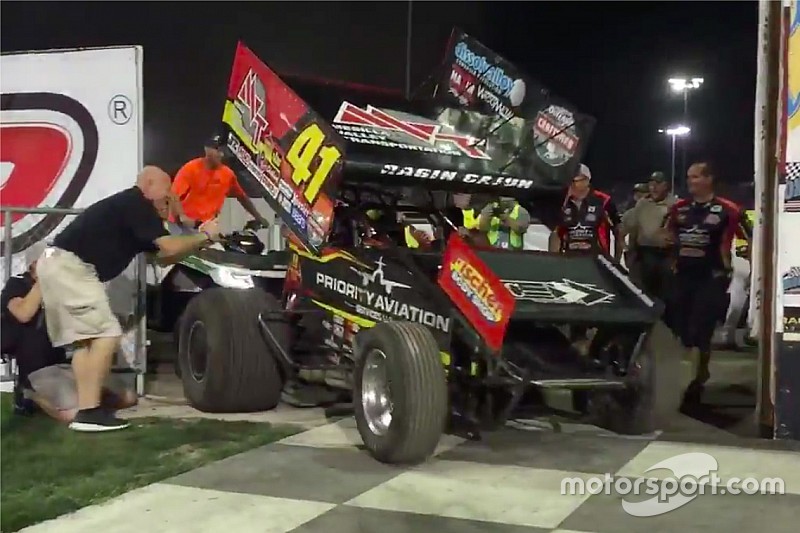 Tragic news this morning as the racing community learns that we've lost Jason Johnson, who suffered a heavy crash at Beaver Dam Raceway on Saturday night.

Johnson, of Eunice, LA, was battling for the lead with Daryn Pittman when the incident took place, sending his car flipping into signage and out of the track.

He was airlifted to Aurora Summit Hospital, where he later succumbed to his injuries. He was 41.

Johnson was a notable sprint car driver and named the World of Outlaws Rookie of the Year in 2015 just before ending Donny Schatz's string of victories in the Knoxville Nationals in 2016. Additionally, he was a a five-time Lucas Oil American Sprint Car Series champion.

A release from Jason Johnson Racing read as follows:

"It is with deep sadness and crying hearts that we pass along that we have lost Jason Johnson following severe injuries sustained in a racing accident Saturday night at Beaver Dam Raceway.

"With the same courage, passion and vigor that he raced with each night, he fought valiantly to the end. His love of life and sprint car racing was only surpassed by his deep and authentic love for his family, friends, competitors and fans. He never met a stranger, and certainly never met anyone that he was not willing to help or provide guidance. It is that giving and caring spirit that we will all forever miss.

"Please keep his wife Bobbi, son Jaxx, mother Debra, father Craig, cousin and crew chief Philip and the entire family, JJR #41 team and all of the supporters and believers in Jason’s and Bobbi’s dream, in your thoughts and prayers through this extremely difficult time.

"Further details will be released by the family once plans are finalized. We ask that you please respect the family’s privacy during this difficult time of loss."

Motorsport.com extends its sincere condolences to his family during this difficult time.