Kinser coming to Charlotte this Friday 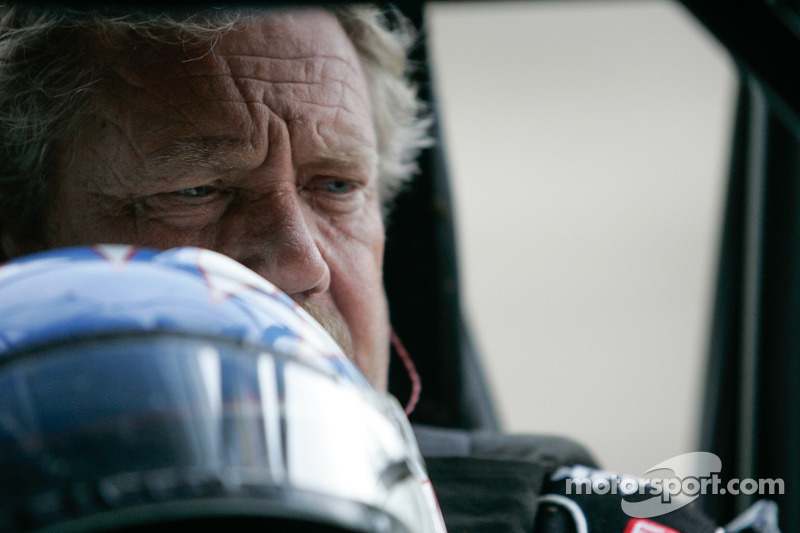 First of two stops there on his farewell tour

This Friday night, fans will get to witness one of legendary dirt track racer Steve Kinser’s final races at The Dirt Track at Charlotte. The 20-time World of Outlaws champion will make the first of two stops at the lightning-fast, four-tenths-mile clay oval on his Salute to the King Tour for the Circle K NOS Energy Outlaw Showdown.

A victory in the Circle K NOS Energy Outlaw Showdown at Charlotte would certainly be a highlight during the Salute to the King Tour. Kinser has competed in 34 of the 35 World of Outlaws races at The Dirt Track at Charlotte Motor Speedway. His 450th career World of Outlaws A-Feature win in the fall of 2001 was his first at The Dirt Track. His second triumph at the track came during the inaugural World Finals in 2007. Kinser has earned 20 top-five and 28 top-10 finishes at the track.

“We always enjoy racing at Charlotte,” said Kinser. “It’s one of the premier facilities in the country and a place where you want to win. The fans in that area are some of the best around. As a kid from Indiana, Memorial Day Weekend was always special with the Indianapolis 500 and it’s no different for people down there with the Coca-Cola 600. It’s a huge weekend in racing and winning during that weekend always means a little more. We’re excited about the opportunity and hope we can put a good show.”

The World of Outlaws (WoO) Salute to the King Tour might never have come to fruition if it weren’t for three-time NASCAR Sprint Cup Series champion Tony Stewart. Kinser has driven for Tony Stewart Racing (TSR) since 2010, but after a difficult 2013 season, it was Stewart, along with Kinser’s wife Dana that helped The King of Outlaws commit to making one more run at a 21st series championship.

“I’m really happy that I listened to Tony and Dana last fall and decided to do this,” admitted Kinser, driver of the TSR No. 11 Bad Boy Buggies/J.D. Byrider/Chevrolet Performance Maxim. “With the way things went last year, I just wasn’t quite sure I wanted to keep doing it. We all talked about how important it was to give the fans that have been so great to me over the years see me make one more run at a title.”

The Indiana native vowed in December that this wasn’t a retirement tour and his goal was to come out and be competitive. And just as most would expect, he delivered a vintage Kinser performance in the season’s third of 92 scheduled races. Kinser out-dueled 2013 WoO champion Daryn Pittman to win his 577th career WoO A-Feature. Two races later he battled for victory with his TSR teammate Donny Schatz in Las Vegas. Four consecutive podium finishes early in the season was exactly the kind of start Kinser hoped for.

“It was important for all of us to come out and have some success,” said Kinser. “The guys really worked hard over the winter and it showed. There is no better feeling than winning races and leaving the track knowing you were the best there that night. This sport is so competitive. You are going to have your good nights and feel great and then have some nights where things don’t go so well. We’ve been working as hard as we can to have as many good nights as we can.”

This Week in Racing History (July 1-7)