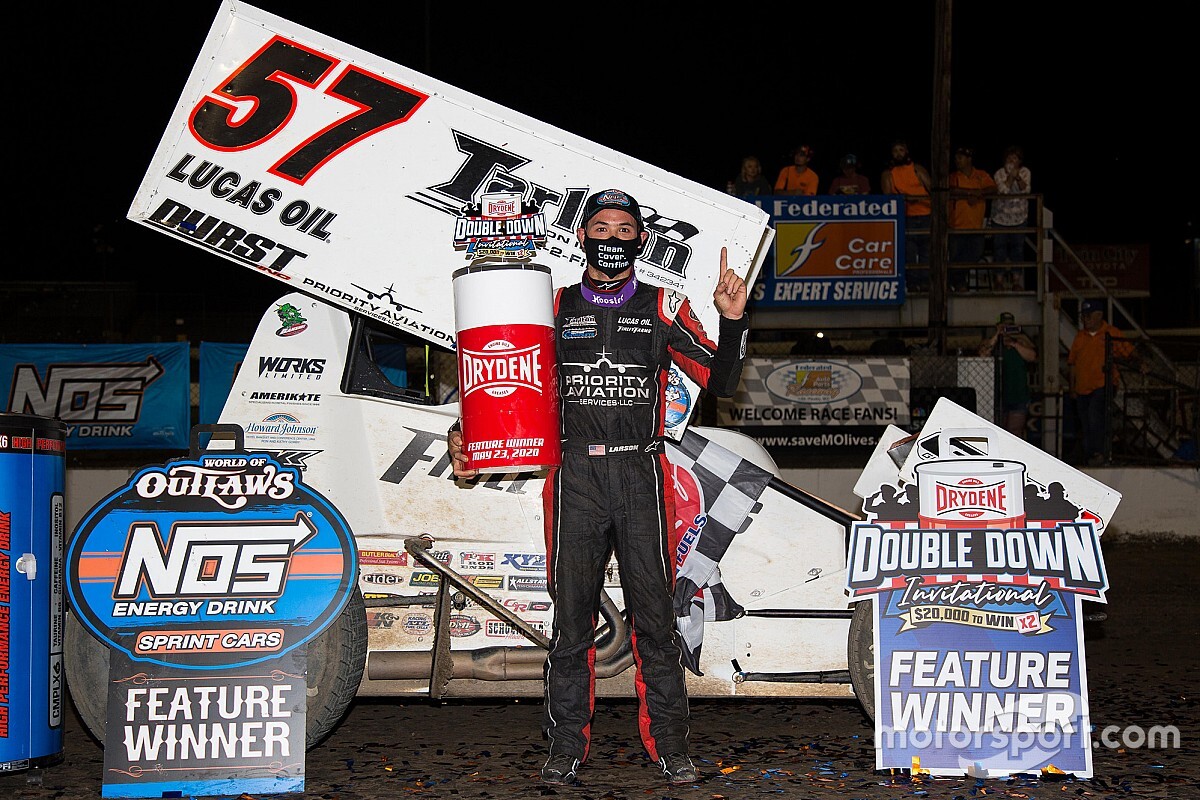 Larson, who remains indefinitely suspended from NASCAR and was fired from Chip Ganassi Racing for using a racial slur during the broadcast of an iRacing event, has been competing in several WoO events since that series restarted its season.

Larson broke the track qualifying record and finished second at I-55 Raceway in Pevely, Mo., on Friday night and followed that up with a victory Saturday night.

He led the last 16 laps to hold off Brent Marks and claim the $20,000 victory in the Drydene Double Down Invitational in front of a limited crowd due to the COVID-19 pandemic.

At one point, race leader Sheldon Haudenschild flipped in Turns 1 and 2 on Lap 23 of 40 to bring out a red flag. Larson controlled the race from there. Haudenschild walked away from the crash and was unhurt. 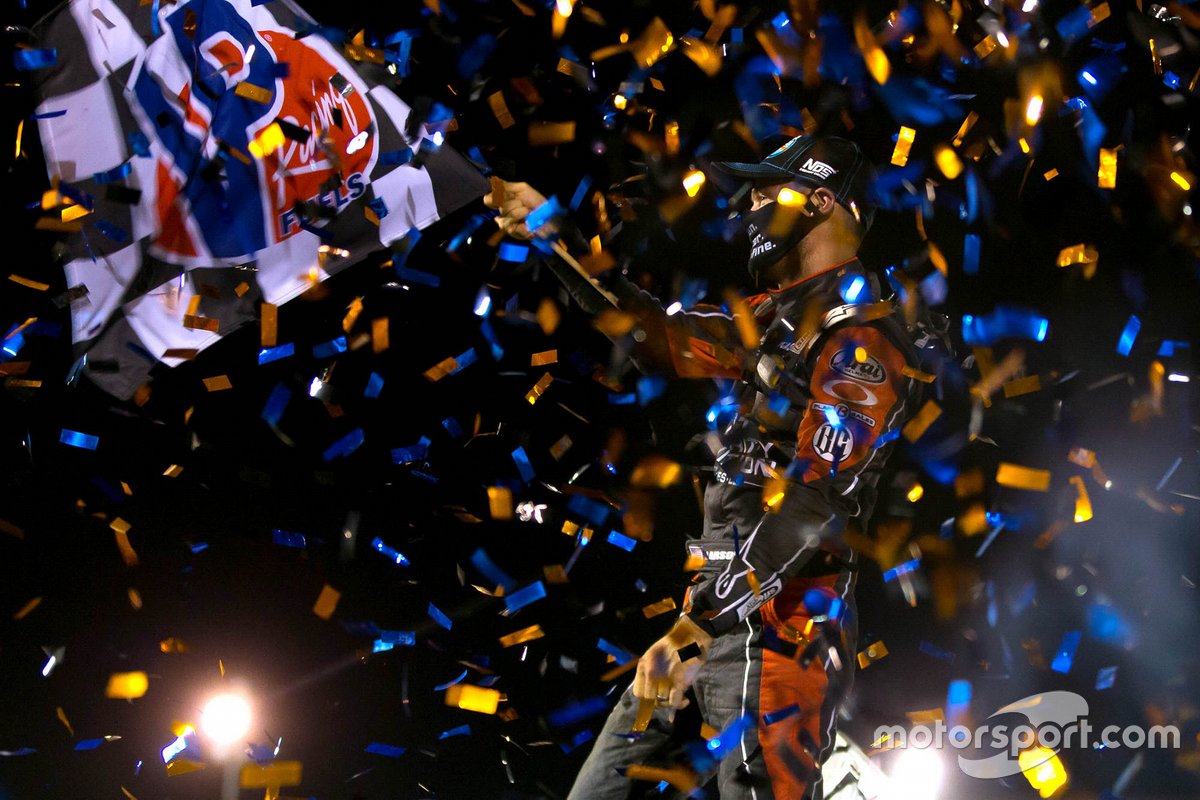 Photo by: World of Outlaws Racing

“Can’t thank all you fans enough for the support over the last few handful of weeks here,” Larson said in an interview on DirtVision after the race. “It really means a lot. Everybody who’s on this car, my family, my friends. This win means so much personally.

“I can’t thank each and every one of you enough. Everybody watching on DirtVision at home. All my supporters. It means a lot, and I can’t wait to get my journey started and kind of see where my future goes from here.”

He has not yet applied for reinstatement with NASCAR.

NASCAR heads home to Charlotte: When is it and how to watch