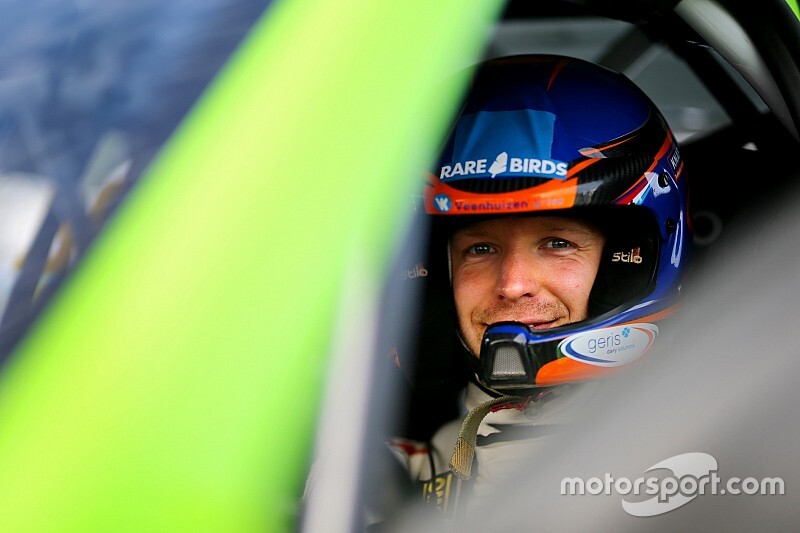 Ex-Hyundai World Rally driver Kevin Abbring has switched plans for his 2020 rallycross campaign and will now compete in selected rounds of the World Rallycross Championship rather than a full European championship programme.

The Dutchman will now join the five other cars run under various GCK banners for selected rounds of World RX including events in Portugal, Germany, Abu Dhabi and South Africa.

This year, GCK will operate a pair of Renault Megane RS RXs under the Monster Energy GCK RX Cartel banner for Andreas Bakkerud and Liam Doran, an individual Megane entry for Swede Anton Marklund and a pair of Clio RS RXs for Chicherit and Rokas Baciuska in a team called GCK Unkorrupted. Abbring will now also join that line-up.

Having previously completed testing duties with Peugeot’s World RX programme in 2014 as part of his role in Peugeot Rally Academy, Abbring made his World RX debut last year in a Skoda Fabia run by the ES Motorsport team and twice finished fourth in the Norwegian and Swedish rounds.

“It feels fantastic to be racing at the highest level again after successful World RX debut last year,” said Abbring.

“This is obviously where I like to be! Fighting for an entire championship would have been great of course, but this is definitely the long term aim here as well and competing against the very best in the world this year will be a positive step for sure.”

The first two rounds of World RX in Spain and Portugal have been postponed due to the ongoing COVID-19 pandemic.

“I’m obviously most concerned about the global health situation we are facing right now, and just hoping everyone stays safe,” said Abbring.

“However, as professional drivers, we can’t wait to be back racing competitively of course and I’m sure once the situation is under control we will put down some of the best rallycross action yet.”