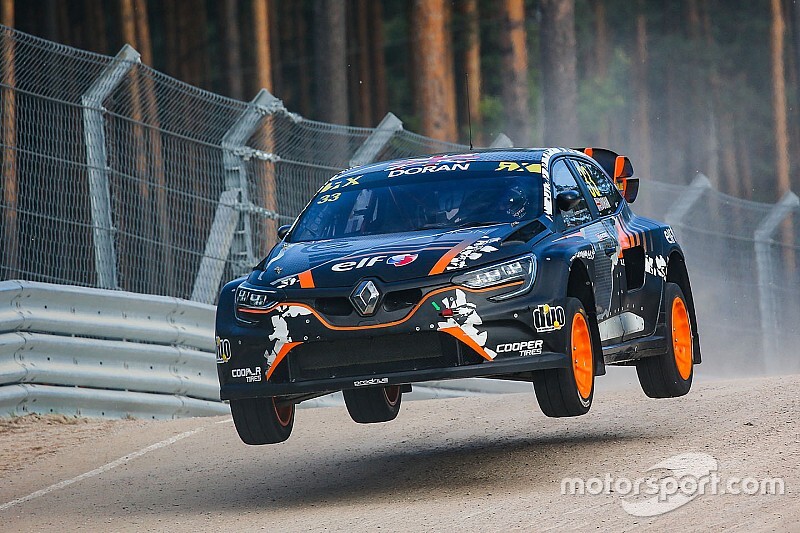 X Games gold medallist Doran has previous experience of racing the Megane, in a handful of World RX and Americas Rallycross starts in 2018, while Bakkerud tested with GCK at the end of the same season in South Africa.

The pair were initially teammates in Bakkerud’s maiden Supercar campaign in 2013, racing in the European Championship and re-joined last year. Bakkerud finished the 2019 campaign level on points with Swede Timmy Hansen after a dramatic season-finale in South Africa, but lost the title on wins countback.

“First off, I’m proud to sign my eighth season in a row in a Supercar, it’s pretty insane,” said Bakkerud.

“I’m very pleased that I’ll be driving with GCK in 2020, continuing the Monster Energy RX Cartel story too. GCK has been a breath of fresh air in World RX since joining the sport, and I know the potential this car and this team have.”

The pair of Meganes that Anton Marklund and Guerlain Chicherit raced last year were designed and built by Prodrive in the UK, but were operated by the French Fors Performance team for GCK last year.

“I tested the GCK Megane R.S. RX after Cape Town in 2018 and have been in contact with GCK ever since, so it’s great to finally be able to work together.

"Plus, last time I drove a Renault I became European Champion, so why not bring the title home again this time,” continued Bakkerud, referencing his Super1600 titles in a Renault Clio and Twingo with the SET Promotion team in 2011-12.

“I take my task very seriously, I know I’m here to win races and hopefully do well in the standings, but I respect the fact this championship keeps getting stronger and it won’t be easy. But it will be fun!”

Doran, a multiple European rallycross event winner, says he has no excuses this season.

“I’m stoked to be racing again this year. Last year had some real ups and downs for me and Andreas. I really wanted to get a win but it just didn’t happen.

"This year there are no excuses. We ended last year on what seemed like a bit of a low with Andreas missing out on the title, but all in all 2019 was a massive success for us and I’m sure we can carry that momentum into 2020 with GCK.”

The British driver Doran says the characteristics of the Megane, which utilises inboard brakes, a longitudinally mounted engine and double-wishbone suspension will suit his driving style more than the more conventional transverse engine arrangement and McPherson suspension of the EKS Audi.

“I drove the Megane R.S. RX in 2018 and we really got on, so I’m definitely looking forward to getting back behind the wheel,” he said.

“Last year I struggled to get to grips with the car, so to get back in something I know will be great, and with all the developments made on the car since I last drove it, I have high expectations.”

GCK will now be running as many as six cars at World RX events this year, with a pair of Renault Clios for team owner Chicherit and Rokas Baciuska in World RX, a trio of Meganes for the RX Cartel pair and individual entrant Anton Marklund, along with a Clio in the five-round European Championship for Kevin Abbring.