Timmy Hansen repaid the effort made by the Hansen MJP squad following a monster accident in the World Rallycross Championship season-opener by dominating the first day of the Spanish round. 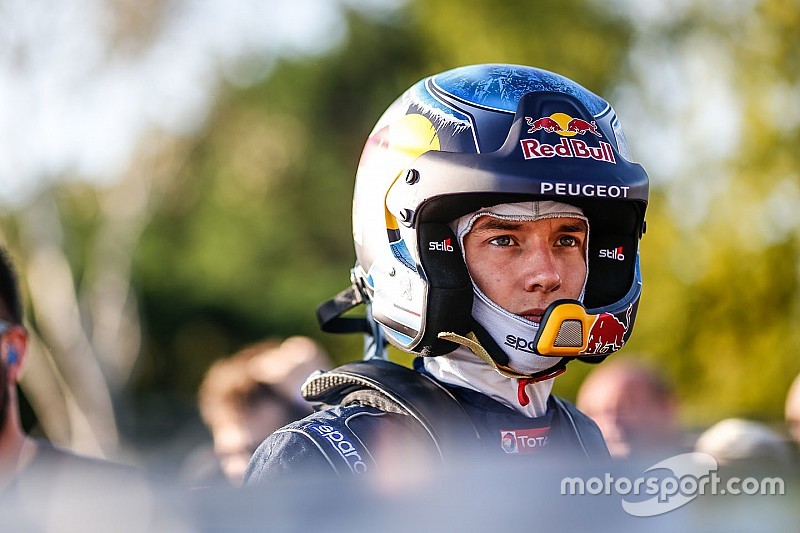 At the Barcelona circuit where Hansen retired from the lead of semi-final stages 12 months ago, the Swede set the fastest time in both Q1 and Q2 to lead the order at the close of play on Saturday.

Hansen leapfrogged Guerlain Chicherit in his Q1 race having backed out of the first corner scrum and cut to the inside of the left-hander to take track position from Niclas Gronholm, then led the last race of the day in Q2 from lights-to-flag in commanding fashion.

With a succession of fastest laps of the event so far, Hansen led younger brother and teammate Kevin Hansen to the line, the round one winner and points leader holding second overnight.

Kevin Hansen was helped by a re-started race in Q1. After initially losing out to Cyril Raymond at the start in the first running of the encounter and dropping time, he led the re-run from start to finish. He then took an early joker in Q2 and climbed back up the order.

Third in both sessions, thanks to a race victory in Q1 and following Timmy Hansen throughout the Q2 race, only to be passed by Kevin Hansen after his lap four joker, was triple European Rallycross Champion Timur Timeryzanov in a return to form for the Russian driver.

However, his GRX teammate Niclas Gronholm, who initially won round one of the series on track before being handed a post-race penalty which dropped him behind Kevin Hansen, got held up in traffic in Q1, then made a slow start in Q2 and was 11th fastest.

The Finn is ninth at the end of day one, a place ahead of double DTM champion Timo Scheider.

Fourth and fifth positions at the close of the first day are held by Audi drivers Andreas Bakkerud and Krisztian Szabo after solid performances from both drivers.

Raymond delivered an impressive run in the GCK Academy Renault to be sixth after the first two qualifying sessions.

British driver and former Olympic champion Chris Hoy finished both of first qualifying races, despite a jump start in Q1 and a spin at the end of Q2, and rounded off his first day of World RX inside the points, in 15th.