Three-time British Rally Champion Mark Higgins is targeting a debut in the World Rallycross Championship at Silverstone in May with a Peugeot 208 Supercar.

Higgins has signed for Dumfries-based Albatec Racing team to compete in at least the opening two rounds of the British Rallycross Championship and hopes to race in his home round of the World RX series.

The Manxman will drive a 208 run as part of a collaborative partnership between Albatec Racing and Bolton University’s National Centre for Motorsport Engineering (NCME), in which students will be involved in developing the car and running it on events.

“I’ve driven powerful cars before but not in this environment, so I’m really excited about it,” Higgins told Motorsport.com.

“Doing the World Championship round at Silverstone is something we’re really working on. That’s been talked about from the start. Obviously its budget-dependent but if we can get the money together a defiantly want to be there.” 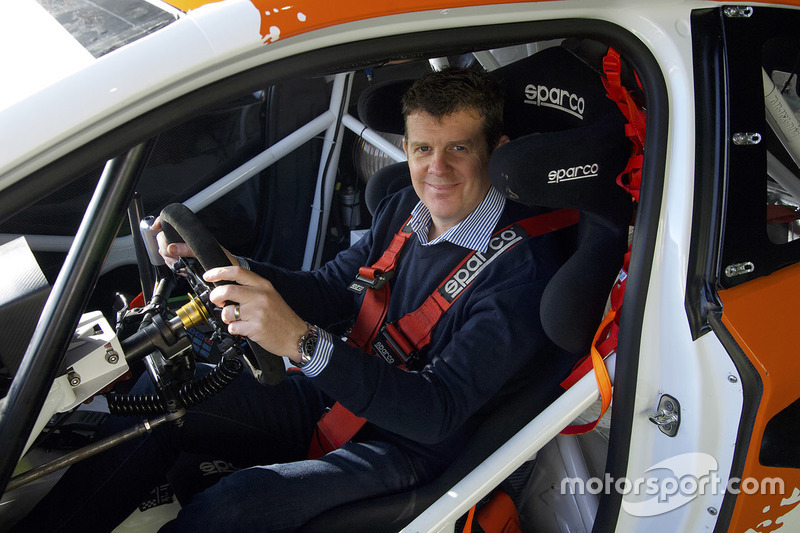 Should Higgins drive in his home round of World RX, he will stand to benefit from prior experience of the Silverstone circuit, the British RX opener being held at the venue in March.

“To have 600 horsepower in effectively a world rally car with other people around you is exciting. I’ve raced on and off through my career, not massive amounts but I’ve got a bit of experience. I’m really looking forward to it, it will really be good,” he said.

“You speak to people like Petter [Solberg] and Sebastien [Loeb], they’re really enjoying it. It’s a quick shot of adrenaline and really good racing in fantastic cars, so it ticks all the boxes really.

"The competition is fierce in British RX, they go in pretty hard. I’m not going into it too confidently, but I’m certainly not going there just to make up the numbers.”

Higgins’ younger brother David has previously raced in selected rounds of the Global Rallycross Championship with the Subaru USA team.

“I talk with David about everything, he’s obviously done a few rounds. I think the key is to get to the first corner and not get punted off and if you can drive your own race, but there’s a lot of factors involved in rallycross.”

Albatec Racing has a history of running headline drivers introducing new drivers to rallycross, including 1997 Formula 1 World Champion Jacques Villeneuve, who drove for the team in 2014.

“Mark comes with a fantastic pedigree of three British rally titles and numerous China Rally victories under his belt, so there is no doubt about his ability and speed,” said Albatec owner Andy Scott.

“We are currently working hard to ensure he can complete the entire British RX season and to secure the budget for him to compete at the UK’s round of World RX.”

Higgins will be reunited with former Vauxhall Motorsport Project Manager, Mark Busfield from the NCME, in the team.

“I last worked with Mark in 2000 when he was our lead driver in the Vauxhall Rally project,” said Busfield. “Starting this relationship again rekindles some excellent memories, and I see Mark as focused now as he was back then.”

WRX: Abbring to contest the year with a Renault Megane