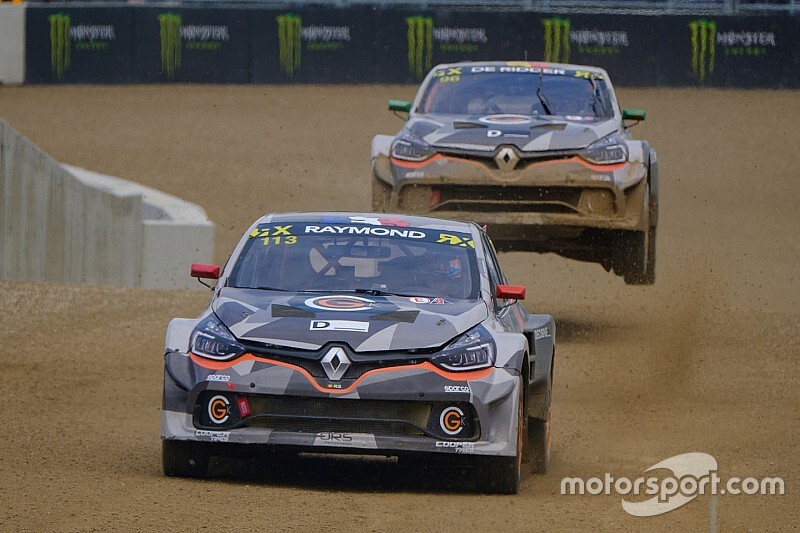 Guerlain Chicherit and Rokas Baciuska will continue to compete in the World Rallycross Championship in 2020 but in a pair of Renault Clio Supercars, running under the GCK UNKORRUPTED team banner.

GC Kompetition owner and founder Chicherit has raced a Renault Megane RS RX for the last two years in World RX, originally developed by British firm Prodrive, and while he drove alongside Swede Anton Marklund in the GCK squad full-time last year, 2018 Super1600 champion Baciuska joined the effort in a third Megane part way through the season.

The cars have been developed through the off-season with improvements to weight distribution, an engine update from French firm Oreca and the implementation of BOS suspension.

“I won’t pull any punches: we’re here to cause trouble! I’m stoked to be bringing UNKORRUPTED into World RX, and together we will push the limits and not be afraid to ruffle some feathers,” said Chicherit.

“I’ve spent my whole career taking on new challenges and ‘changing the rules’, and this time is no different. I’m already psyched for the season to start, it’s felt like we’ve been waiting forever.

"Nothing in motorsport offers a bigger adrenaline rush than rallycross, and ever since my first time in World RX (in 2015) I’ve had the rallycross bug.

"After getting some of my best results and performances last season, and seeing all the work and testing that has gone into the Clio R.S. RX for this year, I can’t wait to get started.”

Baciuska won the Super1600 title in 2018 with Volland Racing, then started the 2019 World RX campaign in an ES Motorsport Skoda Fabia, before splitting with the squad and subsequently joining GCK. In the team’s Megane he led the day one order in the French and Latvian rounds.

“It’s awesome to be driving alongside Guerlain again – I loved the opportunity to join GCK last year and am super excited to be part of UNKORRUPTED this season,” said the Lithuanian.

“2019 was a massive year for me as it proved to me and to others that I have the speed to compete right at the top of World RX. But in 2020 I want even more.

"After seeing all the developments on the Clio R.S. RX, I just want to get started and push for the very top. I’m no longer the new kid on the block, so it’s time for me to take the gloves off and get to work.”

It is yet to be announced as to whether the squad’s Meganes will also run in World RX this season, although Chicherit, Baciuska and Marklund are all known to have tested the car in Portugal earlier this year, alongside the revised Clio.