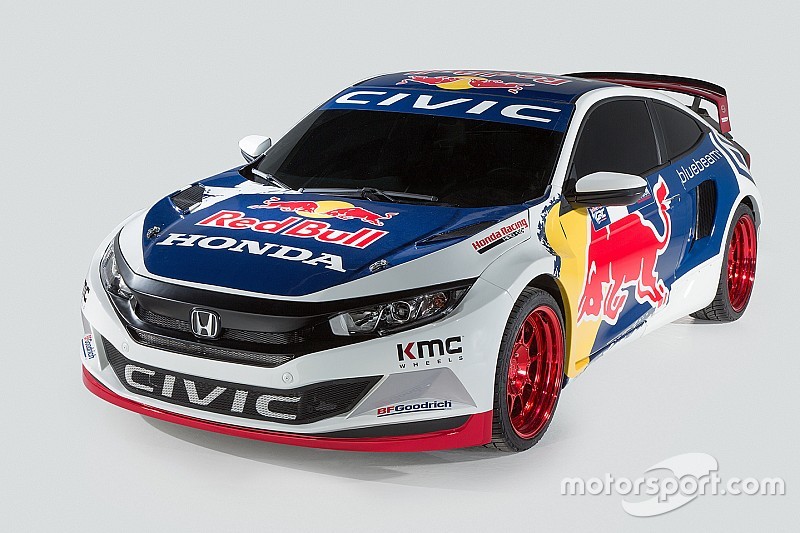 The Honda Civic Coupe rallycross Supercar has been approved to enter in FIA sanctioned rallycross events.

Build by Swedish team OlsbergsMSE to compete in the now defunct GRC series in America, which ran under its own regulations, the Civic has now been added to the ‘list of cars not homologated with the FIA but eligible in Supercar’, by the Swedish ASN, SFB, after a lengthy process.

The new-for-2018 American Rallycross Championship is being run under similar FIA regulations to World RX, meaning that until now, the Civic has been ineligible to compete outside of regional events this season.

“Nobody has done anything wrong really, it’s just taken a while to get it on the list because it’s a Coupe, there’s a lot of measurements that have needed to be done for people to be sure,” OMSE boss Andreas Eriksson told Motorsport.com.

Clarification surrounding the internal cabin size of the car was responsible for the delay.

“Because the car is only sold in America that has made it a little harder, but it’s on the list now and we are starting to renovate the cars so they are back in business," Eriksson added.

Racing in GRC for two years, the Civic claimed multiple podiums and a single victory in the hands of Swede Sebastien Eriksson in Louisville last year.

Designed with in-board suspension, that concept was carried over onto the team’s Ford Performance-backed Fiesta for its World RX campaign this season.

Lessons learnt from the Fiesta are now being reimplemented onto the Civic at OMSE’s Nynashamn base.

“The Honda will come massively improved I think,” said Eriksson. “We are also making it fit to FIA rules, we need to make sure they are legal in every way. I personally like the Honda, even if it’s big, it’s different and looks different.”

The Civic has been run recently in testing in Sweden as the team has worked to get on top of engine issues it has suffered from in World RX for the first half of the year.

Now working with Swedish tuners Trollspeed instead of long-term partner Mountune, those upgrades, implemented into the Fiesta at the Canadian round of World RX recently, are also expected also be run in the Civic once rebuilt.

“We’re also working on engines a lot, we’ve had a few problems that we needed to get on top of. With the engines we used in America we’ve have problems with the fuel, so we’ve had to rebuild engines to make sure they fit the fuel better.”

“Exactly what we’re doing with the Honda going forward we haven’t decided yet, but we will make sure they are ready and competitive,” said Eriksson, speaking about the potential of running the cars in ARX or WorldRX.

“Honda want to do something, they didn’t stop rallycross because they didn’t like it, they stopped because it wasn’t making sense because of different happenings. They are still very keen to do it, it fits their market.

"Honda is huge in north America so I think it’s important to have them involved.”

The team is expecting to run at least one Civic before the end of the year, which is likely to be in a RallyX Nordic or World RX round.