Mattias Ekstrom’s EKS Audi Sport squad revealed its 2018 World Rallycross challenger at Loheac in France on Wednesday morning, before completing the first full day of running with the new car.

Continuing with the S1 model it has used in World RX since 2014, the latest iteration of the German hatchback, developed with increased support from Audi, features significant aerodynamic changes at the rear.

Those differences include a revised rear spoiler and the introduction of vents in the roof and rear quarter windows, instead of the more traditional inlets in the rear quarter panels, used to feed air into the rear-mounted radiator.

Ekstrom’s new-for-2018 team mate Andreas Bakkerud undertook the majority of the running in the new car on Wednesday in mixed conditions at the French circuit.

“I just did two or three runs today, but for sure it’s nice to start off and just to try [the new car] and I’m happy to see Andreas enjoys it,” Ekstrom told Motorsport.com.

“We did a private shakedown before this and it feels good. But, what is good? Good is when you’re fast and you can fight for race wins. We have done quite some work but in the end it will depend what the competitors have done as well.”

The Swede says Audi Sport’s involvement with his EKS project has been significant in the development process.

“For sure Audi Sport is really good on many things but one thing that is specific is aerodynamics, so when they come up with something they should listen carefully,” he said of the rear aerodynamic changes.

Asked how close the new S1 is to the version that will be used in the opening World RX in Spain next month, the double-DTM champion explained: “There will be some new things, maybe not to be seen from outside but from inside there are some updates still to come.

"For sure you would like to have more time, an even bigger budget and more experience, but we try as much as we can with what we have.”

With a second day of official testing being held on Thursday at the same circuit, Ekstrom says that is conditions are dry, the team will conduct back-to-back running against its previous car, with which the Swede won the World RX title in 2016.

“I think if it’s dry here and we get some back-to-back running with my championship winning car, then we will have a chance to see what it’s like. In this condition it makes no sense,” he said. 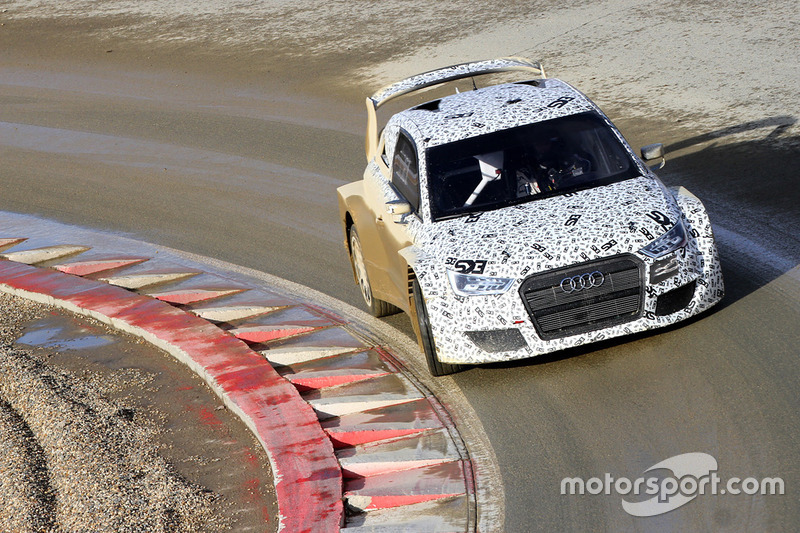 WRX: Abbring to contest the year with a Renault Megane

EKS expands to four cars for Latvia World RX round