The two-time DTM Champion first entered World RX with his own EKS team mid-way through the inaugural year of the series in 2014 and won his second event aboard his squad’s Audi S1 at the Swedish round.

Curtailing his World RX efforts with his DTM day-job for Audi, Ekstrom and his squad won both the drivers’ and teams’ titles in 2016, before securing official Audi support for the following year.

Having increased its support for 2018, Audi then announced its withdrawal from the EKS programme in August, instead choosing to focus on DTM and Formula E.

Ekstrom, meanwhile, ended his DTM career with a farewell drive at the Hockenheim season-opener to focus on rallycross,

Ten-time World RX event winner Ekstrom finished his final full rallycross season second in the points, coming out on top of a final-round battle for the position with team mate Andreas Bakkerud.

“It’s always nice to end on the podium, for sure we tried to win but I think this year you can say we deserved second place to Johan [Kristoffersson] because he did a very good job,” said an emotional Ekstrom.

“For me it was a very different year because I did not have the right flow which I would like to have, but that is also coming when you’re trying more than you can achieve.”

“But anyway, I had a good time and a fantastic team working with me. I must say I enjoyed it and as this will be my last World RX race as a full-timer it was quite a happy end as well.”

The Swede is yet to give an indication as to where he may compete in the future and says the future of his team is undecided.

“I had a fantastic five years as a driver here and I think for the moment it’s time for me to close the chapter off and look for some other challenges," he said.

"What will happen with the team we are still not 100% sure but as soon as we have something to say we will tell this as well, but I think it’s not more than fair enough to say farewell in a nice way.”

Ekstrom has praised nine-time World Rally Champion Sebastien Loeb for the on-track encounters between the pair in World RX.

“This has been a big chapter of my life and I enjoyed a lot of the battles,” he explained. “I would say my best and favourite battles were with Sebastien [Loeb], because those were the most fair.

"The ones with Petter [Solberg] were enjoyable in the beginning and afterwards they got pretty emotional but that’s a part of racing.

"It’s nice to see all the people from the team here for sure, but when you know it’s for the last time it’s something special.” 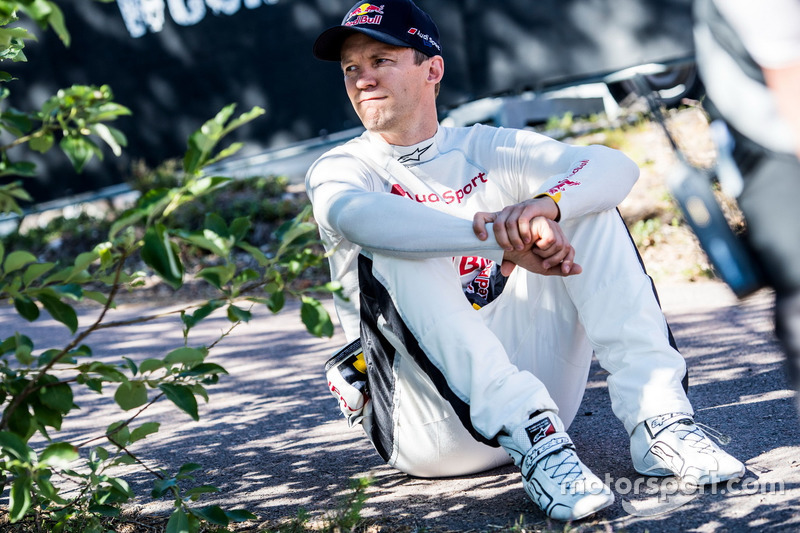