Ex-WRC star Duval returns to World Rallycross for home round 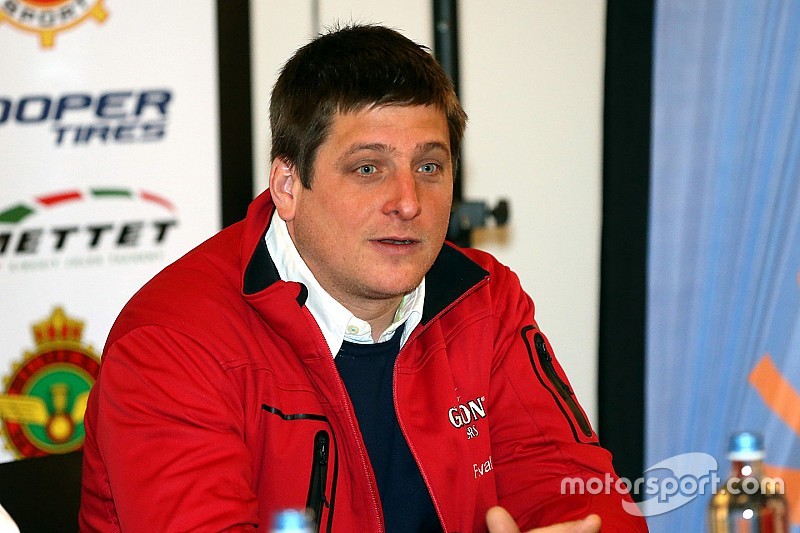 Former Citroen and Ford works WRC driver Francois Duval will return to the World Rallycross Championship for his home round of the series at Mettet in Belgium next month.

Duval, who regularly races in his home rallycross event, will compete in an Albatec Racing Peugeot 208 Supercar.

The former Rally Australia victor is the only Belgian winner of a round of the European Rallycross Championship, claiming victory in a Ford Focus Supercar at Maasmechelen in 2010.

“I am very happy to drive for Albatec Racing at my home event,” said Duval. “Albatec is a serious team; the infrastructure is very good and they are also very sympathetic, which I appreciate a lot.

"They have shown that they have the motivation. This is a car I very much look forward to discovering.”

Last year, the 36-year old raced an OlsbergsMSE Ford Fiesta at Mettet and finished fifth in the final. He will test the Albatec Peugeot 208 in early May.

“We will race effectively the same car as Sebastien Loeb, this is great,” continued Duval. “I have seen the Albatec car in competition and I am very confident that the work they have undertaken over the winter will put us in a strong position to challenge for a good result.

"It will be the first time ever that I drive a Peugeot, so it's again something new for me. I can't wait to race at Mettet!"

Albatec Racing competed in a full World RX campaign in 2014, where it ran a brace of Peugeots for team owner Andy Scott and 1997 Formula 1 World Champion Jacques Villeneuve.

The squad won the final round of the European Championship in Lativa last year with Norwegian Rustad.